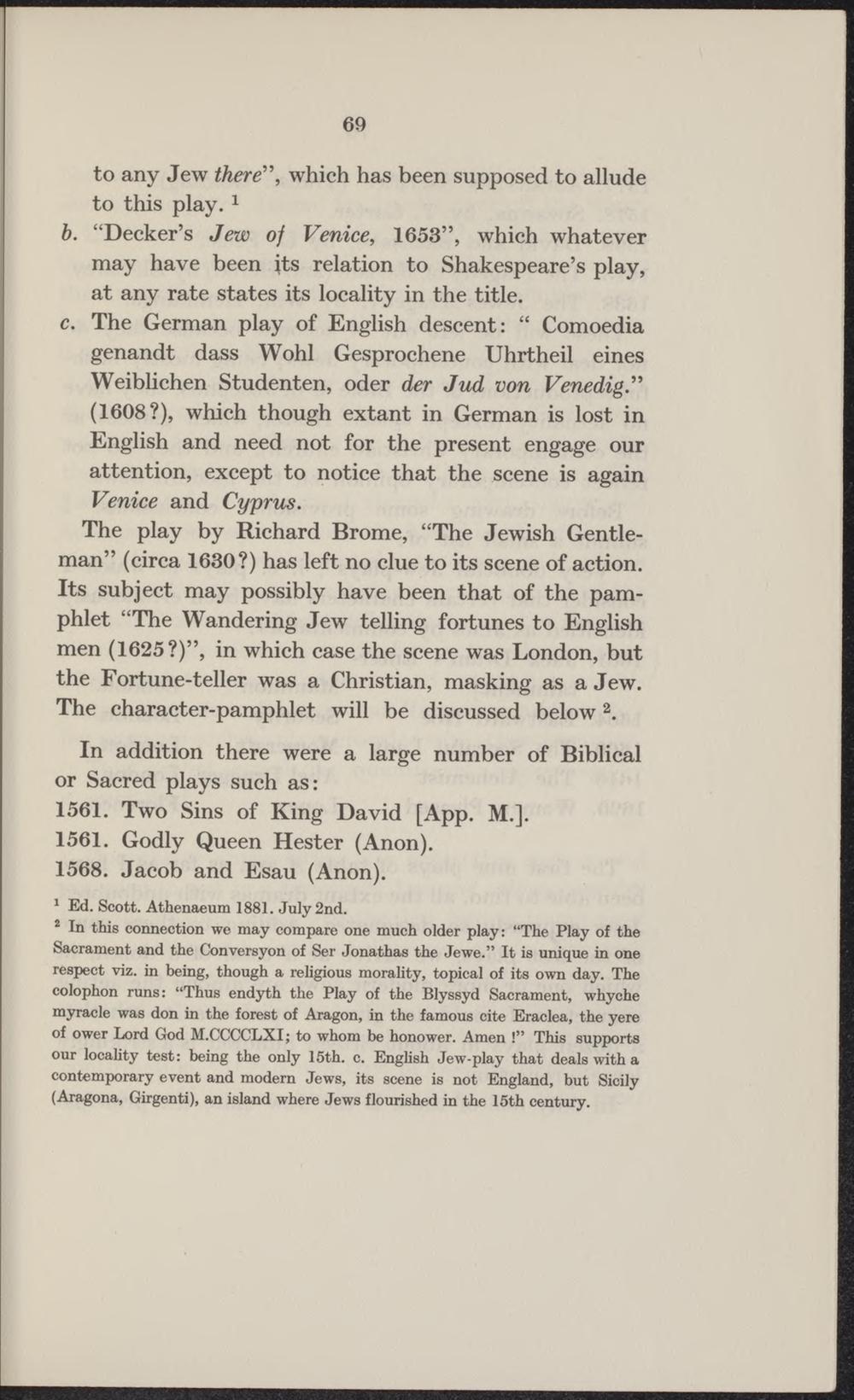 to any Jew there", which has been supposed to allude to this play.1

h. "Decker's Jew of Venice, 1653", which whatever may have been its relation to Shakespeare's play, at any rate states its locality in the title.

c. The German play of English descent: " Comoedia genandt dass Wohl Gesprochene Uhrtheil eines Weiblichen Studenten, oder der Jud von Venedig." (1608?), which though extant in German is lost in English and need not for the present engage our attention, except to notice that the scène is again Venice and Cyprus.

The play by Richard Brome, "The Jewish Gentleman" (circa 1630?) has left no clue to its scène of action. Its subject may possibly have been that of the pamphlet "The Wandering Jew telling fortunes to English men (1625?)", in which case the scène was London, but the Fortune-teller was a Christian, masking as a Jew. The character-pamphlet will be discussed below2.

2 In this oonnection we may compare one much older play: "The Play of the Sacrament and the Conversyon of Ser Jonathas the Jewe." It is unique in one respect viz. in being, though a religious morality, topical of its own day. The colophon runs: "Thus endyth the Play of the Blyssyd Sacrament, whyohe myracle was don in the forest of Aragon, in the famous cite Eraclea, the yere of ower Lord God M.CCCCLXI; to whom be honower. Amen !" This supports our locality test: being the only 16th. c. English Jew-play that deals with a contemporary event and modern Jews, its scène is not England, but Sicily (Aragona, Girgenti), an island where Jews flourished in the 15th century.