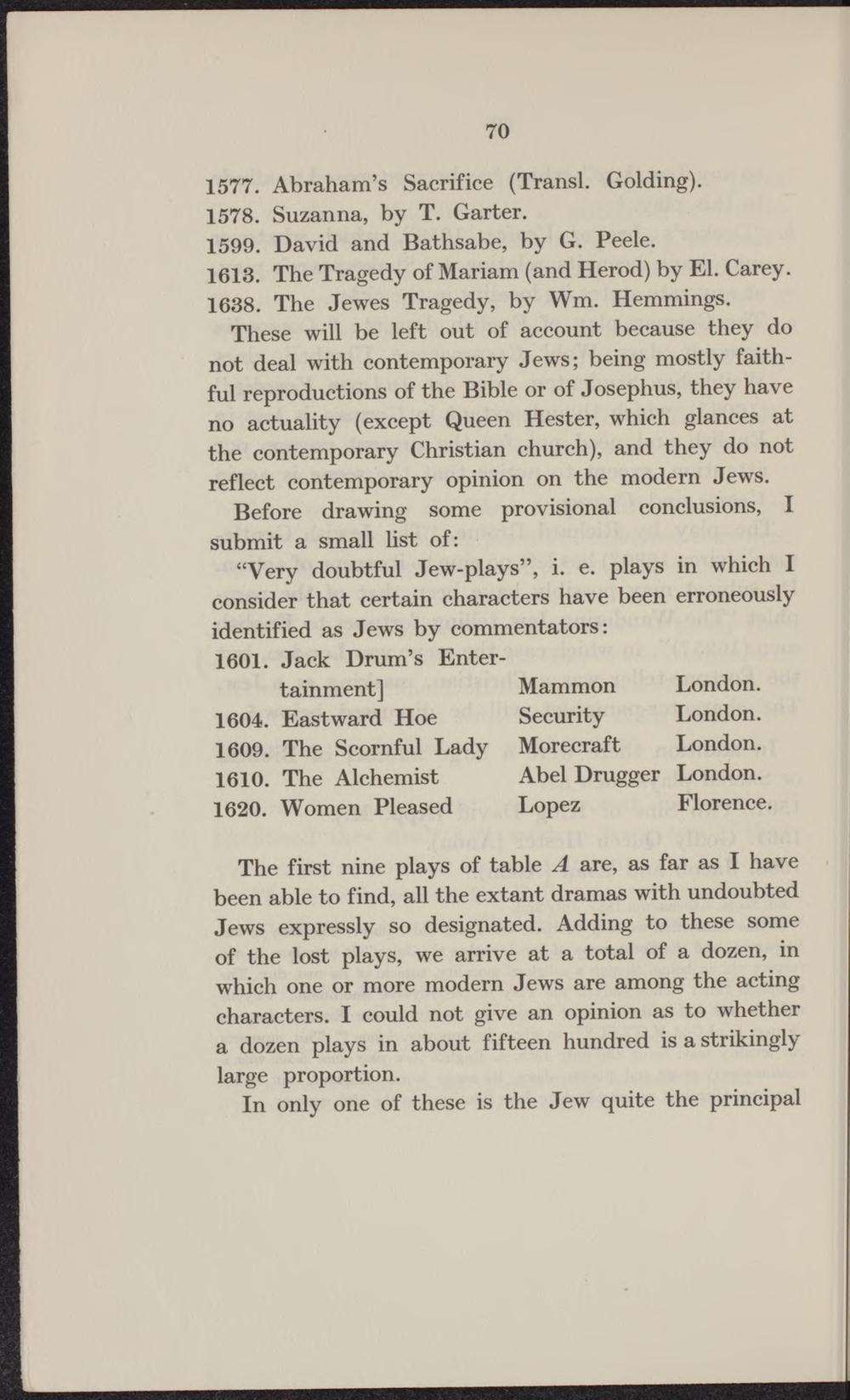 These will be left out of account because they do not deal with contemporary Jews; being mostly faithful reproductions of the Bible or of Josephus, they have no actuality (except Queen Hester, which glances at the contemporary Christian church), and they do not reflect contemporary opinion on the modern Jews.

Before drawing some provisional conclusions, I submit a small hst of:

"Very doubtful Jew-plays", i. e. plays in which I consider that certain characters have been erroneously identified as Jews by commentators: 1601. Jack Drum's Entertainment] Mammon London. 1604. Eastward Hoe Security London.

The first nine plays of table A are, as far as I have been able to find, all the extant dramas with undoubted Jews expressly so designated. Adding to these some of the lost plays, we arrivé at a total of a dozen, in which one or more modern Jews are among the acting characters. I could not give an opinion as to whether a dozen plays in about fifteen hundred is a strikingly large proportion.

In only one of these is the Jew quite the principal