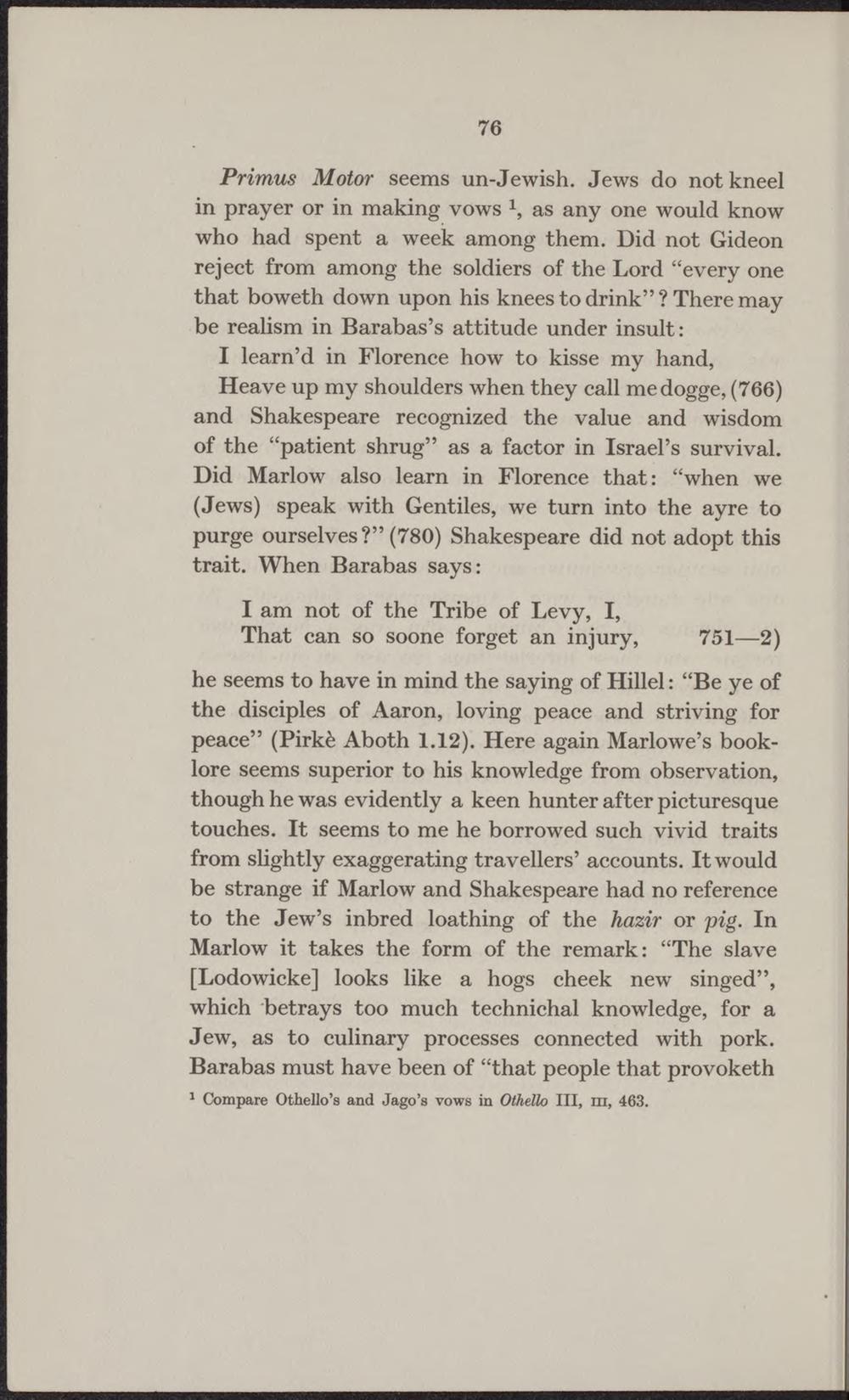 Primus Motor seems un-Jewish. Jews do notkneel in prayer or in making vows \ as any one would know who had spent a week among them. Did not Gideon reject from among the soldiers of the Lord "every one that boweth down upon his knees to drink" ? There may be realism in Barabas's attitude under insult: I learn'd in Florence how to kisse my hand, Heave up my shoulders when they call medogge, (766) and Shakespeare recognized the value and wisdom of the "patiënt shrug" as a factor in IsraeFs survival. Did Marlow also learn in Florence that: "when we (Jews) speak with Gentiles, we turn into the ayre to purge ourselves?"(780) Shakespeare did not adopt this trait. When Barabas says:

he seems to have in mind the saying of Hillel: "Be ye of the disciples of Aaron, loving peace and striving for peace" (Pirkè Aboth 1.12). Here again Marlowe's booklore seems superior to his knowledge from observation, though he was evidently a keen hunter after picturesque touches. It seems to me he borrowed such vivid traits from süghtly exaggerating travellers' accounts. It would be strange if Marlow and Shakespeare had no reference to the Jew's inbred loathing of the hazir or pig. In Marlow it takes the form of the remark: "The slave [Lodowicke] looks like a hogs cheek new singed", which betrays too much technichal knowledge, for a Jew, as to culinary processes connected with pork. Barabas must have been of "that people that provoketh