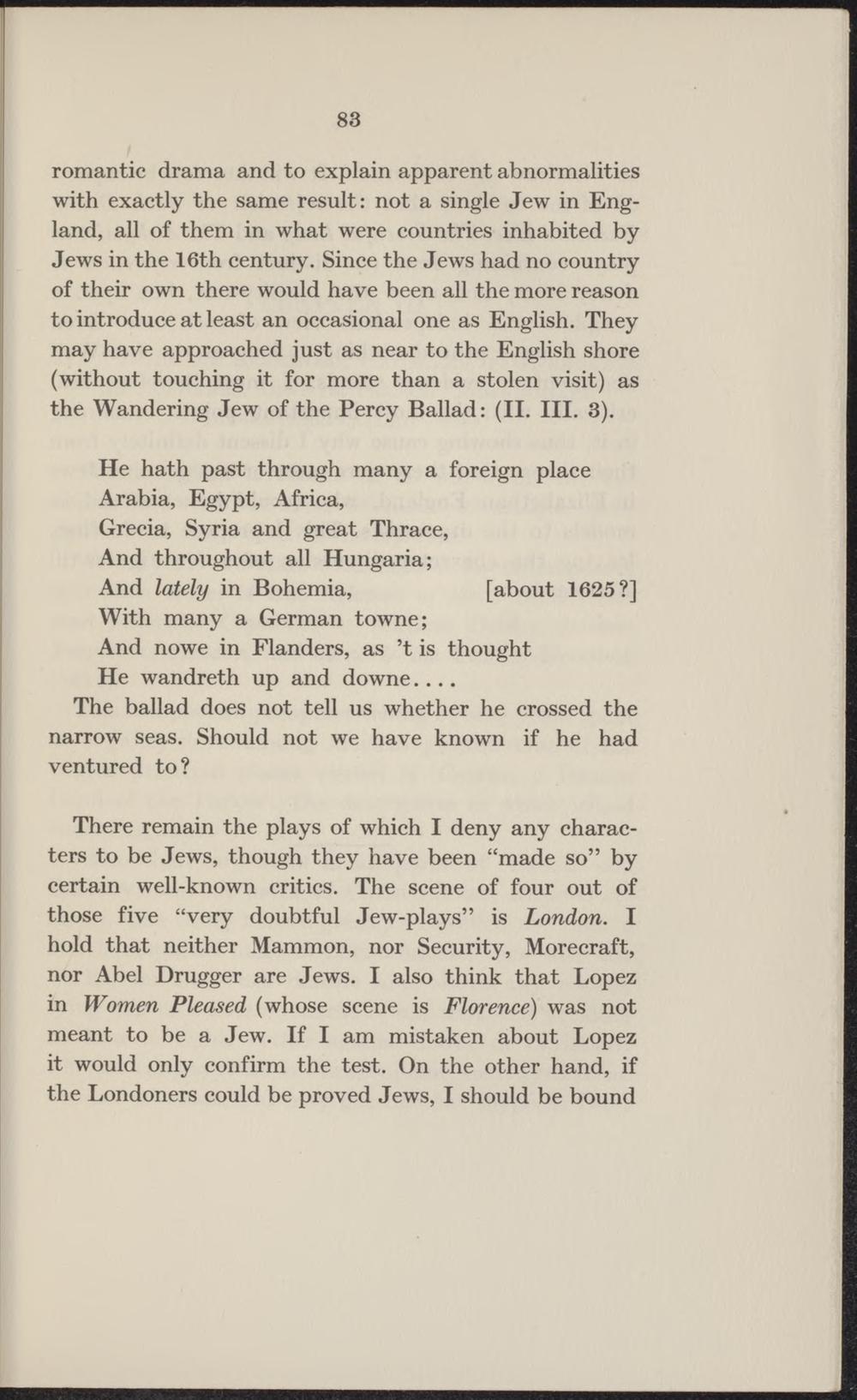 romantic drama and to explain apparent abnormalities with exactly the same result: not a single Jew in England, all of them in what were countries inhabited by Jews in the 16th century. Since the Jews had no country of their own there would have been all the more reason to introducé at least an occasional one as English. They may have approached just as near to the English shore (without touching it for more than a stolen visit) as the Wandering Jew of the Percy Ballad: (II. III. 3).

He hath past through many a foreign place

And throughout all Hungaria;

With many a German towne;

And nowe in Flanders, as 't is thought

He wandreth up and downe .

The ballad does not teil us whether he crossed the narrow seas. Should not we have known if he had ventured to?

There remain the plays of which I deny any characters to be Jews, though they have been "made so" by certain well-known critics. The scène of four out of those five "very doubtful Jew-plays" is London. I hold that neither Mammon, nor Security, Morecraft, nór Abel Drugger are Jews. I also think that Lopez in Women Pleased (whose scène is Florence) was not meant to be a Jew. If I am mistaken about Lopez it would only confirm the test. On the other hand, if the Londoners could be proved Jews, I should be bound