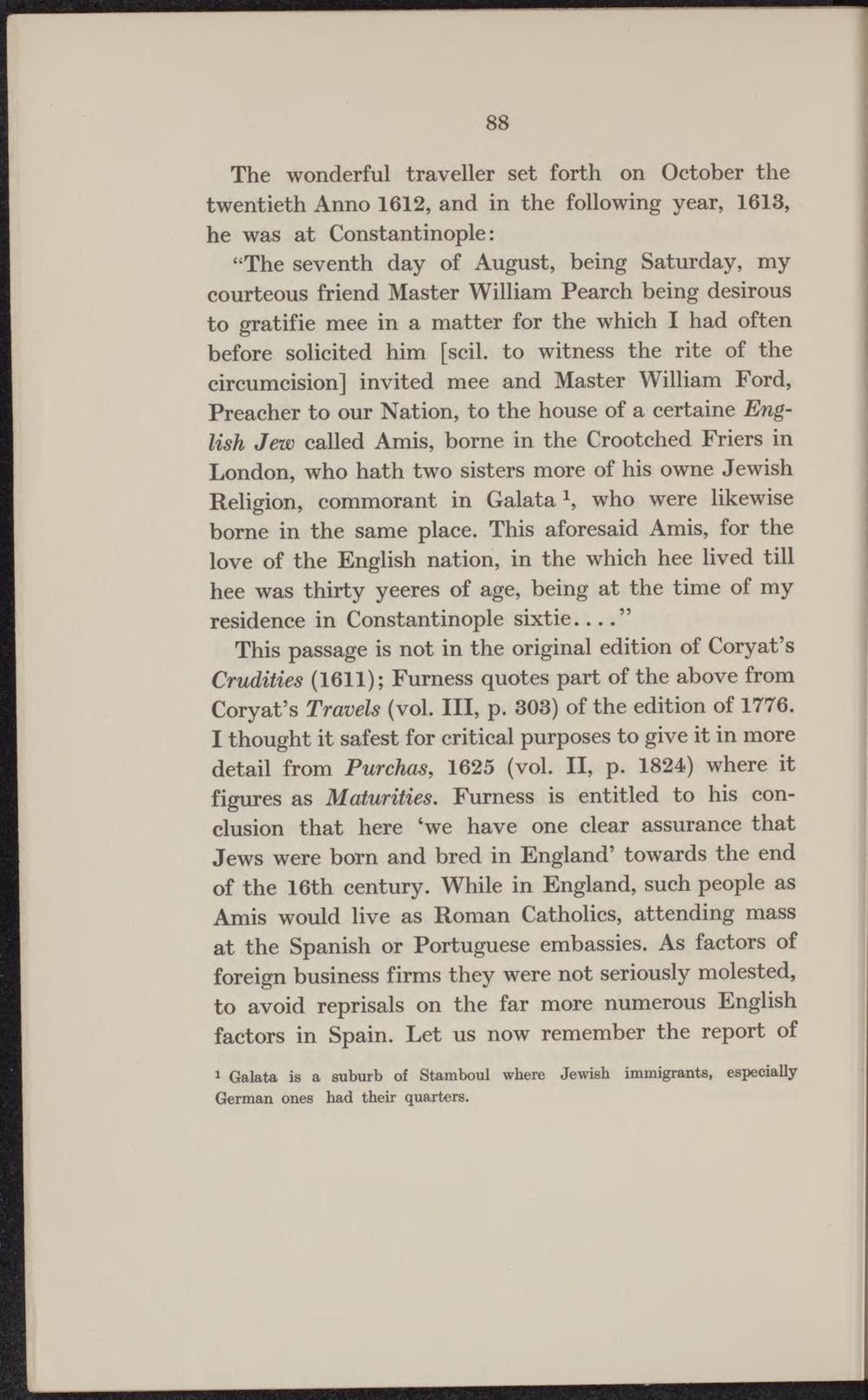 The wonderful travelier set forth on October the twentieth Anno 1612, and in the following year, 1613, he was at Constantinople:

"The seventh day of August, being Saturday, my courteous friend Master William Pearch being desirous to gratifie mee in a matter for the which I had often before solicited him [scil. to witness the rite of the circumcision] invited mee and Master William Ford, Preacher to our Nation, to the house of a certaine English Jew called Amis, borne in the Crootched Friers in London, who hath two sisters more of his owne Jewish Religion, commorant in Galata1, who were likewise borne in the same place. This aforesaid Amis, for the love of the English nation, in the which hee lived till hee was thirty yeeres of age, being at the time of my residence in Constantinople sixtie...."

This passage is not in the original edition of Coryat's Crudities (1611); Furness quotes part of the above from Coryat's Travels (vol. III, p. 303) of the edition of 1776. I thought it safest for critical purposes to give it in more detail from Purchas, 1625 (vol. II, p. 1824) where it figures as Maturities. Furness is entitled to his conclusion that here 'we have one clear assurance that Jews were born and bred in England' towards the end of the 16th century. While in England, such people as Amis would live as Roman Catholics, attending mass at the Spanish or Portuguese embassies. As factors of foreign business firms they were not seriously molested, to avoid reprisals on the far more numerous English factors in Spain. Let us now remember the report of

1 Galata is a suburb of Stamboul where Jewish immigrants, especially German ones had their quarters.