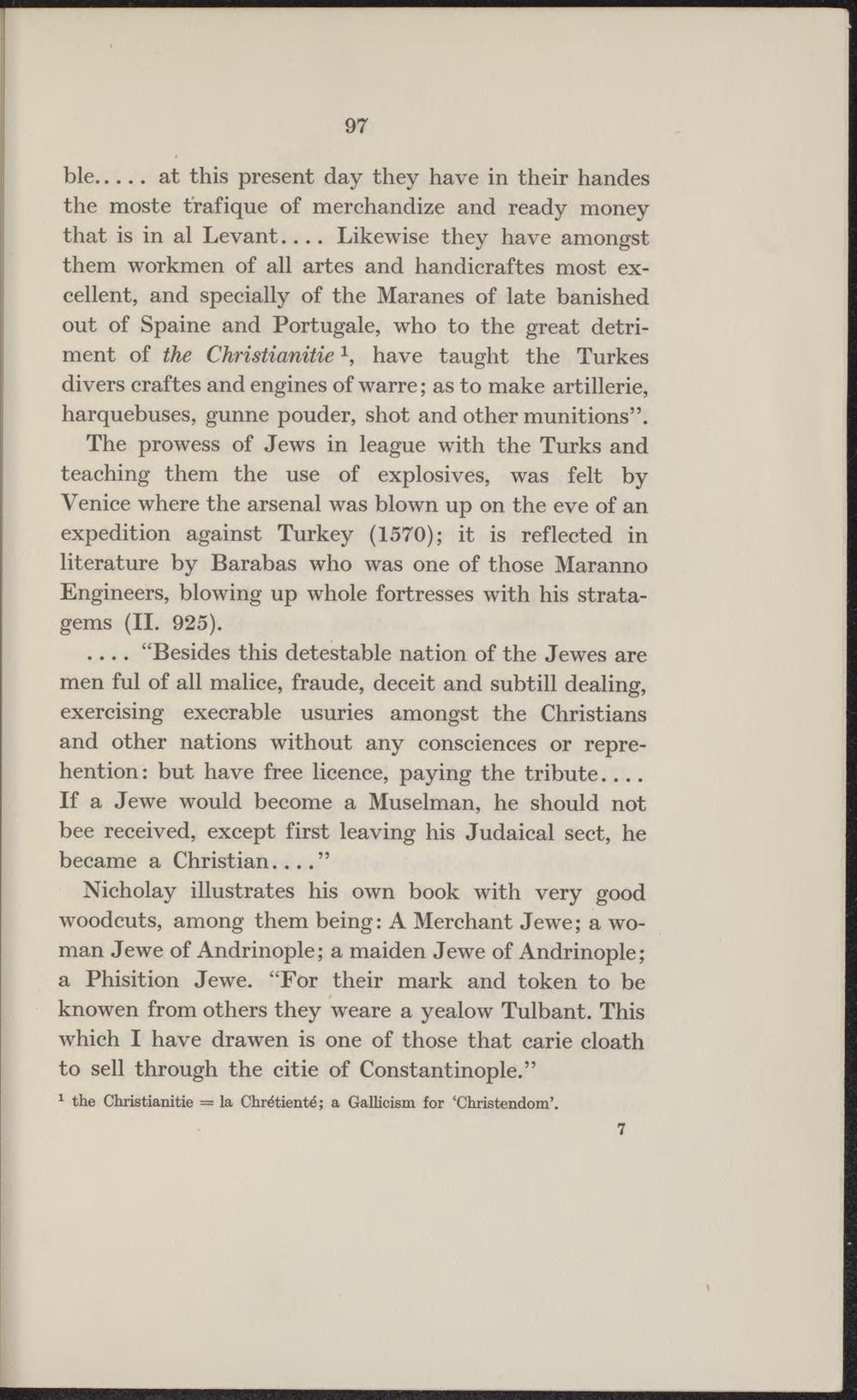 ble at this present day they have in their handes

the moste trafique of merchandize and ready money that is in al Levant.... Likewise they have amongst them workmen of all artes and handicraftes most excellent, and specially of the Maranes of late banished out of Spaine and Portugale, who to the great detriment of the Christianitier, have taught the Turkes divers craftes and engines of warre; as to make artillerie, harquebuses, gunne pouder, shot and other munitions".

The prowess of Jews in league with the Turks and teaching them the use of explosives, was feit by Venice where the arsenal was blown up on the eve of an expedition against Turkey (1570); it is reflected in literature by Barabas who was one of those Maranno Engineers, blowing up whole fortresses with his stratagems (II. 925).

.... "Besides this detestable nation of the Jewes are men ful of all malice, fraude, deceit and subtill dealing, exercising execrable usuries amongst the Christians and other nations without any consciences or reprehention: but have free licence, paying the tribute.... If a Jewe would become a Muselman, he should not bee received, except first leaving his Judaical sect, he became a Christian...."

Nicholay illustrates his own book with very good woodcuts, among them being: A Merchant Jewe; a woman Jewe of Andrinople; a maiden Jewe of Andrinople; a Phisition Jewe. "For their mark and token to be knowen from others they weare a yealow Tulbant. This which I have drawen is one of those that carie cloath to sell through the citie of Constantinople."