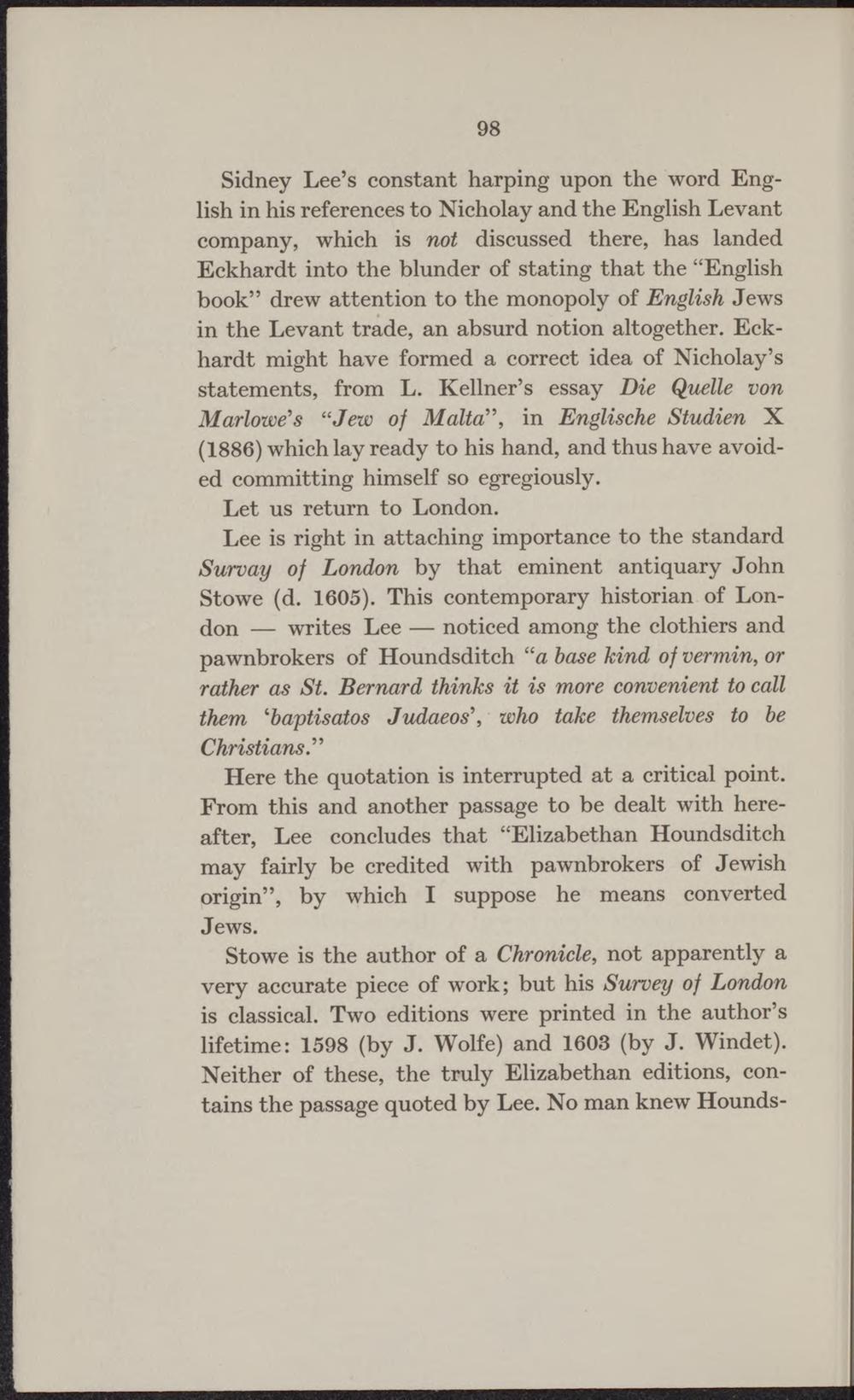 Sidney Lee's constant harping upon the word English in his references to Nicholay and the English Levant company, which is not discussed there, has landed Eckhardt into the blunder of stating that the "English book" drew attention to the monopoly of English Jews in the Levant trade, an absurd notion altogether. Eckhardt might have formed a correct idea of Nicholay's statements, from L. Kellner's essay Die Quelle von Marlowe's "Jew of Malta", in Englische Studiën X (1886) which layready to his hand, and thus have avoided committing himself so egregiously.

Let us return to London.

Lee is right in attaching importance to the Standard Survay of London by that eminent antiquary John Stowe (d. 1605). This contemporary historian of London — writes Lee — noticed among the clothiers and pawnbrokers of Houndsditch "a base kind of vermin, or rather as St. Bernard thinks it is more convenient to call them 'baptisatos Judaeos\ who take themselves to be Christians."

Here the quotation is interrupted at a critical point. From this and another passage to be dealt with hereafter, Lee concludes that "Elizabethan Houndsditch may fairly be credited with pawnbrokers of Jewish prigin", by which I suppose he means converted Jews.

Stowe is the author of a Chronicle, not apparently a very accurate piece of work; but his Survey of London is classical. Two editions were printed in the author's lifetime: 1598 (by J. Wolfe) and 1603 (by J. Windet). Neither of these, the tmly Elizabethan editions, contains the passage quoted by Lee. No man knew Hounds-