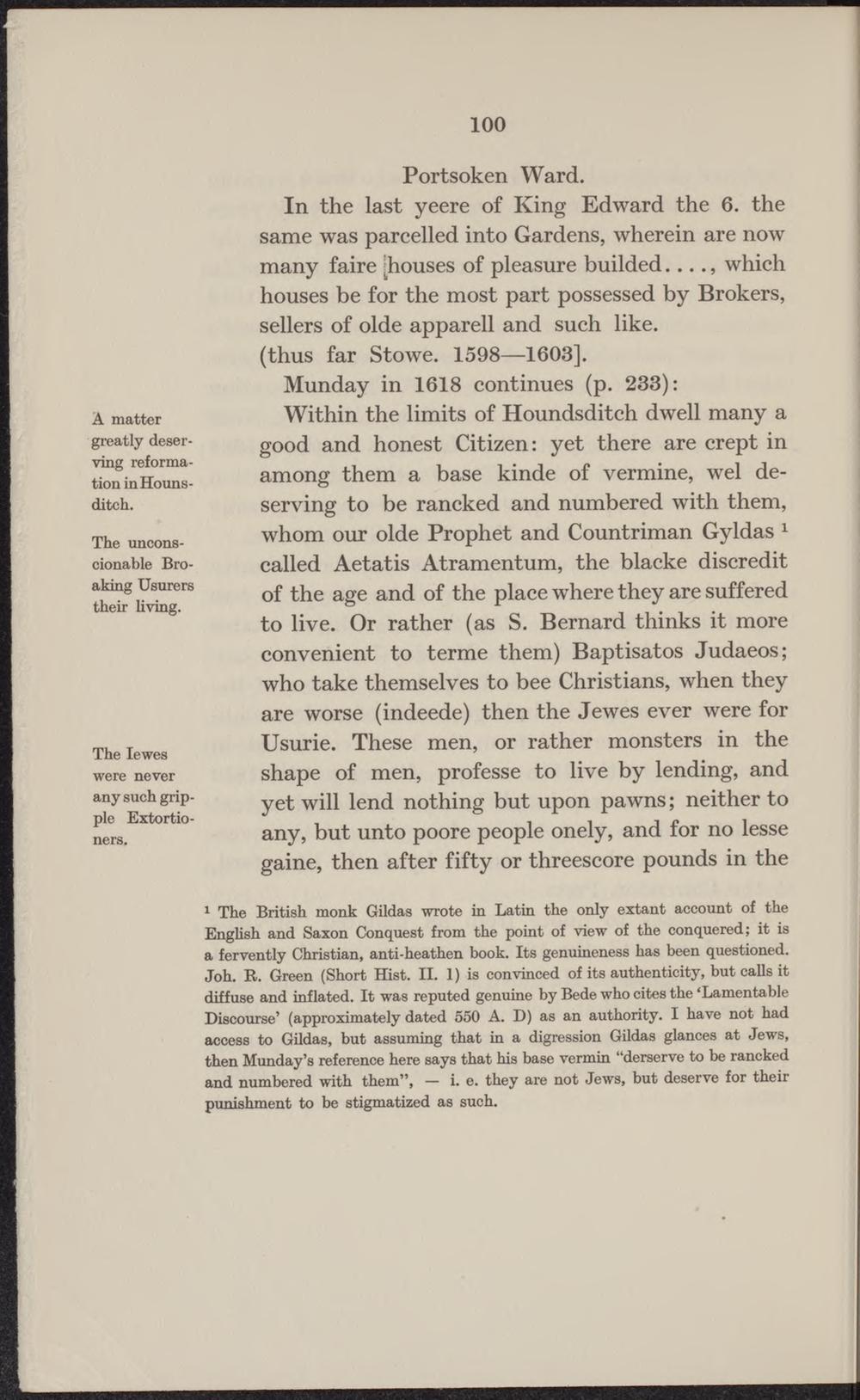 The Iewes were never any such gripple Extortioners.

Portsoken Ward. In the last yeere of King Edward the 6. the same was parcelled into Gardens, wherein are now many faire [houses of pleasure builded...., which houses be for the most part possessed by Brokers, seüers of olde apparell and such like. (thus far Stowe. 1598—1603].

Munday in 1618 continues (p. 233): Within the limits of Houndsditch dweil many a good and honest Citizen: yet there are crept in among them a base kinde of vermine, wel deserving to be rancked and numbered with them, whom our olde Prophet and Countriman Gyldas 1 called Aetatis Atramentum, the blacke discredit of the age and of the place where they are suffered to live. Or rather (as S. Bernard thinks it more convenient to terme them) Baptisatos Judaeos; who take themselves to bee Christians, when they are worse (indeede) then the Jewes ever were for Usurie. These men, or rather monsters in the shape of men, professe to live by lending, and yet will lend nothing but upon pawns; neither to any, but unto poore people onely, and for no lesse

gaine, then after fifty or threescore pounds in the

1 The British monk Gildas wrote in Latin the only extant account of the English and Saxon Conquest from the point of view of the conquered; it is a fervently Christian, anti-heathen book. Its genuineness has been questioned. Joh. R. Green (Short Hist. TL 1) is convinoed of its authenticity, but oalls it diffuse and inflated. It was reputed genuine by Bede who cites the 'Lamentable Discourse' (approximately dated 560 A. D) as an authority. I have not had access to Gildas, but assuming that in a digression Gildas glances at Jews, then Munday's reference here says that his base vermin "derserve to be ranoked and numbered with them", — i. e. they are not Jews, but deserve for their punishment to be stigmatized as such.