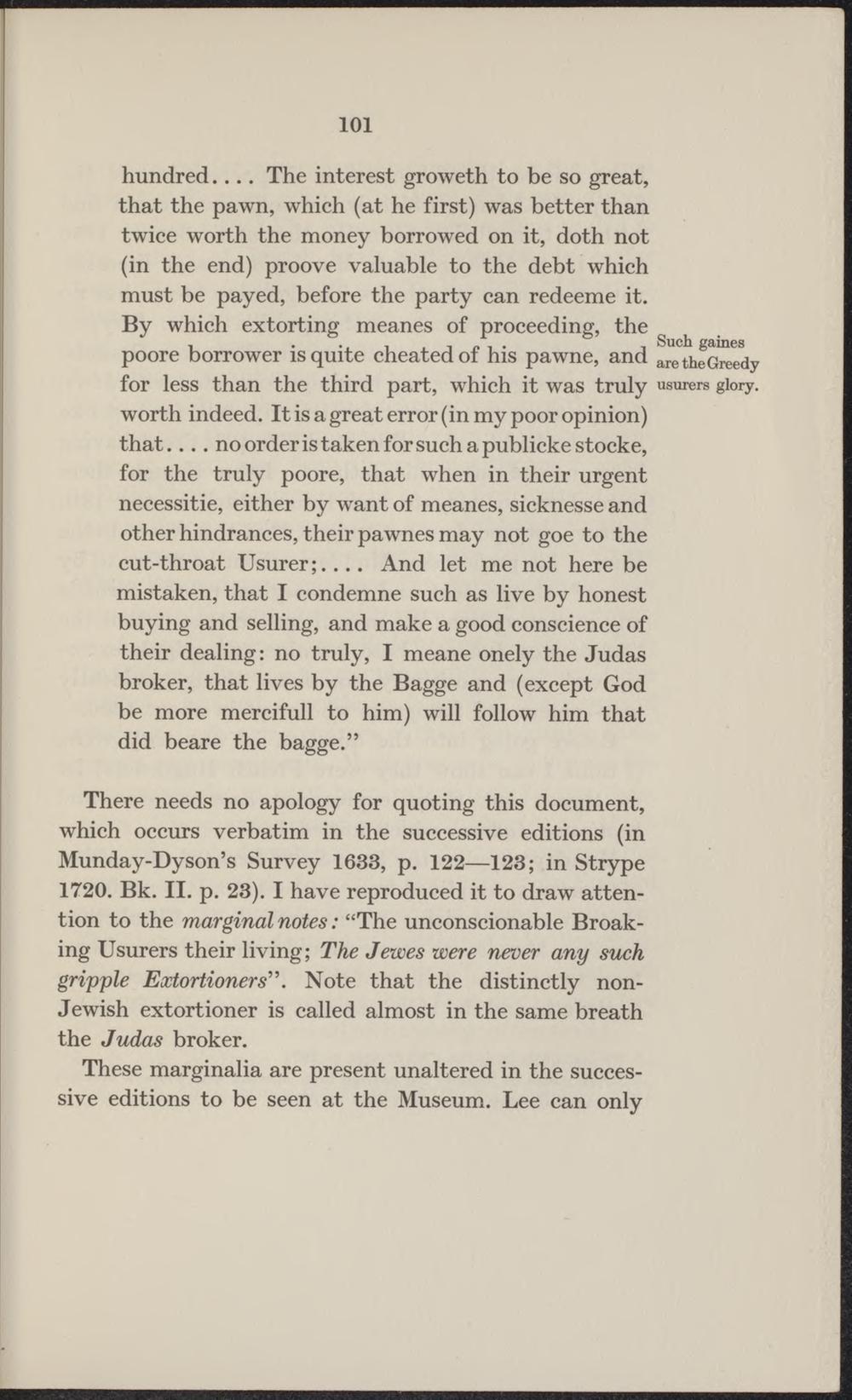 hundred.... The interest groweth to be so great,

that the pawn, which (at he first) was better than

twice worth the money borrowed on it, doth not

(in the end) proove valuable to the debt which

must be payed, before the party can redeeme it.

By which extorting meanes of proceeding, the

for less than the third part, which it was truly usurers glory.

worth indeed. It is a great error (in my poor opinion)

that.... noorder is taken for such a publieke stocke,

for the truly poore, that when in their urgent

necessitie, either by want of meanes, sicknesse and

other hindrances, their pawnes may not goe to the

cut-throat Usurer;.... And let me not here be

mistaken, that I condemne such as live by honest

buying and selling, and make a good conscience of

their dealing: no truly, I meane onely the Judas

broker, that lives by the Bagge and (except God

be more mercifull to him) will follow him that

did beare the bagge."

There needs no apology for quoting this document, which occurs verbatim in the successive editions (in Munday-Dyson's Survey 1633, p. 122—123; in Strype 1720. Bk. II. p. 28). I have reproduced it to draw attention to the marginal notes: "The unconscionable Broaking Usurers their living; The Jewes were never any such gripple Extortioners". Note that the distinctly nonJewish extortioner is called almost in the same breath the Judas broker.

These marginalia are present unaltered in the successive editions to be seen at the Museum. Lee can only