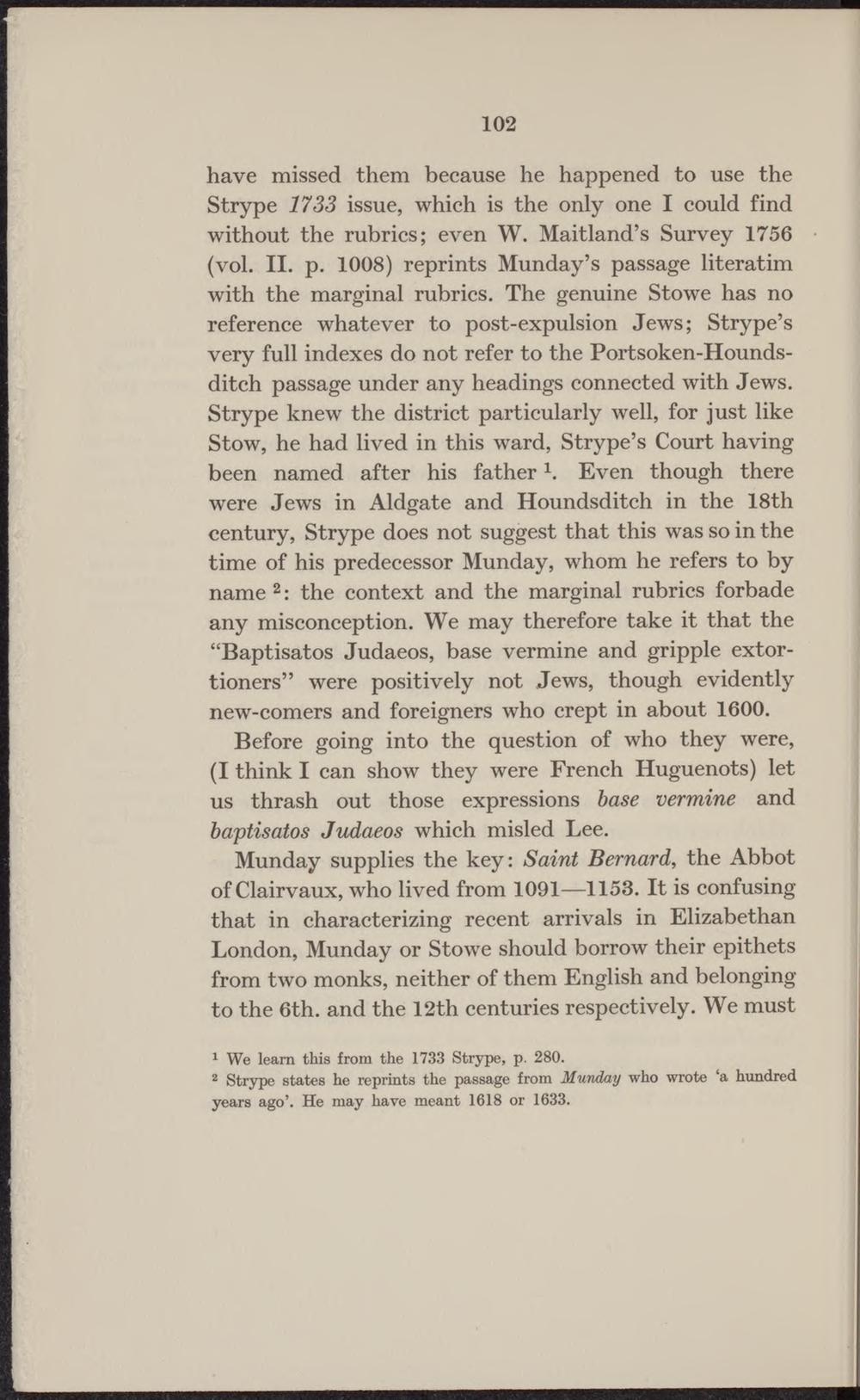 have missed them because he happened to use the Strype 1733 issue, which is the only one I could find without the rubrics; even W. Maitland's Survey 1756 (vol. II. p. 1008) reprints Munday's passage literatim with the marginal rubrics. The genuine Stowe has no reference whatever to post-expulsion Jews; Strype's very full indexes do not refer to the Portsoken-Houndsditch passage under any headings connected with Jews. Strype knew the district particularly well, for just like Stow, he had lived in this ward, Strype's Court having been named after his father k Even though there were Jews in Aldgate and Houndsditch in the 18th century, Strype does not suggest that this was so in the time of his predecessor Munday, whom he refers to by name 2: the context and the marginal rubrics forbade any misconception. We may therefore take it that the "Baptisatos Judaeos, base vermine and gripple extortioners" were positively not Jews, though evidently new-comers and foreigners who crept in about 1600.

Before going into the question of who they were, (I think I can show they were French Huguenots) let us thrash out those expressions base vermine and baptisatos Judaeos which misled Lee.

Munday supplies the key: Saint Bernard, the Abbot of Clairvaux, who lived from 1091—1153. It is confusing that in characterizing recent arrivals in Elizabethan London, Munday or Stowe should borrow their epithets from two monks, neither of them English and belonging to the 6th. and the 12th centuries respectively. We must

2 Strype states he reprints the passage from Munday who wrote 'a hundred years ago'. He may have meant 1618 or 1633.