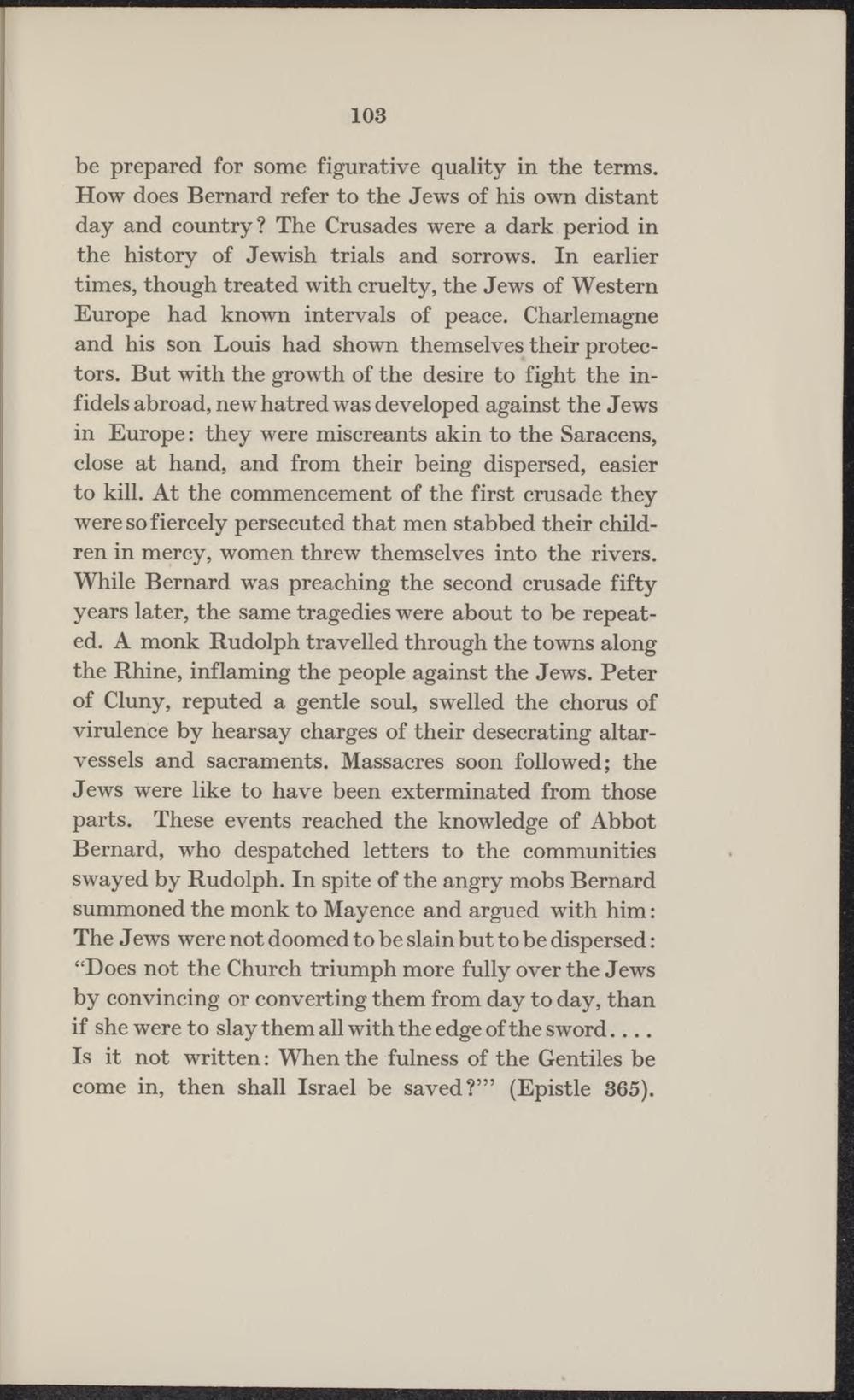 be prepared for some figurative quality in the terms. How does Bernard refer to the Jews of his own distant day and country? The Crusades were a dark period in the history of Jewish trials and sorrows. In earlier times, though treated with cruelty, the Jews of Western Europe had known intervals of peace. Charlemagne and his son Louis had shown themselves their protectors. But with the growth of the desire to fight the infidelsabroad,new hatred was developed against the Jews in Europe: they were miscreants akin to the Saracens, close at hand, and from their being dispersed, easier to kül. At the commencement of the first crusade they were sofiercely persecuted that men stabbed their children in mercy, women threw themselves into the rivers. While Bernard was preaching the second crusade fifty years later, the same tragedies were about to be repeated. A monk Rudolph travelled through the towns along the Rhine, inflaming the people against the Jews. Peter of Cluny, reputed a gentle soul, swelled the chorus of virulence by hearsay charges of their desecrating altarvessels and sacraments. Massacres soon followed; the Jews were like to have been exterminated from those parts. These events reached the knowledge of Abbot Bernard, who despatched letters to the communities swayed by Rudolph. In spite of the angry mobs Bernard summoned the monk to Mayence and argued with him: The Jews were not doomed to be slain but to be dispersed: "Does not the Church triumph more fully over the Jews by convincing or converting them from day to day, than if she were to slay them all with the edge of the sword.... Is it not written: When the fulness of the Gentiles be come in, then shall Israël be saved?'" (Epistle 365).