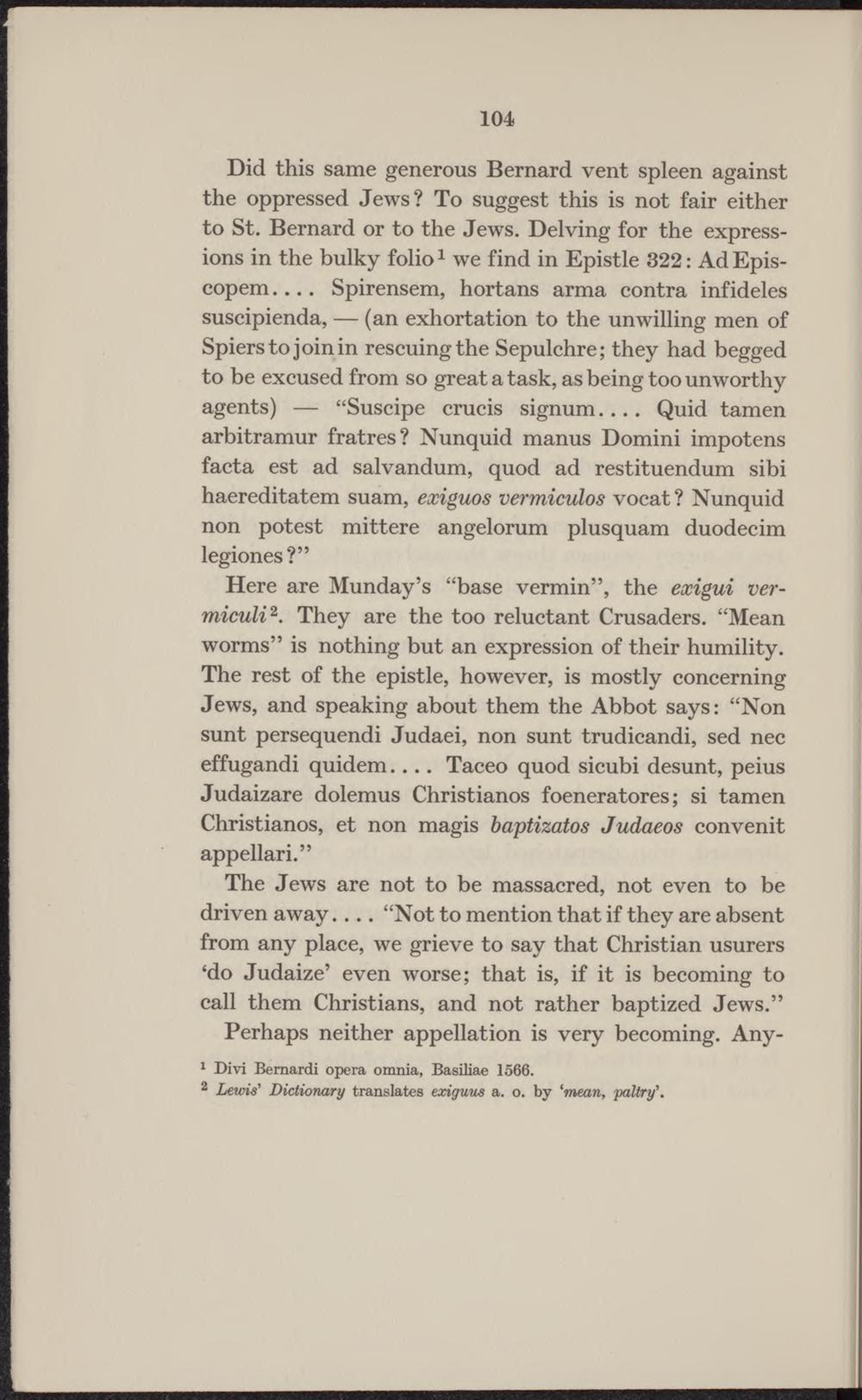 Did this same generous Bernard vent spleen against the oppressed Jews? To suggest this is not fair either to St. Bernard or to the Jews. Delving for the expressions in the bulky folio1 we find in Epistle 822: AdEpiscopem.... Spirensem, hortans arma contra infideles suscipienda, — (an exhortation to the unwilling men of Spierstojoinin rescuingthe Sepulchre; they had begged to be excused from so great atask, as being toounworthy

The Jews are not to be massacred, not even to be driven away.... "Not to mention that if they are absent from any place, we grieve to say that Christian usurers 'do Judaize' even worse; that is, if it is becoming to call them Christians, and not rather baptized Jews."

Perhaps neither appellation is very becoming. Any-