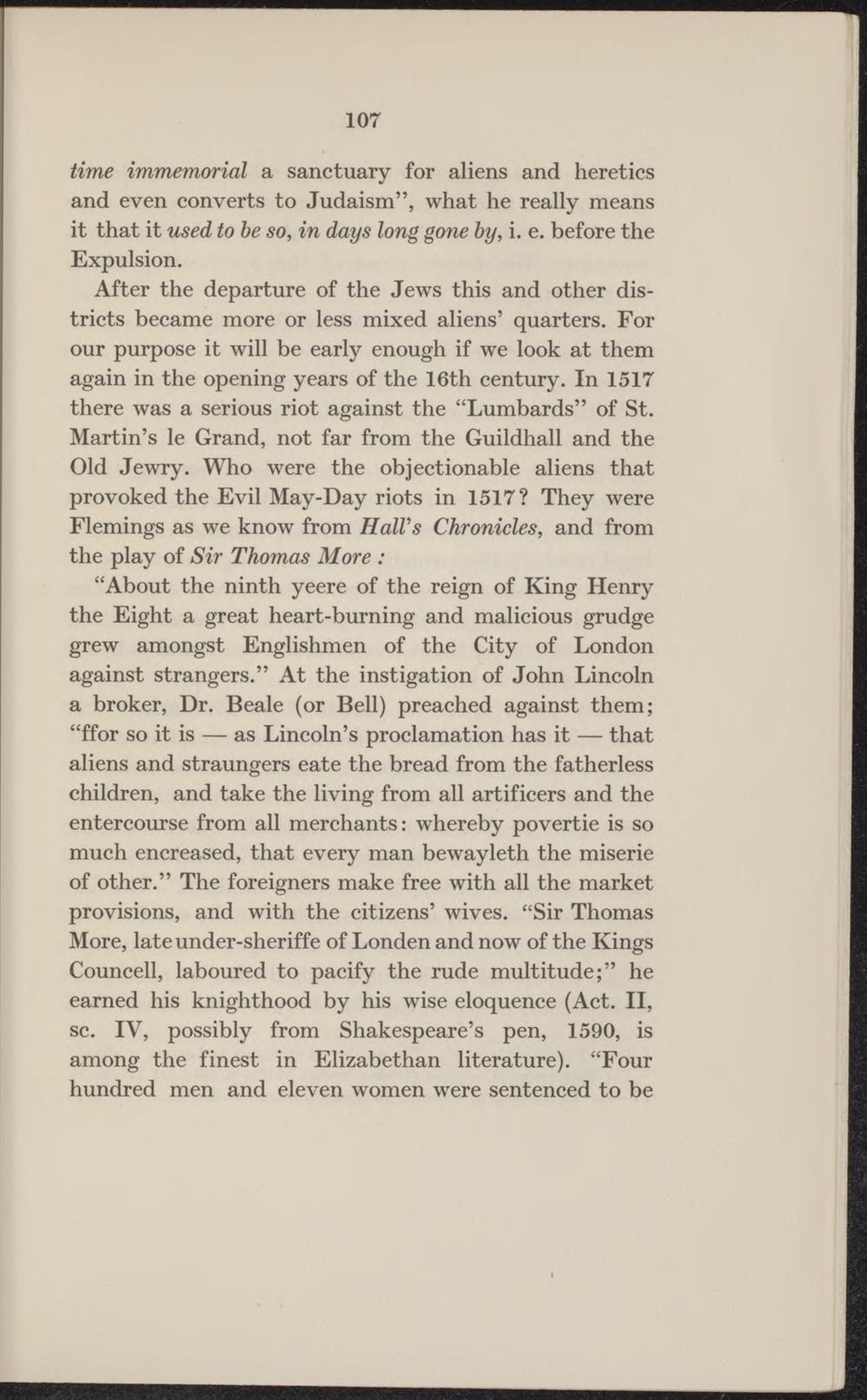 time immemorial a sanctuary for aliens and heretics and even converts to Judaism", what he really means it that it used to be so, in days long gone by, i. e. before the Expulsion.

After the departure of the Jews this and other districts became more or less mixed aliens' quarters. For our purpose it will be early enough if we look at them again in the opening years of the 16th century. In 1517 there was a serious riot against the "Lumbards" of St. Martin's le Grand, not far from the Guildhall and the Old Jewry. Who were the objectionable aliens that provoked the Evil May-Day riots in 1517 ? They were Flemings as we know from HalVs Chronicles, and from the play of Sir Thomas More:

"About the ninth yeere of the reign of King Henry the Eight a great heart-burning and malicious grudge grew amongst Englishmen of the City of London against strangers." At the instigation of John Lincoln a broker, Dr. Beale (or Bell) preached against them; "ffor so it is — as Lincoln's proclamation has it — that aliens and straungers eate the bread from the fatherless children, and take the living from all artificers and the entercourse from all merchants: whereby povertie is so much encreased, that every man bewayleth the miserie of other." The foreigners make free with all the market provisions, and with the citizens' wives. "Sir Thomas More, lateunder-sheriffe of Londen and now of the Kings Councell, laboured to pacify the rude multitude;" he earned his knighthood by his wise eloquence (Act. II, sc. IV, possibly from Shakespeare's pen, 1590, is among the finest in Elizabethan literature). "Four hundred men and eleven women were sentenced to be