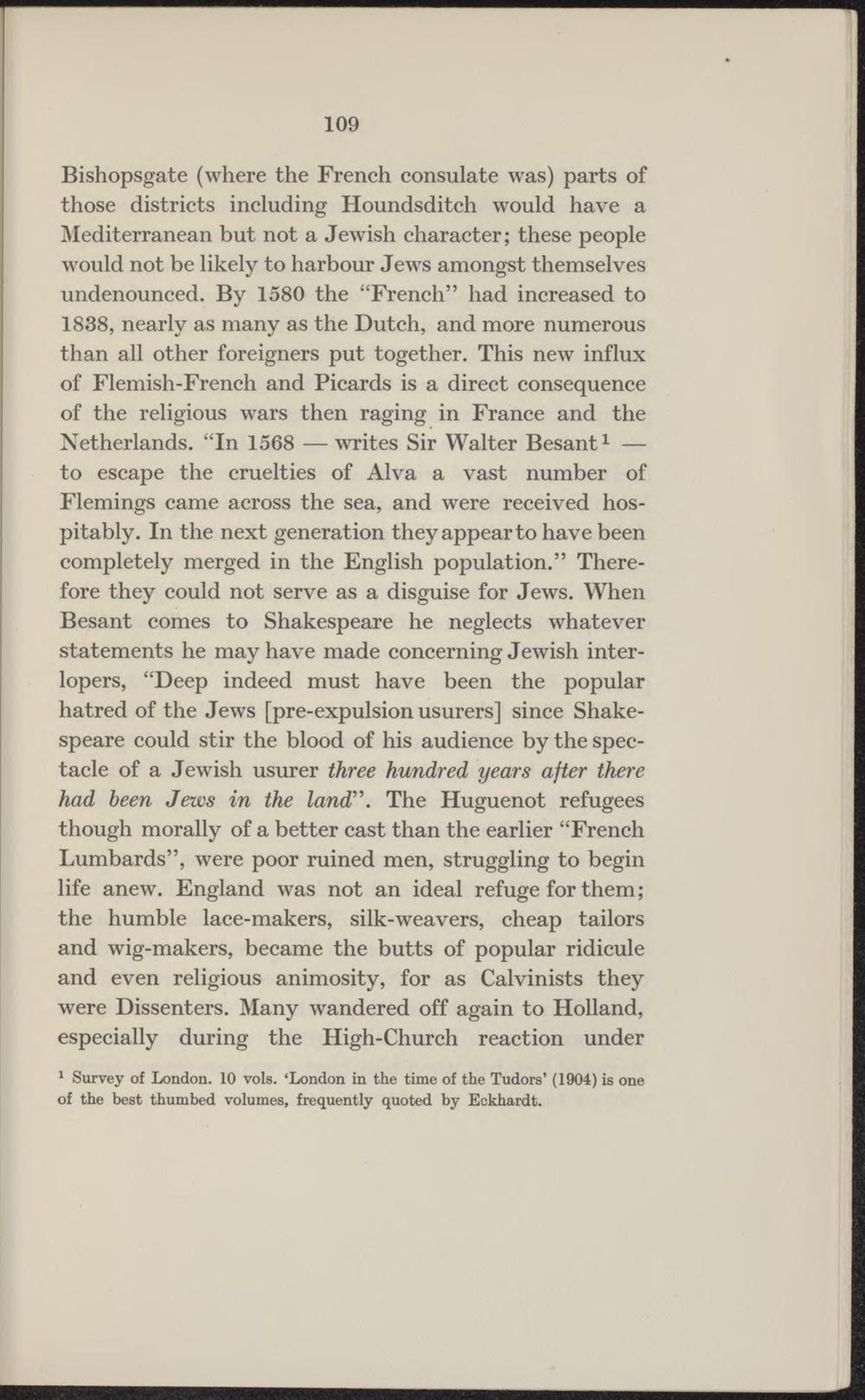 Bishopsgate (where the French consulate was) parts of those districts including Houndsditch would have a Mediterranean but not a Jewish character; these people would not be likely to harbour Jews amongst themselves undenounced. By 1580 the "French" had increased to 1838, nearly as many as the Dutch, and more numerous than all other foreigners put together. This new influx of Flemish-French and Picards is a direct consequence of the religious wars then raging in France and the Netherlands. "In 1568 — writes Sir Walter Besant1 — to escape the cruelties of Alva a vast number of Flemings came across the sea, and were received hospitably. In the next generation they appearto have been completely merged in the English population." Therefore they could not serve as a disguise for Jews. When Besant comes to Shakespeare he neglects whatever statements he may have made concerning Jewish interlopers, "Deep indeed must have been the popular hatred of the Jews [pre-expulsion usurers] since Shakespeare could stir the blood of his audience by the spectacle of a Jewish usurer three hundred years after there had been Jews in the land". The Huguenot refugees though morally of a better cast than the earlier "French Lumbards", were poor ruined men, struggling to begin life anew. England was not an ideal refuge for them; the humble lace-makers, silk-weavers, cheap tailors and wig-makers, became the butts of popular ridicule and even religious animosity, for as Calvinists they were Dissenters. Many wandered off again to Holland, especially during the High-Church reaction under

1 Survey of London. 10 vols. 'London in the time of the Tudors' (1904) is one of the best thumbed volumes, frequently quoted by Eckhardt.