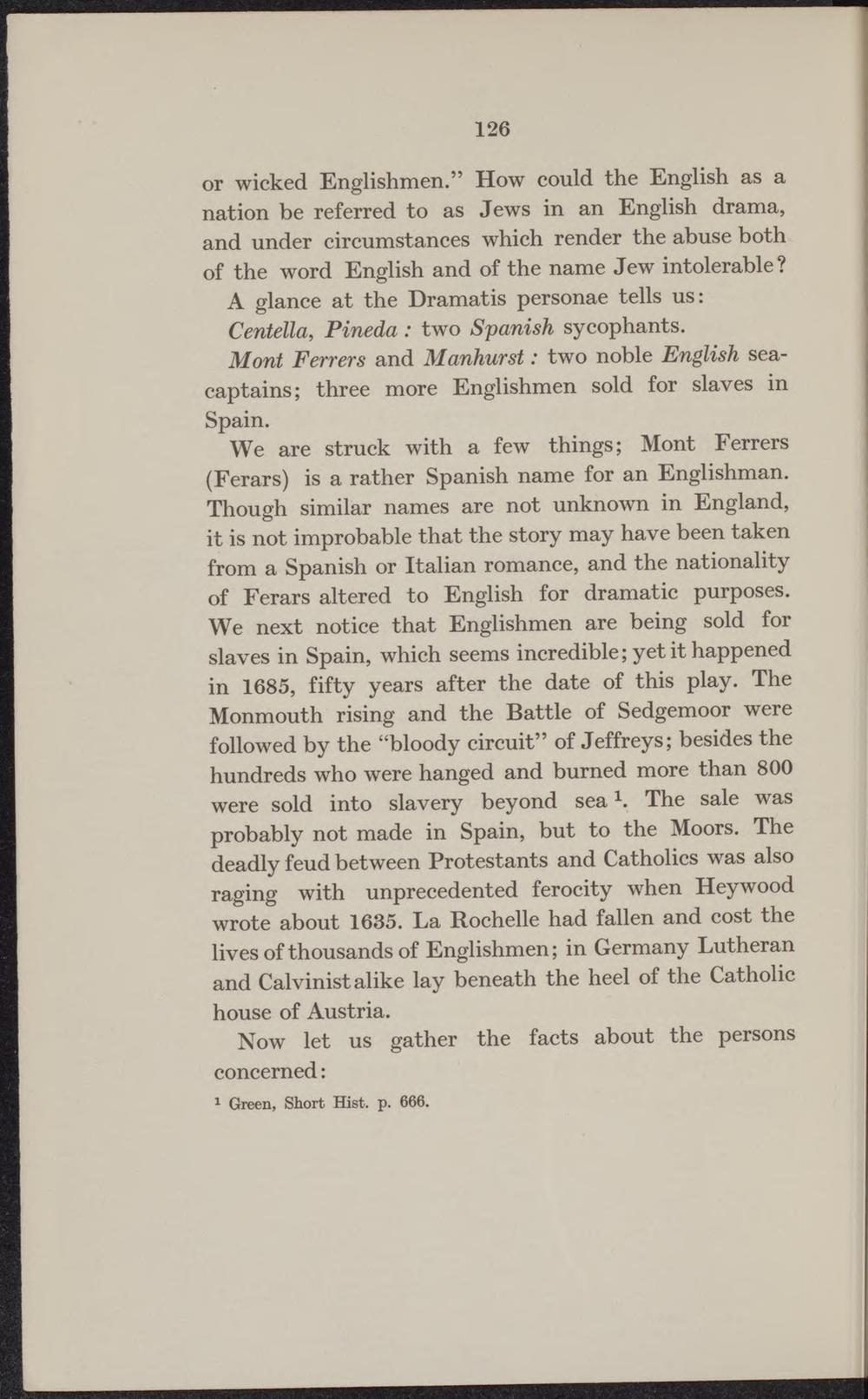 or wicked Englishmen." How could the English as a nation be referred to as Jews in an English drama, and under circumstances which render the abuse both of the word English and of the name Jew intolerable? A glance at the Dramatis personae tells us: Centella, Pineda: two Spanish sycophants. Mant Ferrers and Manhurst: two noble English seacaptains; three more Englishmen sold for slaves in Spain.

We are struck with a few things; Mont Ferrers (Ferars) is a rather Spanish name for an Englishman. Though similar names are not unknown in England, it is not improbable that the story may have been taken from a Spanish or Italian romance, and the nationality of Ferars altered to English for dramatic purposes. We next notice that Englishmen are being sold for slaves in Spain, which seems incredible; yet it happened in 1685, fifty years after the date of this play. The Monmouth rising and the Battle of Sedgemoor were followed by the "bloody circuit" of Jeffreys; besides the hundreds who were hanged and burned more than 800 were sold into slavery beyond sea \ The sale was probably not made in Spain, but to the Moors. The deadlyfeud between Protestants and Catholics was also raging with unprecedented ferocity when Heywood wrote about 1635. La Rochelle had fallen and cost the lives of thousands of Englishmen; in Germany Lutheran and Calvinist alike lay beneath the heel of the Catholic house of Austria.

Now let us gather the facts about the persons concerned: