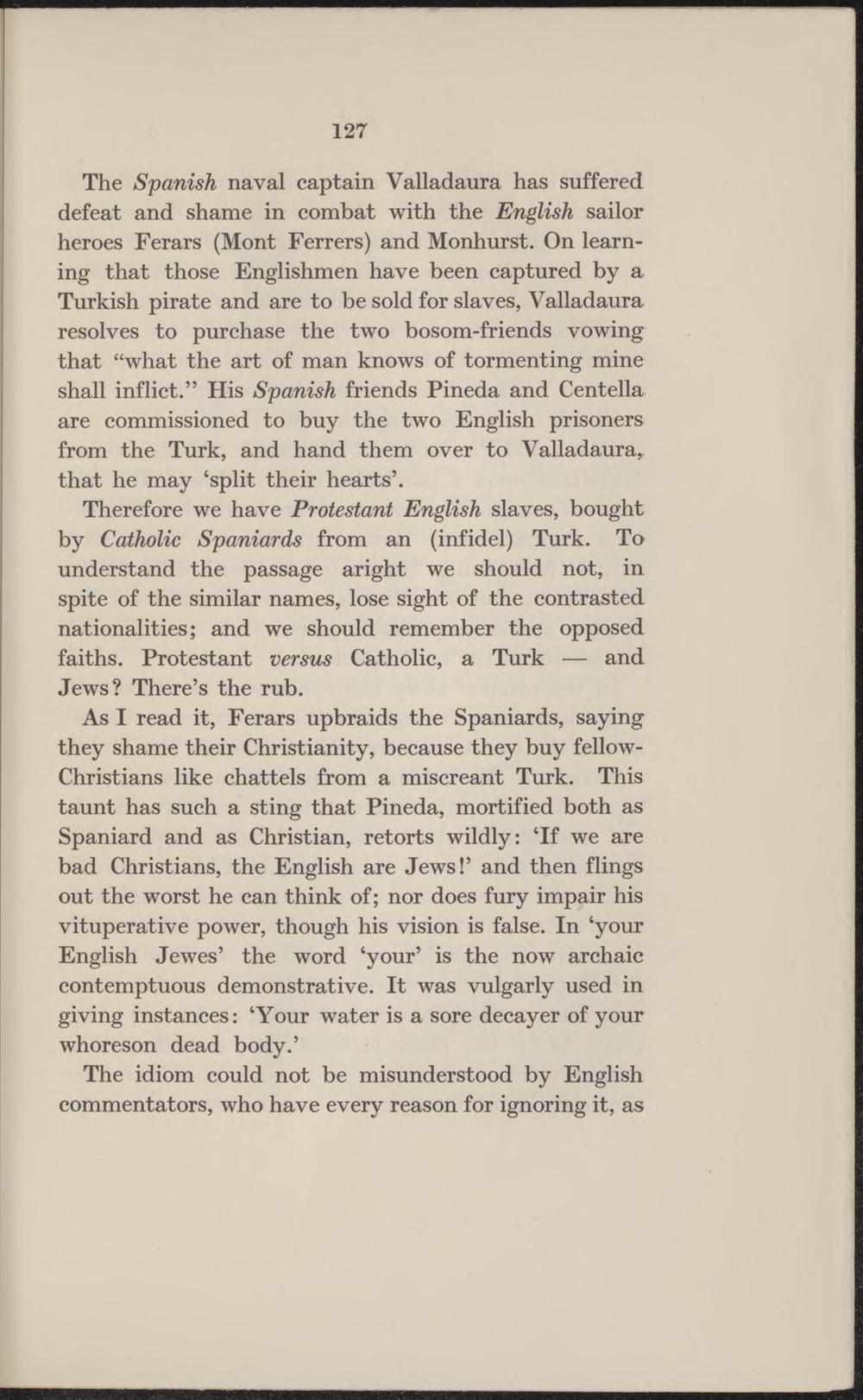 The Spanish naval captain Valladaura has suffered defeat and shame in combat with the English sailor heroes Ferars (Mont Ferrers) and Monhurst. On learning that those Englishmen have been captured by a Turkish pirate and are to be sold for slaves, Valladaura resolves to purchase the two bosom-friends vowing that "what the art of man knows of tormenting mine shall inflict." His Spanish friends Pineda and Centella are commissioned to buy the two English prisoners from the Turk, and hand them over to Valladaura, that he may 'split their hearts'.

Therefore we have Protestant English slaves, bought by Catholic Spaniards from an (infidel) Turk. To understand the passage aright we should not, in spite of the similar names, lose sight of the contrasted nationalities; and we should remember the opposed faiths. Protestant versus Catholic, a Turk — and Jews? There's the rub.

As I read it, Ferars upbraids the Spaniards, saying they shame their Christianity, because they buy fellowChristians like chattels from a miscreant Turk. This taunt has such a sting that Pineda, mortif ied both as Spaniard and as Christian, retorts wildly: 'If we are bad Christians, the English are Jews!' and then flings out the worst he can think of; nor does fury impair his vituperative power, though his vision is false. In 'your English Jewes' the word 'your' is the now archaic contemptuous demonstrative. It was vulgarly used in giving instances: 'Your water is a sore decayer of your whoreson dead body.'

The idiom could not be misunderstood by English commentators, who have every reason for ignoring it, as