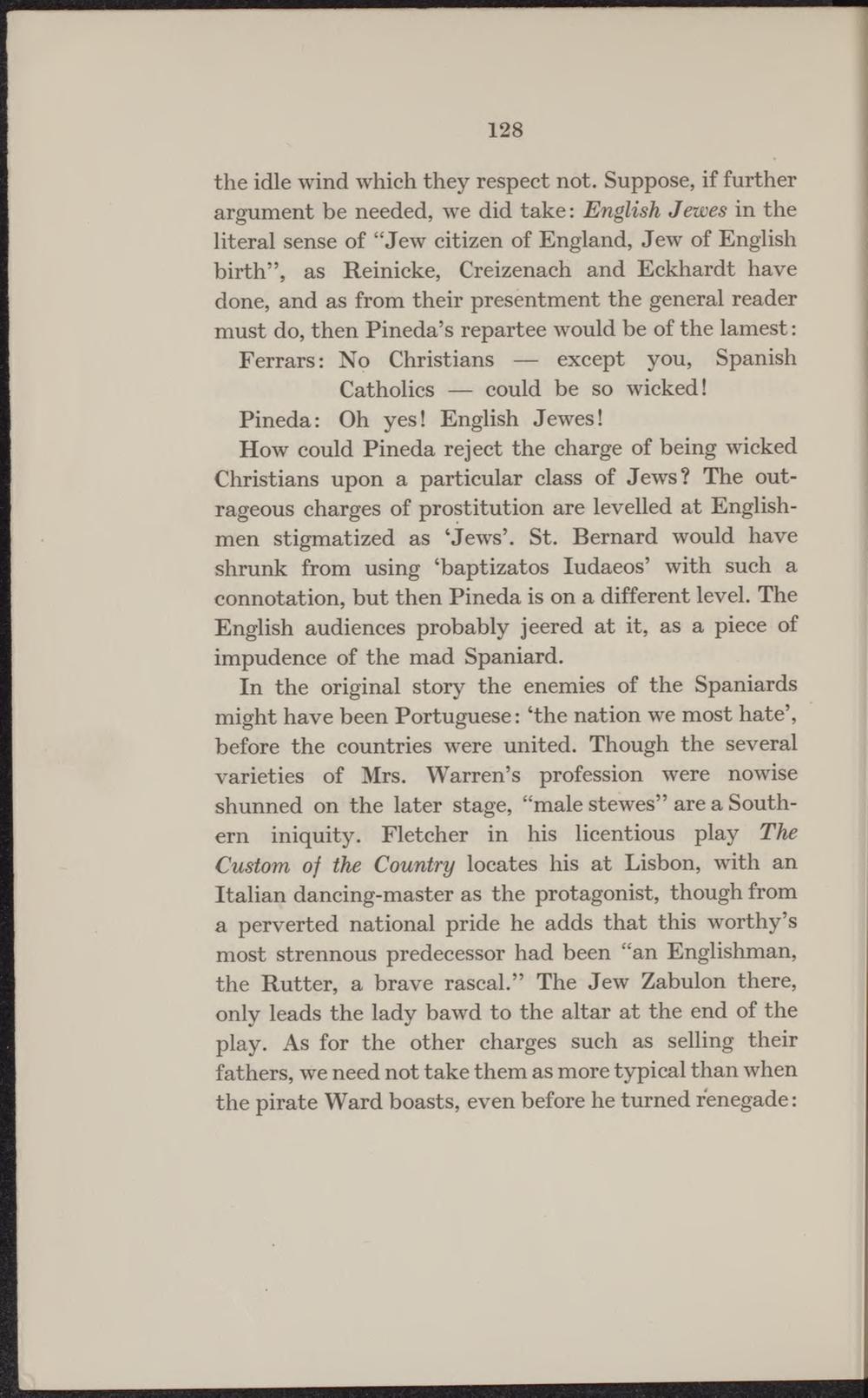 the idle wind which they respect not. Suppose, if further argument be needed, we did take: English Jewes in the literal sense of "Jew citizen of England, Jew of English birth", as Reinicke, Creizenach and Eckhardt have done, and as from their presèntment the general reader must do, then Pineda's repartee would be of the lamest:

Ferrars: No Christians — except you, Spanish Catholics — could be so wicked!

How could Pineda reject the charge of being wicked Christians upon a particular class of Jews? The outrageous charges of prostitution are levelled at Englishmen stigmatized as 'Jews'. St. Bernard would have shrunk from using 'baptizatos Iudaeos' with such a connotation, but then Pineda is on a different level. The English audiences probably jeered at it, as a piece of impudence of the mad Spaniard.

In the original story the enemies of the Spaniards might have been Portuguese: 'the nation we most hate', before the countries were united. Though the several varieties of Mrs. Warren's profession were nowise shunned on the later stage, "male stewes" are a Southern iniquity. Fletcher in his licentious play The Custom of the Country locates his at Lisbon, with an Italian dancing-master as the protagonist, though from a perverted national pride he adds that this worthy's most strennous predecessor had been "an Englishman, the Rutter, a brave rascal." The Jew Zabulon there, only leads the lady bawd to the altar at the end of the play. As for the other charges such as selling their fathers, we need not take them as more typical than when the pirate Ward boasts, even before he turned renegade: