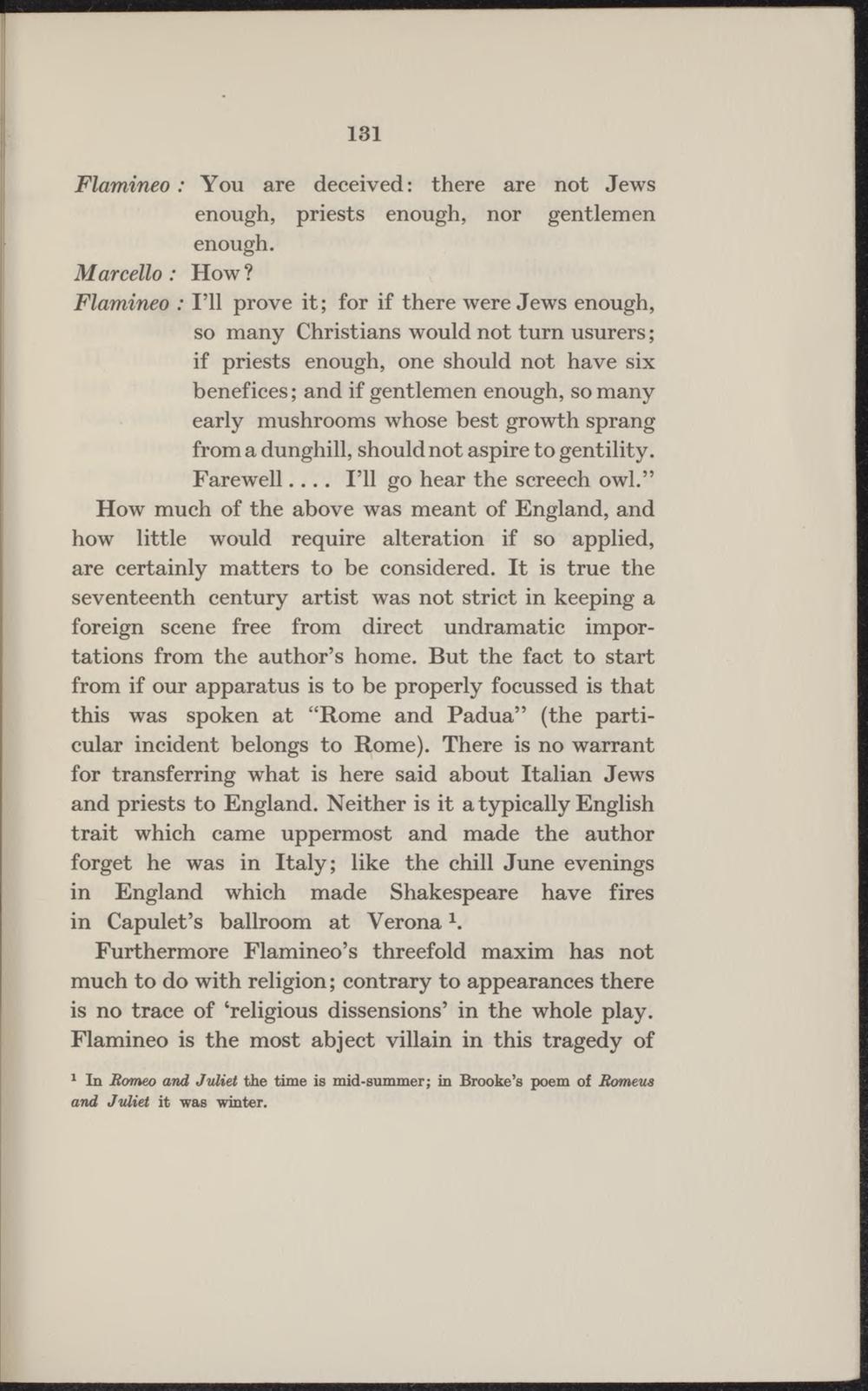 Flamineo: You are deceived: there are not Jews enough, priests enough, nor gentlemen enough.

Flamineo : I'll prove it; for if there were Jews enough, so many Christians would not turn usurers; if priests enough, one should not have six benef ices; and if gentlemen enough, so many early mushrooms whose best growth sprang from a dunghill, shouldnot aspire to gentility. Farewell.... I'll go hear the screech owl." How much of the above was meant of England, and how little would require alteration if so applied, are certainly matters to be considered. It is true the seventeenth century artist was not strict in keeping a foreign scène free from direct undramatic importations from the author's home. But the fact to start from if our apparatus is to be properly focussed is that this was spoken at "Rome and Padua" (the particular incident belongs to Rome). There is no warrant for transferring what is here said about Italian Jews and priests to England. Neither is it a typically English trait which came uppermost and made the author forget he was in Italy; like the chili June evenings in England which made Shakespeare have fires in Capulet's balhoorn at Verona *.

Furthermore Flamineo's threefold maxim has not much to do with religion; contrary to appearances there is no tracé of 'religious dissensions' in the whole play. Flamineo is the most abject villain in this tragedy of

1 In Romeo and Jvliet the time is mid-summer; in Brooke's poem of Romeus and Jvliet it was winter.