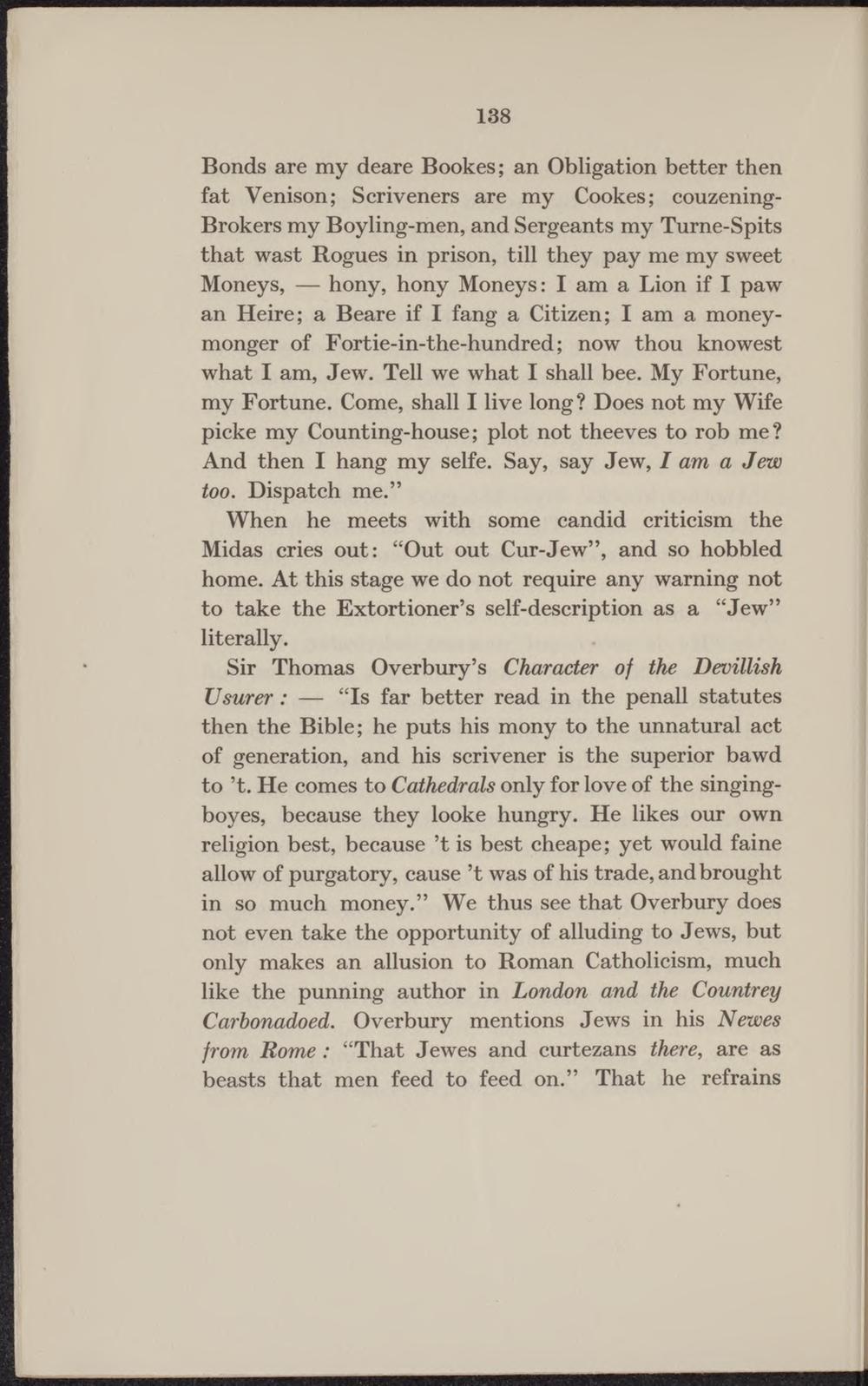 Bonds axe my deare Bookes; an Obligation better then fat Venison; Scriveners are my Cookes; couzeningBrokers my Boyling-men, and Sergeants my Turne-Spits that wast Rogues in prison, till they pay me my sweet Moneys, — hony, hony Moneys: I am a Lion if I paw an Heire; a Beare if I fang a Citizen; I am a moneymonger of Fortie-in-the-hundred; now thou knowest what I am, Jew. Teil we what I shall bee. My Fortune, my Fortune. Come, shall I live long? Does not my Wife picke my Counting-house; plot not theeves to rob me? And then I hang my selfe. Say, say Jew, / am a Jew too. Dispatch me."

When he meets with some candid criticism the Midas cries out: "Out out Cur-Jew", and so hobbled home. At this stage we do not require any warning not to take the Extortioner's self-description as a "Jew" literally.

Sir Thomas Overbury's Character of the Devillish Usurer: — "Is far better read in the penall statutes then the Bible; he puts his mony to the unnatural act of generation, and his scrivener is the superior bawd to 't. He comes to Cathedrals only for love of the singingboyes, because they looke hungry. He likes our own religion best, because 't is best cheape; yet would faine allow of purgatory, cause 't was of his trade, and brought in so much money." We thus see that Overbury does not even take the opportunity of alluding to Jews, but only makes an allusion to Roman Catholicism, much like the punning author in London and the Countrey Carbonadoed. Overbury mentions Jews in his Newes from Rome: "That Jewes and curtezans there, are as beasts that men feed to feed on." That he refrains