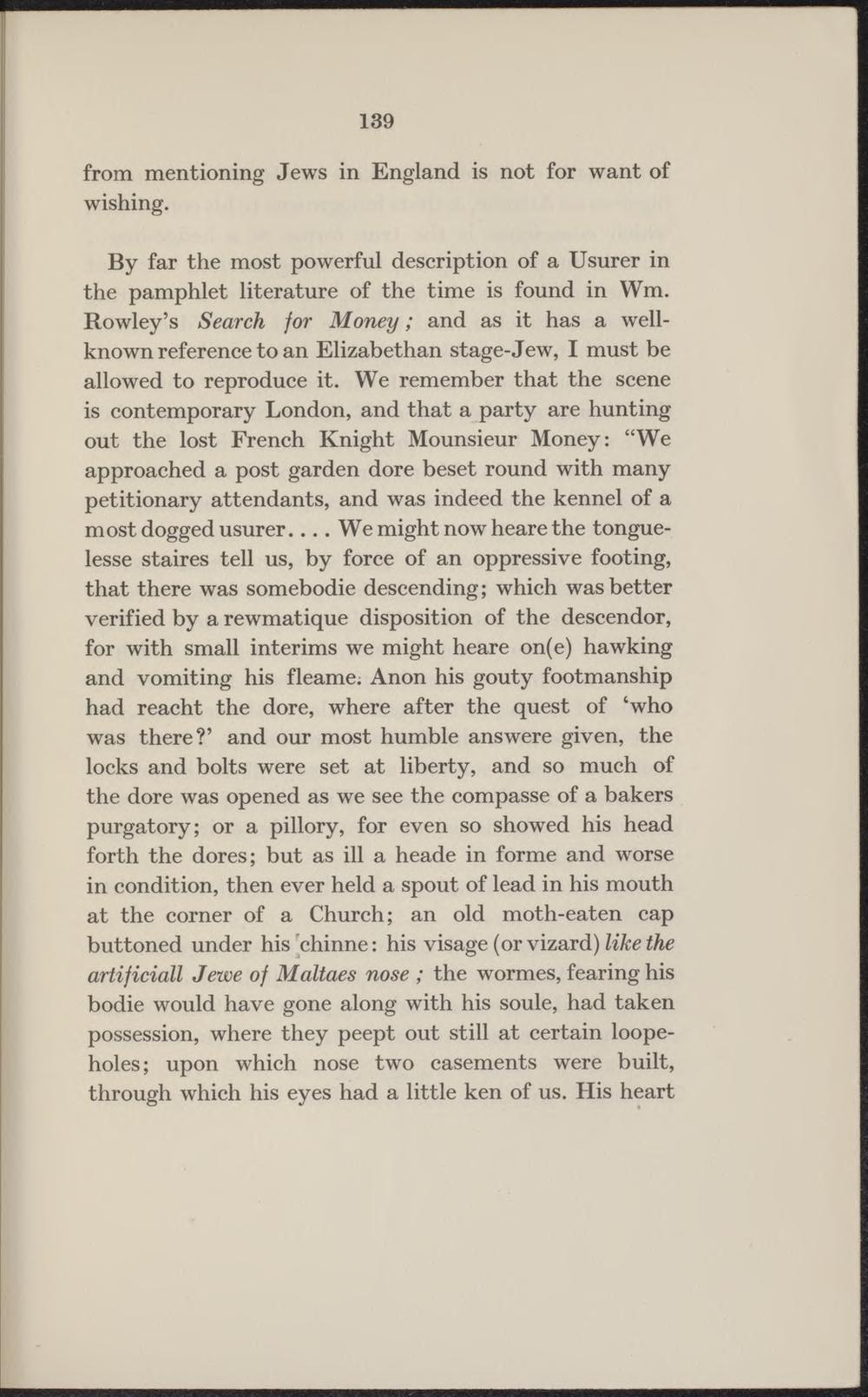 from mentioning Jews in England is not for want of wishing.

By far the most powerful description of a Usurer in the pamphlet literature of the time is found in Wm. Rowley's Search for Money; and as it has a wellknown reference to an Elizabethan stage-Jew, I must be allowed to reproduce it. We remember that the scène is contemporary London, and that a party are hunting out the lost French Knight Mounsieur Money: "We approached a post garden dore beset round with many petitionary attendants, and was indeed the kennel of a mostdogged usurer.... Wemightnowhearethe tonguelesse staires teil us, by force of an oppressive footing, that there was somebodie descending; which was better verified by a rewmatique disposition of the descendor, for with small interims we might heare on(e) hawking and vomiting his fleame. Anon his gouty footmanship had reacht the dore, where after the quest of 'who was there?' and our most humble answere given, the locks and bolts were set at liberty, and so much of the dore was opened as we see the compasse of a bakers purgatory; or a pillory, for even so showed his head forth the dores; but as ill a heade in forme and worse in condition, then ever held a spout of lead in his mouth at the corner of a Church; an old moth-eaten cap buttoned under his [chinne: his visage (or vizard) like the artificiall Jewe of Maltaes nose ; the wormes, fearing his bodie would have gone along with his soule, had taken possession, where they peept out still at certain loopeholes; upon which nose two casements were built, through which his eyes had a little ken of us. His heart