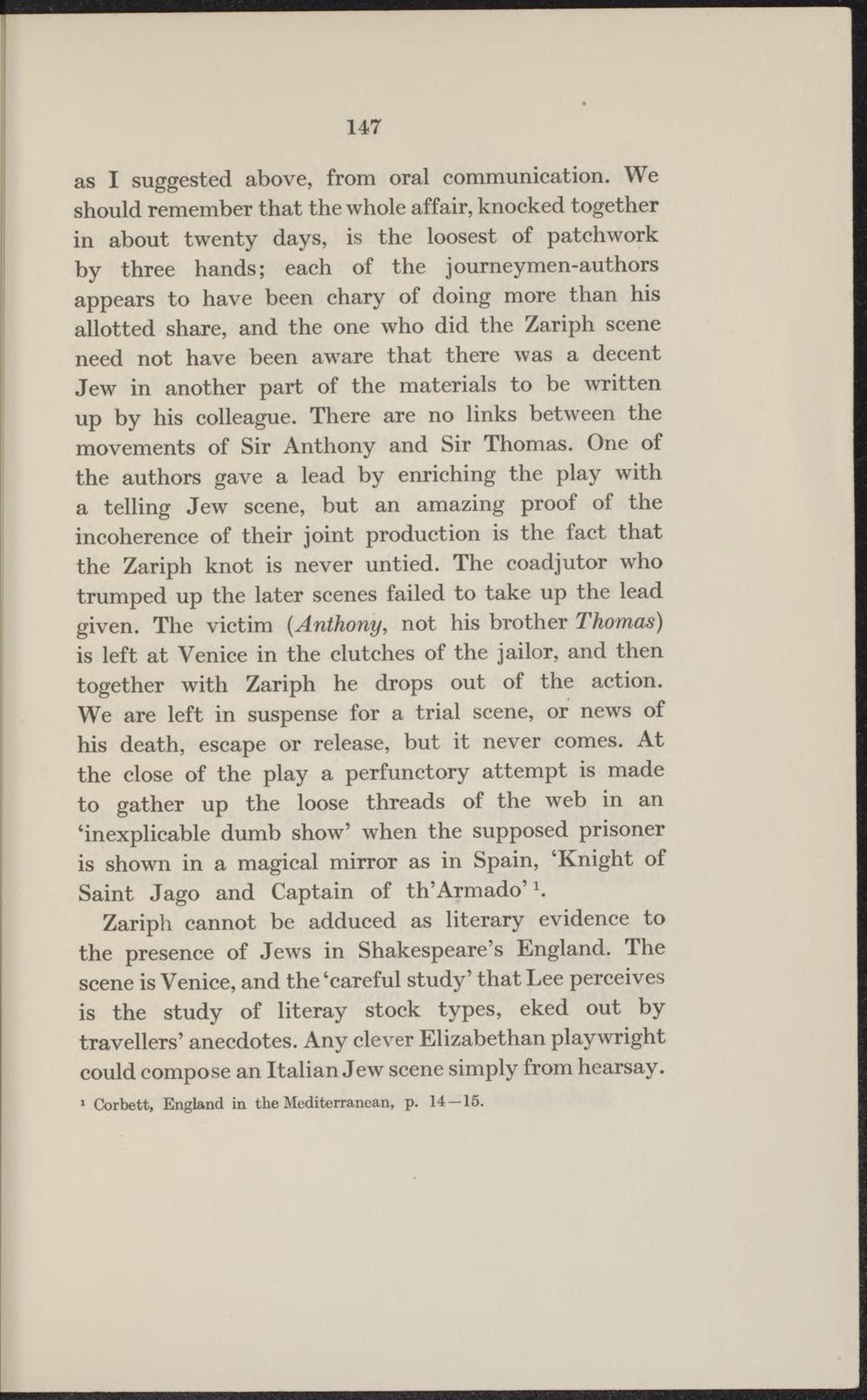 as I suggested above, from oral communication. We should remember that the whole affair, knocked together in about twenty days, is the loosest of patchwork by three hands; each of the journeymen-authors appears to have been chary of doing more than his allotted share, and the one who did the Zariph scène need not have been aware that there was a decent Jew in another part of the materials to be written up by his colleague. There are no links between the movements of Sir Anthony and Sir Thomas. One of the authors gave a lead by enriching the play with a telling Jew scène, but an amazing proof of the incoherence of their joint production is the fact that the Zariph knot is never untied. The coadjutor who trumped up the later scènes failed to take up the lead given. The victim (Anthony, not his brother Thomas) is left at Venice in the clutches of the jailor, and then together with Zariph he drops out of the action. We are left in suspense for a trial scène, or news of his death, escape or release, but it never comes. At the close of the play a perfunctory attempt is made to gather up the loose threads of the web in an 'inexplicable dumb show' when the supposed prisoner is shown in a magical mirror as in Spain, 'Knight of Saint Jago and Captain of th'Armado'1.

Zariph cannot be adduced as literary evidence to the presence of Jews in Shakespeare's England. The scène is Venice, and the'careful study' that Lee perceives is the study of literay stock types, eked out by travellers' anecdotes. Any clever Elizabethan playwright could compose an Italian Jew scène simply from hearsay.