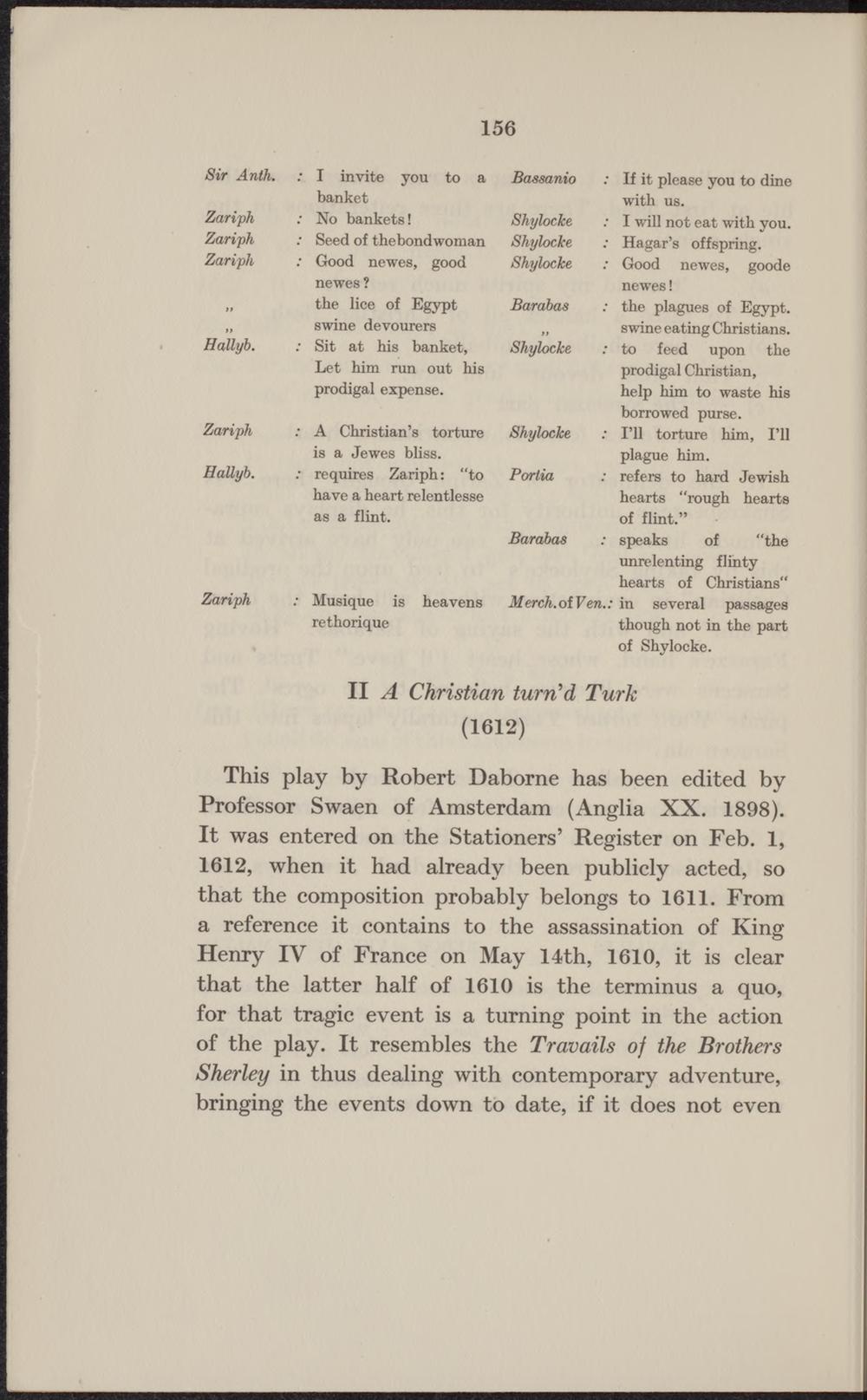 Sir Anth. j I invite you to a Bassanio : If it please you to dine banket with us.

Hallyb. : Sit at his banket, Shylocke f to feed upon the Let him run out his prodigal Christian,

prodigal expense. help him to waste his

is a Jewes bliss. plague him.

Barabas : speaks of "the unrelenting flinty hearts of Christians"

This play by Robert Daborne has been edited by Professor Swaen of Amsterdam (Anglia XX. 1898). It was entered on the Stationers' Register on Feb. 1, 1612, when it had already been publicly acted, so that the composition probably belongs to 1611. From a reference it contains to the assassination of King Henry TV of France on May 14th, 1610, it is clear that the latter half of 1610 is the terminus a quo, for that tragic event is a turning point in the action of the play. It resembles the Travails of the Brothers Sherley in thus dealing with contemporary adventure, bringing the events down tb date, if it does not even