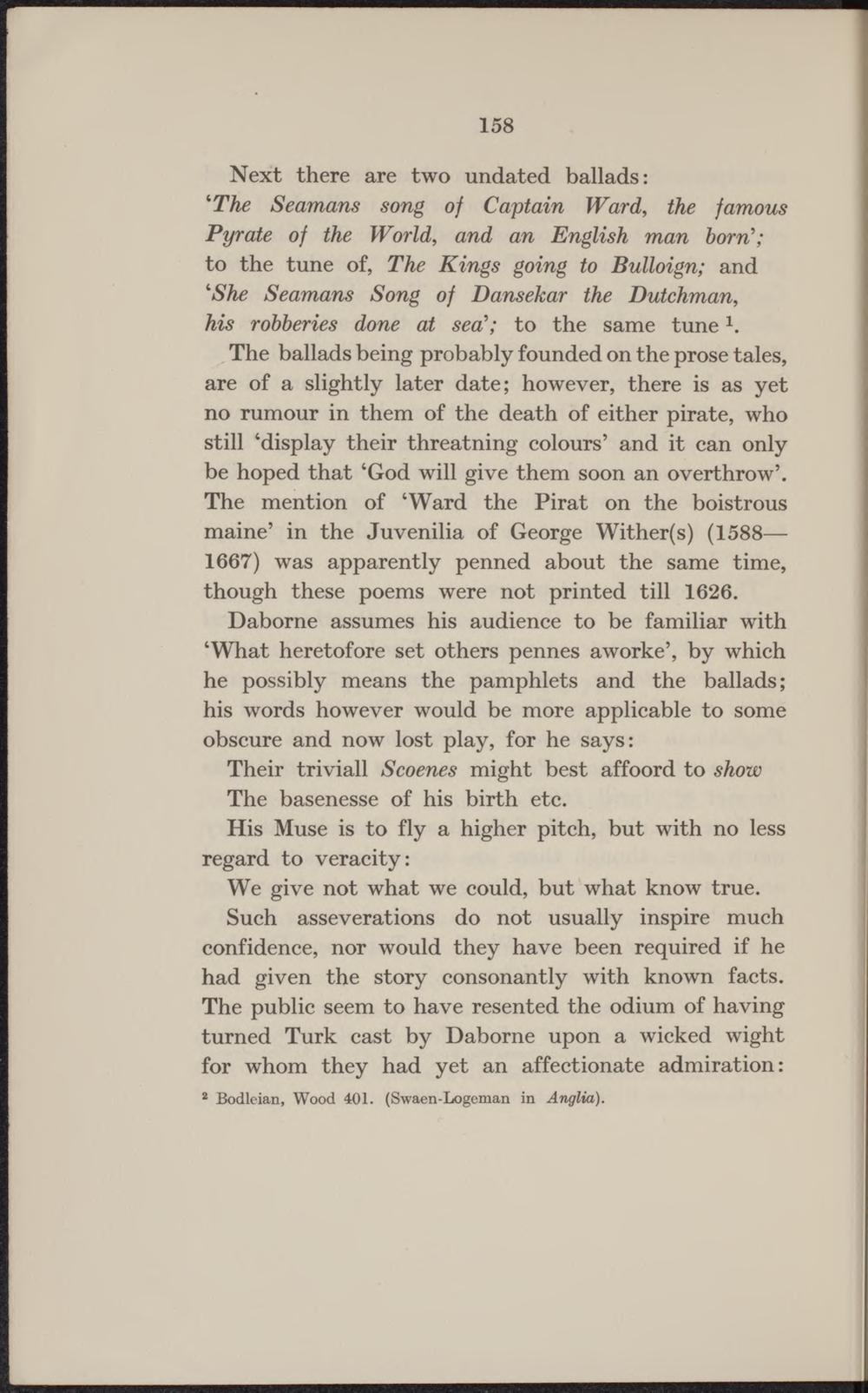 Next there are two undated ballads: 'The Seamans song of Captain Ward, the famous Pyrate of the World, and an English man borrC; to the tune of, The Kings going to Bulloign; and 'She Seamans Song of Hansehar the Dutchman, his robberies done at sed'; to the same tune *.

, The ballads being probably founded on the prose tales, are of a slightly later date; however, there is as yet no rumour in them of the death of either pirate, who still 'display their threatning colours' and it can only be hoped that 'God will give them soon an overthrow'. The mention of 'Ward the Pirat on the boistrous maine' in the Juvenilia of George Wither(s) (1588— 1667) was apparently penned about the same time, though these poems were not printed till 1626.

Daborne assumes his audience to be familiar with 'What heretofore set others pennes aworke', by which he possibly means the pamphlets and the ballads; his words however would be more applicable to some obscure and now lost play, for he says:

The basenesse of his birth etc.

His Muse is to fly a higher pitch, but with no less regard to veracity:

We give not what we could, but what know true.

Such asseverations do not usually inspire much confidence, nor would they have been required if he had given the story consonantly with known facts. The public seem to have resented the odium of having turned Turk cast by Daborne upon a wicked wight for whom they had yet an affectionate admiration: