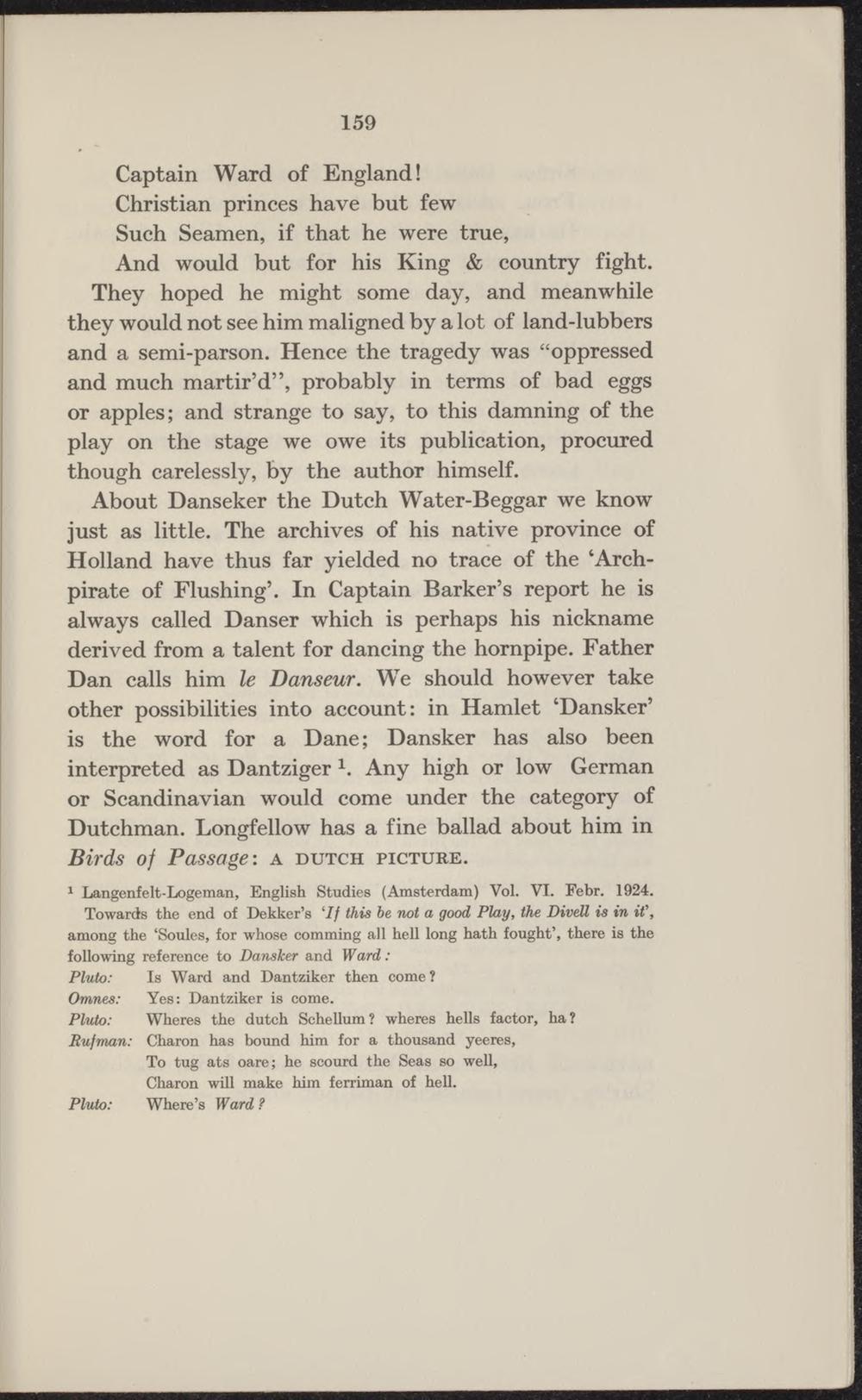 Christian princes have but few

Such Seamen, if that he were true,

And would but for his King & country fight. They hoped he might some day, and meanwhile they would not see him maligned by a lot of land-lubbers and a semi-parson. Hence the tragedy was "oppressed and much martir'd", probably in terms of bad eggs or apples; and strange to say, to this damning of the play on the stage we owe its publication, procured though carelessly, by the author himself.

About Danseker the Dutch Water-Beggar we know just as little. The archives of his native province of Holland have thus far yielded no tracé of the 'Archpirate of Flushing'. In Captain Barker's report he is always called Danser which is perhaps his nickname derived from a talent for dancing the hornpipe. Father Dan calls him le Danseur. We should however take other possibilities into account: in Hamlet 'Dansker' is the word for a Dane; Dansker has also been interpreted as Dantzigerl. Any high or low German or Scandinavian would come under the category of Dutchman. Longfellow has a fine ballad about him in Birds of Passage: a dutch picture.

Towards the end of Dekker's 'If Ais be not a good Play, the Divett ia in it', among the 'Soules, for whose oomming all heil long hath fought', there is the following reference to Dansker and Ward: Pluto: Is Ward and Dantziker then cornet Omnes: Yes: Dantziker is come.

To tug ats oare; he scourd the Seas so well,

Charon will make him ferriman of heil. Pluto: Where's Ward?