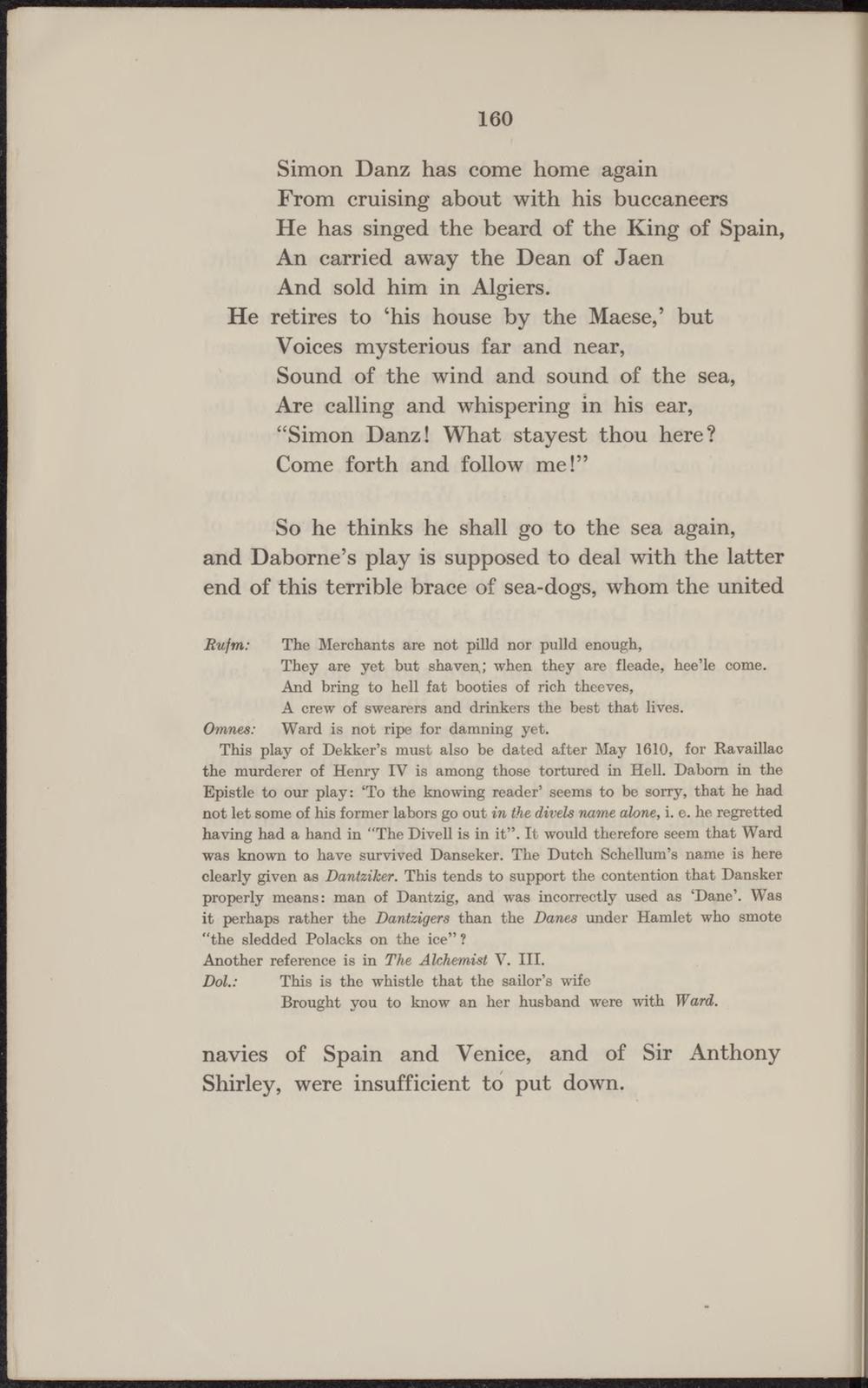 Simon Danz has come home again From cruising about with his buccaneers He has singed the beard of the King of Spain, An carried away the Dean of Jaen And sold him in Algiers. He rétires to 'his house by the Maese,' but Voices mysterious far and near, Sound of the wind and sound of the sea, Are calling and whispering in his ear, "Simon Danz! What stayest thou here? Come forth and follow me!"

So he thinks he shall go to the sea again, and Daborne's play is supposed to deal with the latter end of this terrible brace of sea-dogs, whom the united

They are yet but shaven; when they are fleade, hee'le come. And bring to heil fat booties of rich theeves, A crew of swearers and drinkers the best that lives. Omnes: Ward is not ripe for damning yet.

This play of Dekker's must also be dated after May 1610, for Ravaillac the murderer of Henry IV is among those tortured in Heil. Daborn in the Epistle to our play: 'To the knowing reader' seems to be sorry, that he had not let some of his former labors go out»»the divels name alone, i. e. he regretted having had a hand in "The Divell is in it". It would therefore seem that Ward was known to have survived Danseker. The Dutch Schellum's name is here clearly given as Dantziker. This tends to support the contention that Dansker properly means: man of Dantzig, and was incorrectly used as 'Dane'. Was it perhaps rather the Dantzigers than the Danes under Hamlet who smote "the sledded Polacks on the ice" ? Another reference is in The Alchemist V. Hl. Dol.: This is the whistle that the sailor's wife

Brought you to know an her husband were with Ward.

navies of Spain and Venice, and of Sir Anthony Shirley, were insufficiënt to put down.