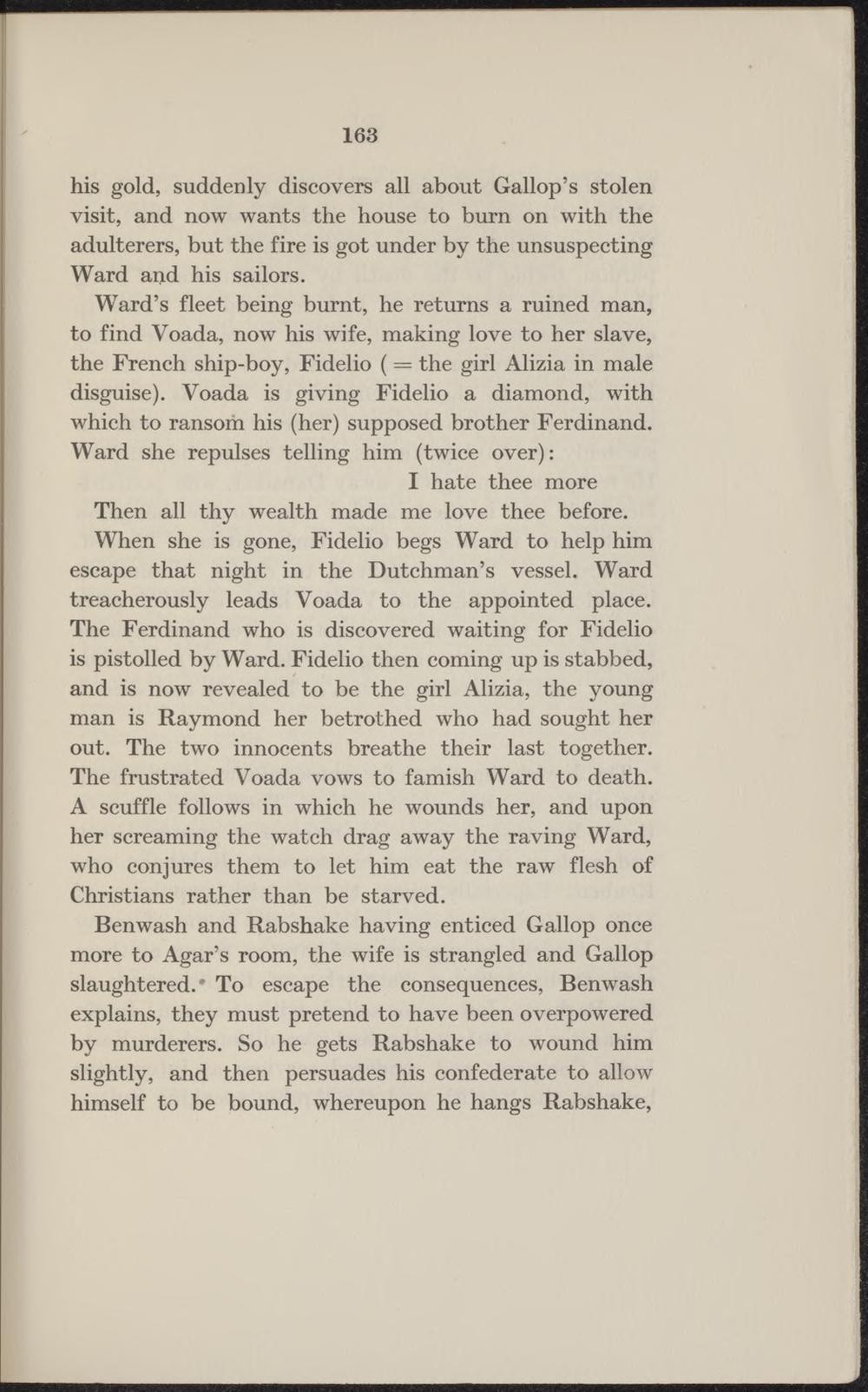 his gold, suddenly discovers all about Gallop's stolen visit, and now wants the house to burn on with the adulterers, but the fire is got under by the unsuspecting Ward and his sailors.

Ward's fleet being burnt, he returns a ruined man, to find Voada, now his wife, making love to her slave, the French ship-boy, Fidelio ( = the girl Alizia in male disguise). Voada is giving Fidelio a diamond, with which to ransom his (her) supposed brother Ferdinand. Ward she repulses telling him (twice over):

Then all thy wealth made me love thee before.

When she is gone, Fidelio begs Ward to help him escape that night in the Dutchman's vessel. Ward treacherously leads Voada to the appointed place. The Ferdinand who is discovered waiting for Fidelio is pistolled by Ward. Fidelio then coming up is stabbed, and is now revealed to be the girl Alizia, the young man is Raymond her betrothed who had sought her out. The two innocents breathe their last together. The frustrated Voada vows to famish Ward to death. A scuffle föllows in which he wounds her, and upon her screaming the watch drag away the raving Ward, who conjures them to let him eat the raw flesh of Christians rather than be starved.

Benwash and Rabshake having enticed Gallop once more to Agar's room, the wife is strangled and Gallop slaughtered.* To escape the consequences, Benwash explains, they must pretend to have been overpowered by murderers. So he gets Rabshake to wound him slightly, and then persuades his confederate to allow himself to be bound, whereupon he hangs Rabshake,