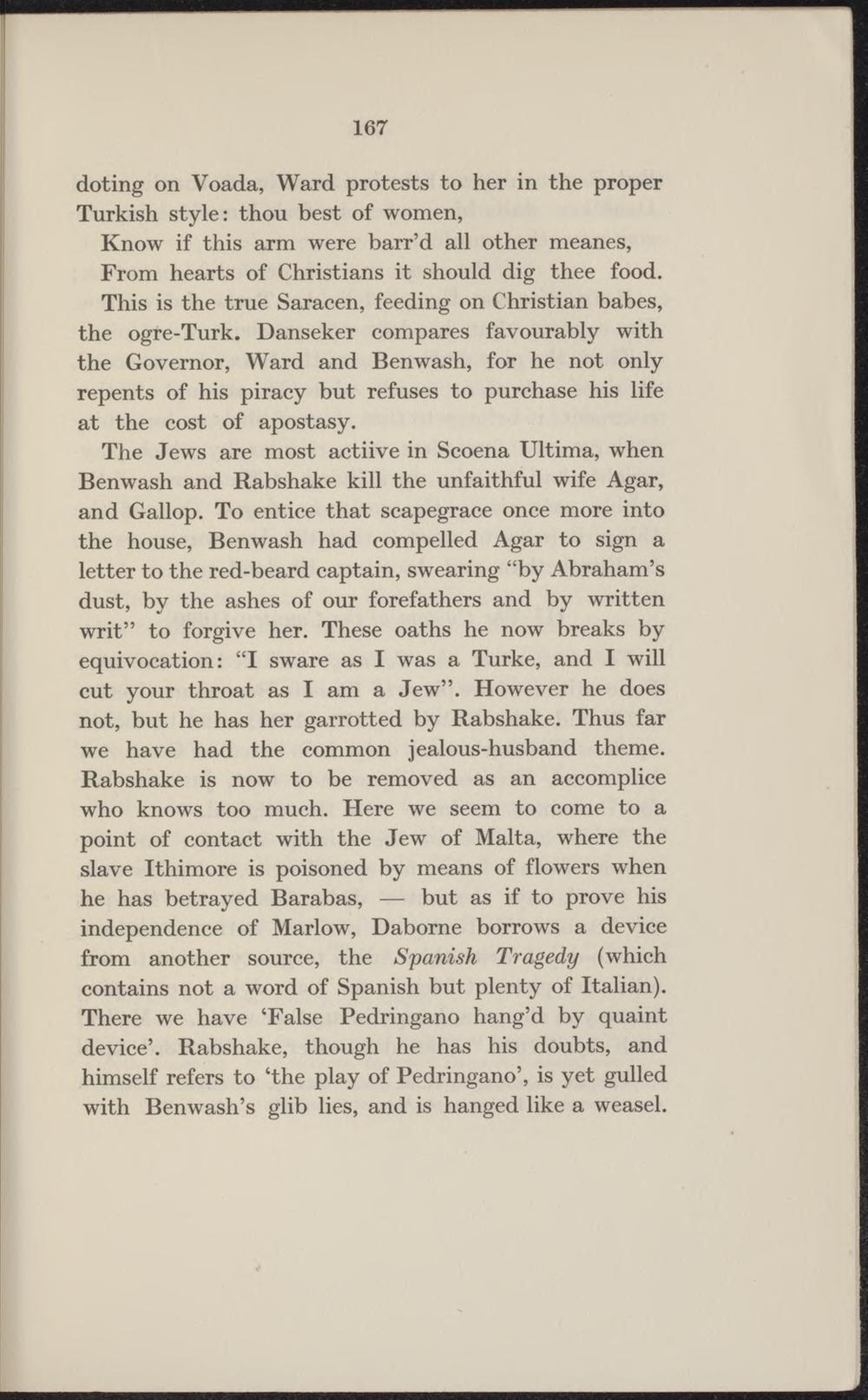 doting on Voada, Ward protests to her in the proper Turkish style: thou best of women,

Know if this arm were barr'd all other meanes,

From hearts of Christians it should dig thee food.

This is the true Saracen, feeding on Christian babes, the ogre-Turk. Danseker compares favourably with the Governor, Ward and Benwash, for he not only repents of his piracy but refuses to purchase his life at the cost of apostasy.

The Jews are most actiive in Scoena Ultima, when Benwash and Rabshake kill the unfaithful wife Agar, and Gallop. To entice that scapegrace once more into the house, Benwash had compelled Agar to sign a letter to the red-beard captain, swearing "by Abraham's dust, by the ashes of our forefathers and by written writ" to forgive her. These oaths he now breaks by equivocation: "I sware as I was a Turke, and I will cut your throat as I am a Jew". However he does not, but he has her garrotted by Rabshake. Thus far we have had the common jealous-husband theme. Rabshake is now to be removed as an accomplice who knows too much. Here we seem to come to a point of contact with the Jew of Malta, where the slave Ithimore is poisoned by means of flowers when he has betrayed Barabas, — but as if to prove his independence of Marlow, Daborne borrows a device from another source, the Spanish Tragedy (which contains not a word of Spanish but plenty of Italian). There we have 'False Pedringano hang'd by quaint device'. Rabshake, though he has his doubts, and himself refers to 'the play of Pedringano', is yet gulled with Benwash's glib lies, and is hanged like a weasel.