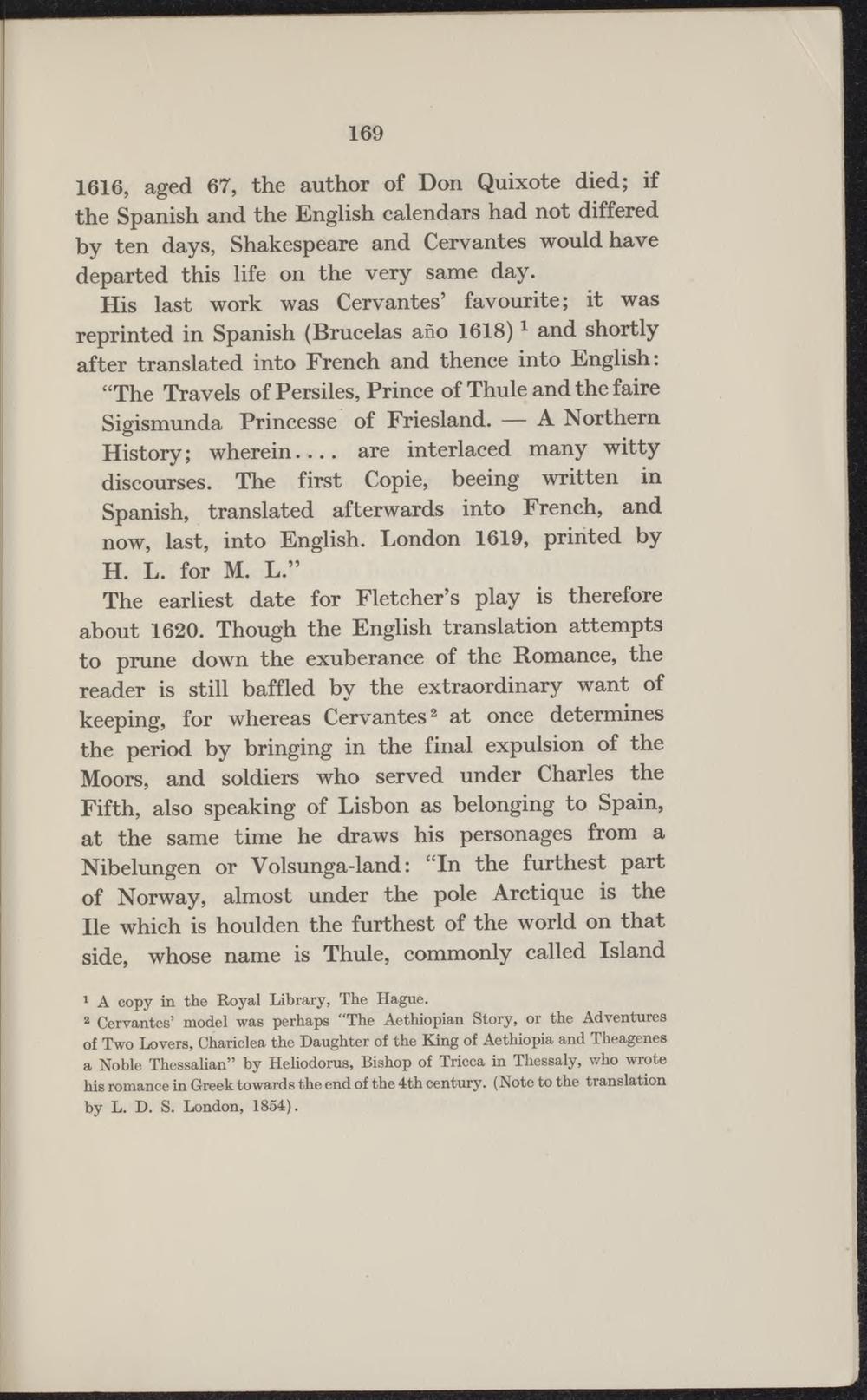 1616, aged 67, the author of Don Quixote died; if the Spanish and the English calendars had not differed by ten days, Shakespeare and Cervantes would have departed this life on the very same day.

His last work was Cervantes' favourite; it was reprinted in Spanish (Brucelas ano 1618)1 and shortly after translated into French and thence into English: "The Travels of Persiles, Prince of Thule and the faire Sigismunda Princesse of Friesland. — A Northern

History; wherein are interlaced many witty

The earliest date for Fletcher's play is therefore about 1620. Though the English translation attempts to prune down the exuberance of the Romance, the reader is still baffled by the extraordinary want of keeping, for whereas Cervantes2 at once determines the period by bringing in the final expulsion of the Moors, and soldiers who served under Charles the Fifth, also speaking of Lisbon as belonging to Spain, at the same time he draws his personages from a Nibelungen or Volsunga-land: "In the furthest part of Norway, almost under the pole Arctique is the He which is houlden the furthest of the world on that side, whose name is Thule, commonly called Island

1 A copy in the Royal Library, The Hague.

* Cervantes' model was perhaps "The Aethiopian Story, or the Adventures of Two Lovers, Chariolea the Daughter of the King of Aethiopia and Theagenes a Noble Thessalian" by Heliodorus, Bishop of Tricoa in Thessaly, who wrote bis romance in Greek towards the end of the 4th century. (Note to the translation by L. D. S. London, 1854).