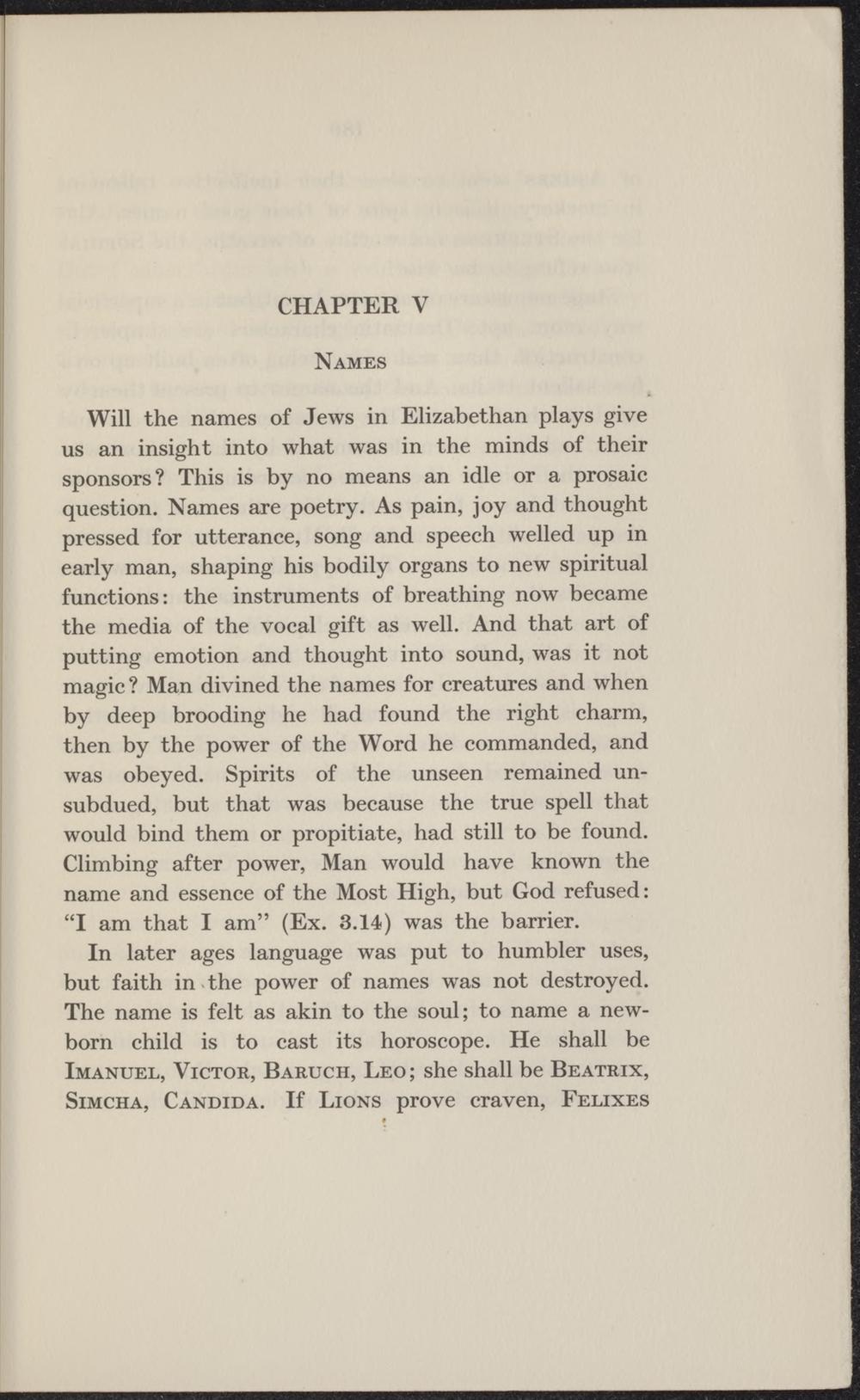 Will the names of Jews in Elizabethan plays give us an insight into what was in the minds of their sponsors? This is by no means an idle or a prosaic question. Names are poetry. As pain, joy and thought pressed for utterance, song and speech weiled up in early man, shaping his bodily organs to new spiritual functions: the instruments of breathing now became the media of the vocal gift as well. And that art of putting emotion and thought into sound, was it not magie? Man divined the names for creatures and when by deep brooding he had found the right charm, then by the power of the Word he commanded, and was obeyed. Spirits of the unseen remained unsubdued, but that was because the true spell that would bind them or propitiate, had still to be found. Climbing after power, Man would have known the name and essence of the Most High, but God refused: "I am that I am" (Ex. 3.14) was the barrier.

In later ages language was put to humbler uses, but faith in * the power of names was not destroyed. The name is feit as akin to the soul; to name a newborn child is to cast its horoscope. He shall be Imanuel, Victor, Baruch, Leo ; she shall be Beatrix, Simcha, Candida. If Lions prove craven, Felixes