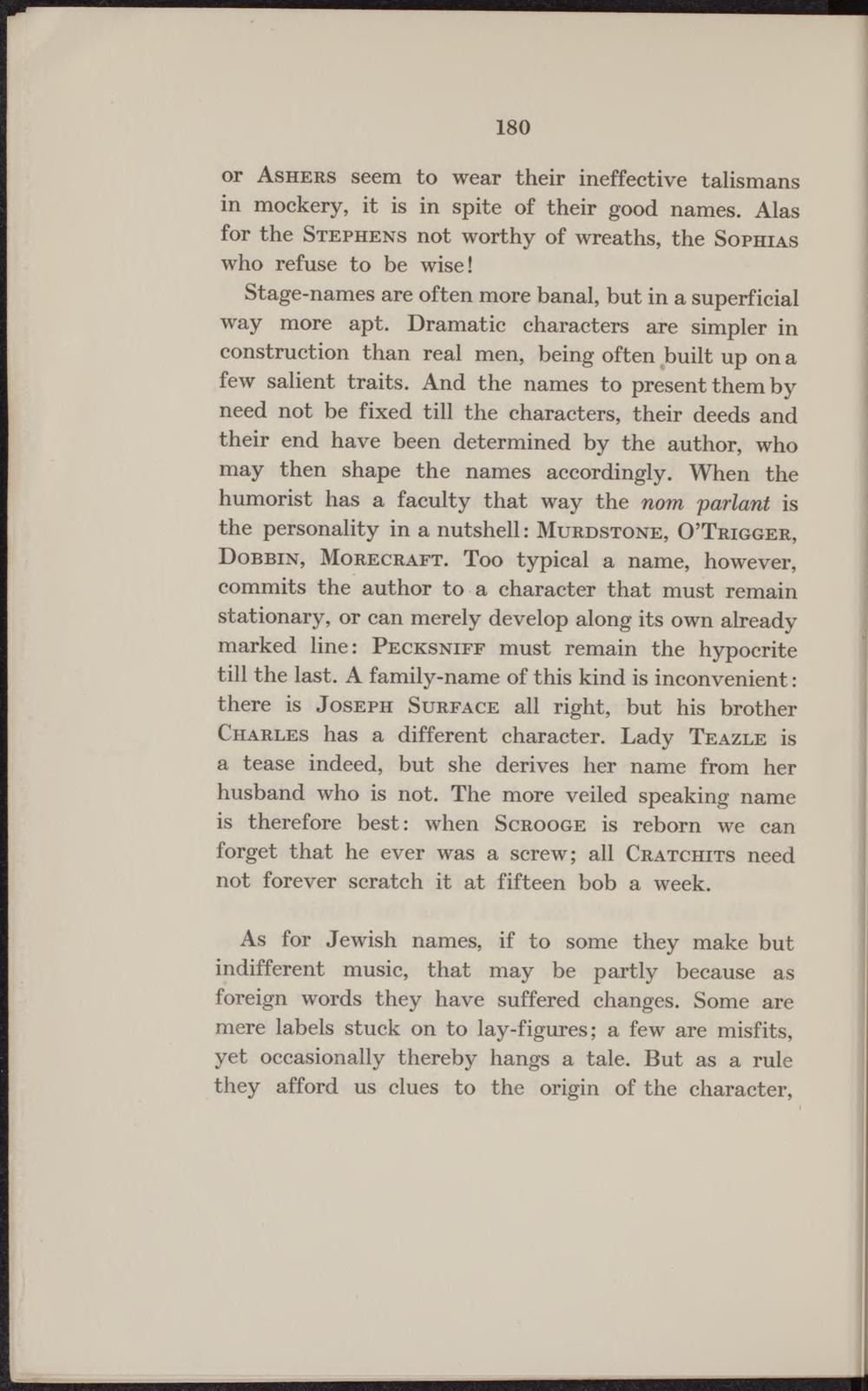 or Ashers seem to wear their ineffective talismans in mockery, it is in spite of their good names. Alas for the Stephens not worthy of wreaths, the Sophias who refuse to be wise!

Stage-names are often more banal, but in a superficial way more apt. Dramatic characters are simpler in construction than real men, being often Jbuilt up on a few salient traits. And the names to present them by need not be fixed till the characters, their deeds and their end have been determined by the author, who may then shape the names accordingly. When the humorist has a faculty that way the nom parlant is the personality in a nutshell: Murdstone, O'Trigger, Dobbin, Morecraft. Too typical a name, however, commits the author to a character that must remain stationary, or can merely develop along its own already marked line: Pecksniff must remain the hypocrite till the last. A family-name of this kind is inconvenient: there is Joseph Stjrface aü right, but his brother Charles has a different character. Lady Teazle is a tease indeed, but she derives her name from her husband who is not. The more veiled speaking name is therefore best: when Scrooge is reborn we can forget that he ever was a screw; all Cratchits need not forever scratch it at fifteen bob a week.

As for Jewish names, if to some they make but indifferent music, that may be partly because as foreign words they have suffered changes. Some are mere labels stuck on to lay-figures; a few are misfits, yet occasionally thereby hangs a tale. But as a rule they afford us clues to the origin of the character,