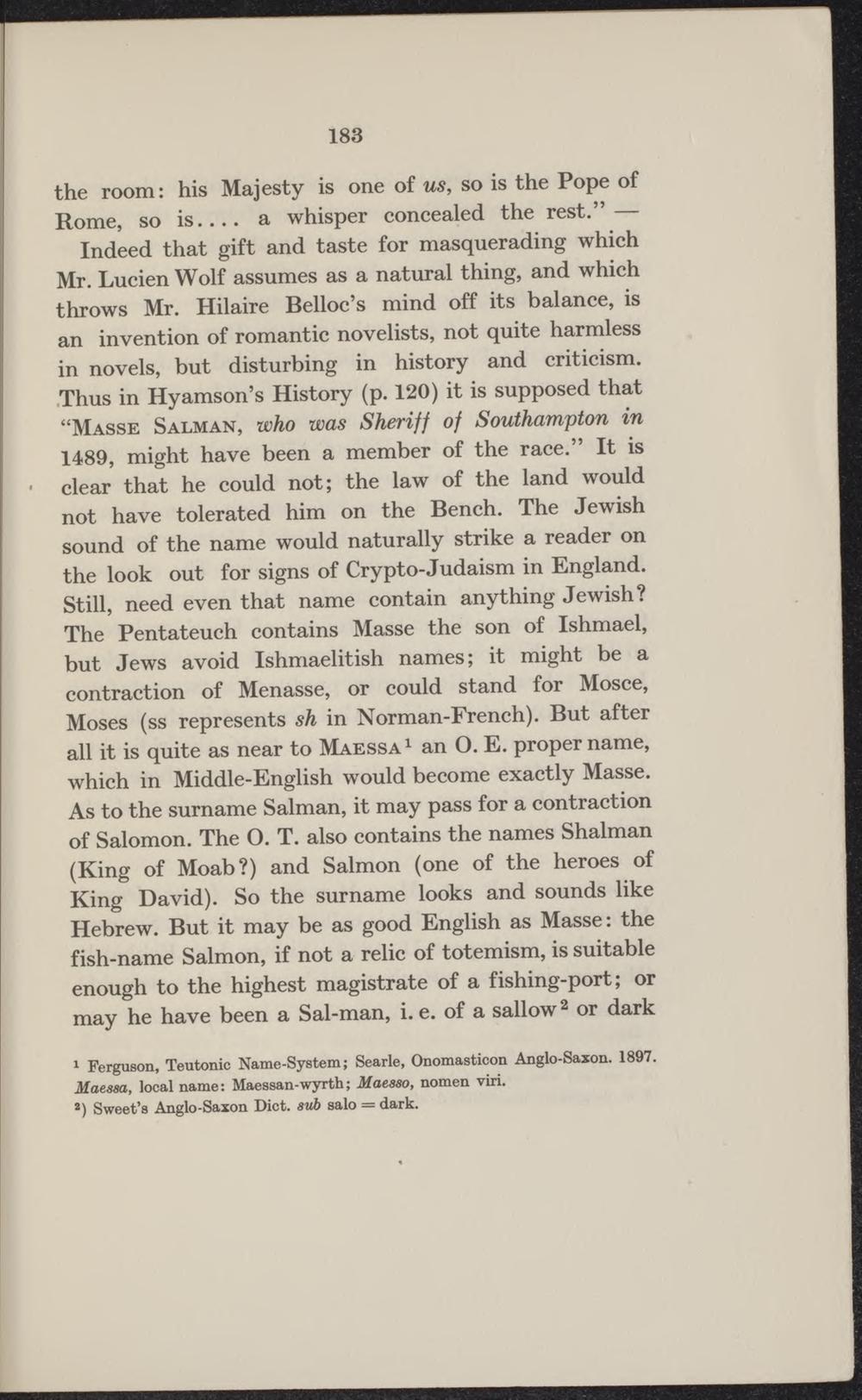 the room: his Majesty is one of us, so is the Pope of

Rome, so is a whisper concealed the rest." —

Indeed that gift and taste for masquerading which Mr. Lucien Wolf assumes as a natural thing, and which throws Mr. Hilaire Belloc's mind off its balance, is an invention of romantic novelists, not quite harmiess in novels, but disturbing in history and criticism. .Thus in Hyamson's History (p. 120) it is supposed that "Masse Salman, who was Sheriff of Southampton in 1489, might have been a member of the race." It is clear that he could not; the law of the land would not have tolerated him on the Bench. The Jewish sound of the name would naturally strike a reader on the look out for signs of Crypto-Judaism in England. Still, need even that name contain anything Jewish? The Pentateuch contains Masse the son of Ishmael, but Jews avoid Ishmaelitish names; it might be a contraction of Menasse, or could stand for Mosce, Moses (ss represents sh in Norman-French). But after all it is quite as near to Maessa1 an O. E. proper name, which in Middle-English would become exactly Masse. As to the surname Salman, it may pass for a contraction of Salomon. The O. T. also contains the names Shalman (King of Moab?) and Salmon (one of the heroes of King David). So the surname looks and sounds like Hebrew. But it may be as good English as Masse: the fish-name Salmon, if not a relic of totemism, is suitable enough to the highest magistrate of a fishing-port; or may he have been a Sal-man, i. e. of a sallow2 or dark