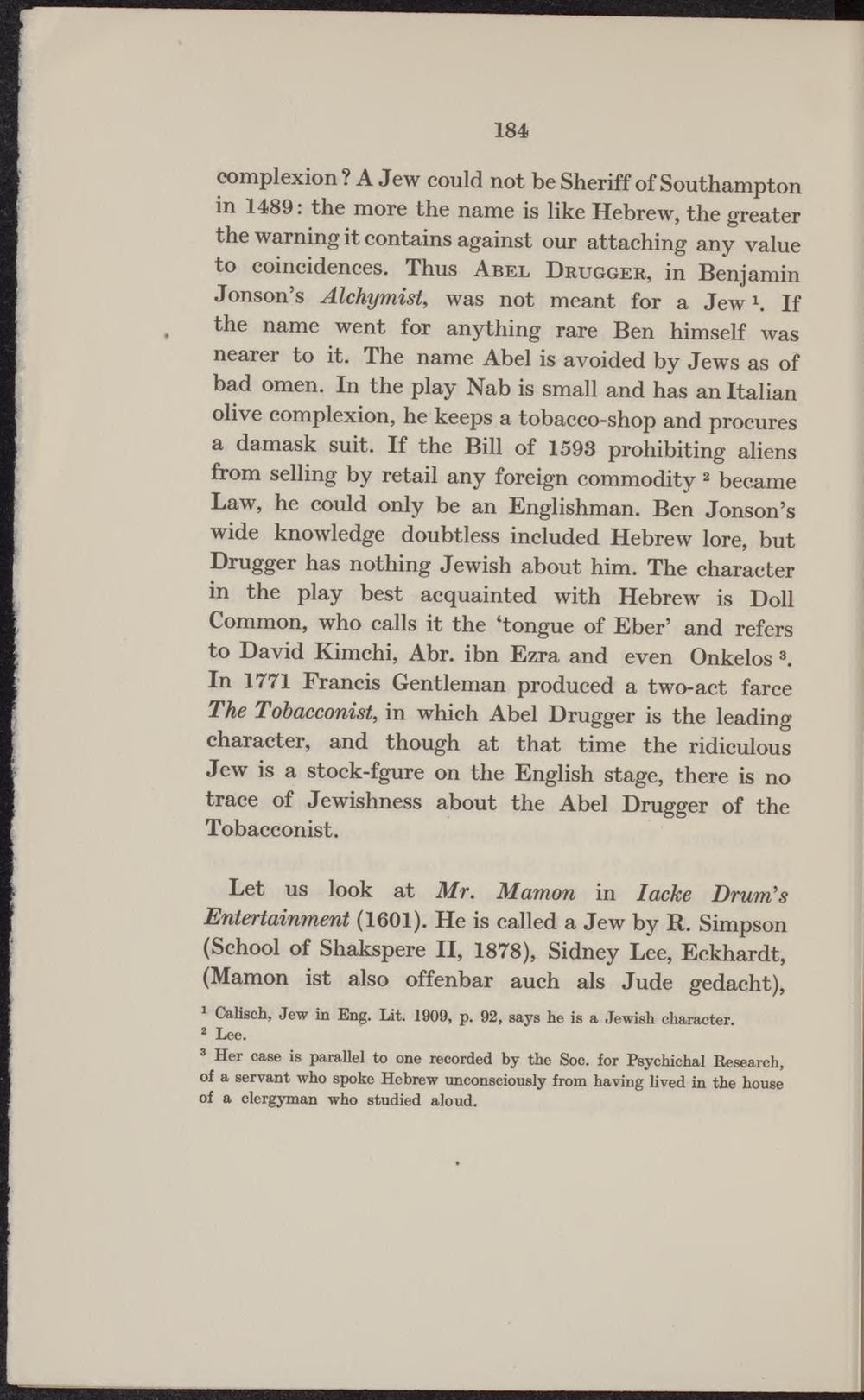 complexion ? A Jew could not be Sheriff of Southampton in 1489: the more the name is like Hebrew, the greater the warningit contains against our attaching any value to coincidences. Thus Abel Drugger, in Benjamin Jonson's Alchymist, was not meant for a Jew1. If the name went for anything rare Ben himself was nearer to it. The name Abel is avoided by Jews as of bad omen. In the play Nab is small and has an Italian olive complexion, he keeps a tobacco-shop and procures a damask suit. If the Bill of 1593 prohibiting aliens from selling by retail any foreign commodity 2 became Law, he could only be an Englishman. Ben Jonson's wide knowledge doubtless included Hebrew lore, but Drugger has nothing Jewish about him. The character in the play best acquainted with Hebrew is Doll Common, who calls it the 'tongue of Eber' and refers to David Kimchi, Abr. ibn Ezra and even Onkelos s. In 1771 Francis Gentleman produced a two-act farce The Tobacconist, in which Abel Drugger is the leading character, and though at that time the ridiculous Jew is a stock-fgure on the English stage, there is no tracé of Jewishness about the Abel Drugger of the Tobacconist.

* Her case is parallel to one recorded by the Soo. for Psychichal Research, of a servant who spoke Hebrew unconsciously from having lived in the house of a clergyman who studied aloud.