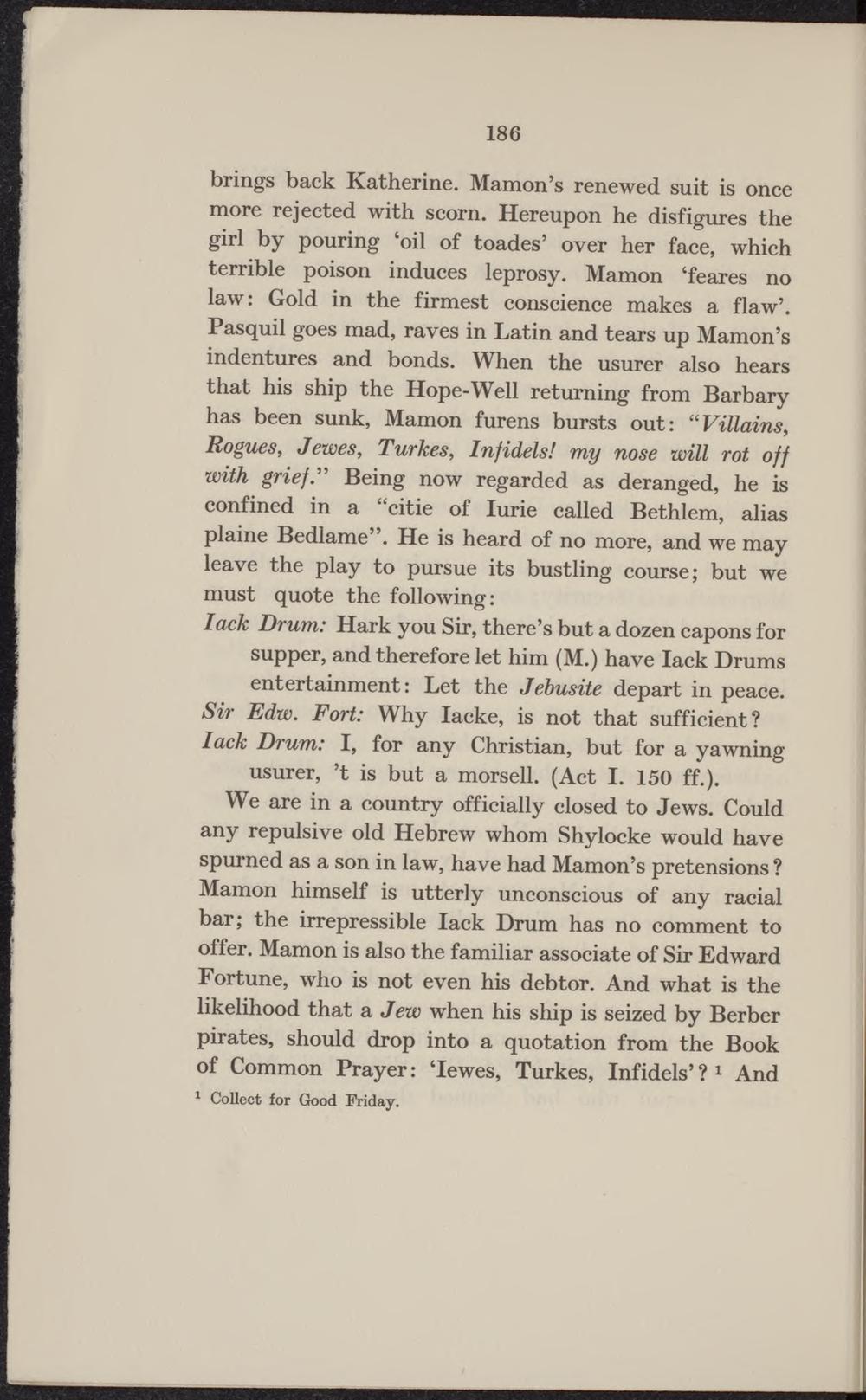 brings back Katherine. Mamon's renewed suit is once more rejected with scorn. Hereupon he disfigures the girl by pouring 'oil of toades' over her face, which terrible poison induces leprosy. Mamon 'feares no law: Gold in the firmest conscience makes a flaw'. Pasquil goes mad, raves in Latin and tears up Mamon's indentures and bonds. When the usurer also hears that his ship the Hope-Well returning from Barbary has been sunk, Mamon furens bursts out: "Viüains, Bogues, Jewes, Turkes, Infidels! my nose will rot off with grief." Being now regarded as deranged, he is confined in a "citie of Iurie called Bethlem, alias plaine Bedlame". He is heard of no more, and we may leave the play to pursue its bustling course; but we must quote the following:

lach Drum: Hark you Sir, there's but a dozen capons for supper, and therefore let him (M.) have Iack Drums entertainment: Let the Jehusite depart in peace. Sir Edw. Fort: Why Iacke, is not that sufficiënt? Iack Drum: I, for any Christian, but for a yawning usurer, 't is but a morsell. (Act I. 150 ff.). We are in a country officially closed to Jews. Could any repulsive old Hebrew whom Shylocke would have spurned as a son in law, have had Mamon's pretensions ? Mamon himself is utterly unconscious of any racial bar; the irrepressible Iack Drum has no comment to offer. Mamon is also the familiar associate of Sir Edward Fortune, who is not even his debtor. And what is the likelihood that a Jew when his ship is seized by Berber pirates, should drop into a quotation from the Book of Common Prayer: 'Iewes, Turkes, Infidels'?1 And