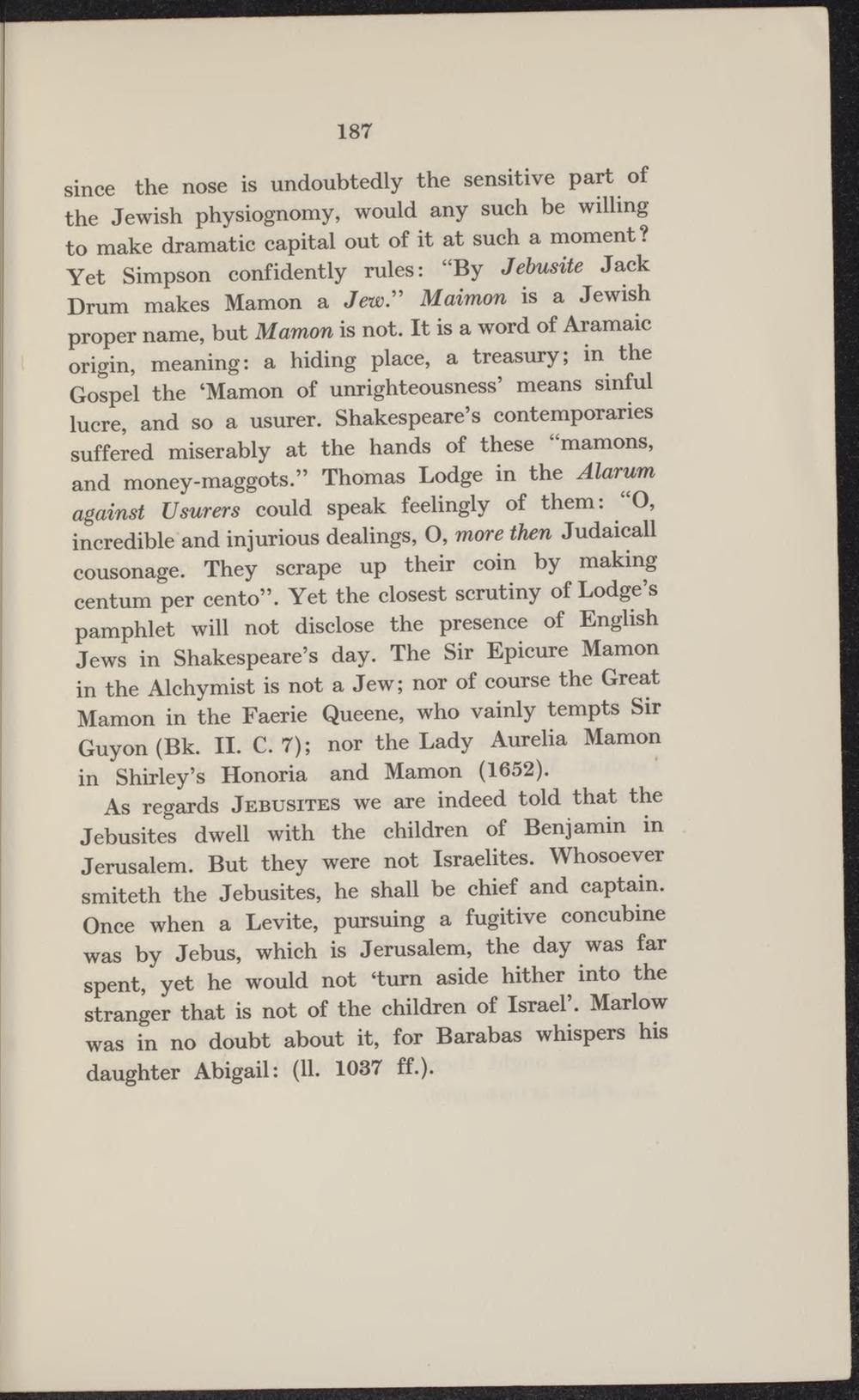 since the nose is undoubtedly the sensitive part of the Jewish physiognomy, would any such be wiUing to make dramatic capital out of it at such a moment? Yet Simpson confidently rules: "By Jebusüe Jack Drum makes Mamon a Jew." Maimon is a Jewish proper name, but Mamon is not. It is a word of Aramaic origin, meaning: a hiding place, a treasury; in the Gospel the 'Mamon of unrighteousness' means sinful lucre, and so a usurer. Shakespeare's contemporaries suffered miserably at the hands of these "mamons, and money-maggots." Thomas Lodge in the Alarum against Usurers could speak feelingly of them: "O, incredible and injurious dealings, O, more then Judaicall cousonage. They scrape up their coin by making centum per cento". Yet the closest scrutiny of Lodge's pamphlet will not disclose the presence of English Jews in Shakespeare's day. The Sir Epicure Mamon in the Alchymist is not a Jew; nor of course the Great Mamon in the Faerie Queene, who vainly tempts Sir Guyon(Bk. II. C. 7); nor the Lady Aurelia Mamon in Shirley's Honoria and Mamon (1652).

As regards Jebusites we are indeed told that the Jebusites dweil with the children of Benjamin in Jerusalem. But they were not Israelites. Whosoever smiteth the Jebusites, he shall be chief and captain. Once when a Levite, pursuing a fugitive concubine was by Jebus, which is Jerusalem, the day was far spent, yet he would not 'turn aside hither into the stranger that is not of the children of Israël'. Marlow was in no doubt about it, for Barabas whispers his daughter Abigail: (11. 1037 ff.).