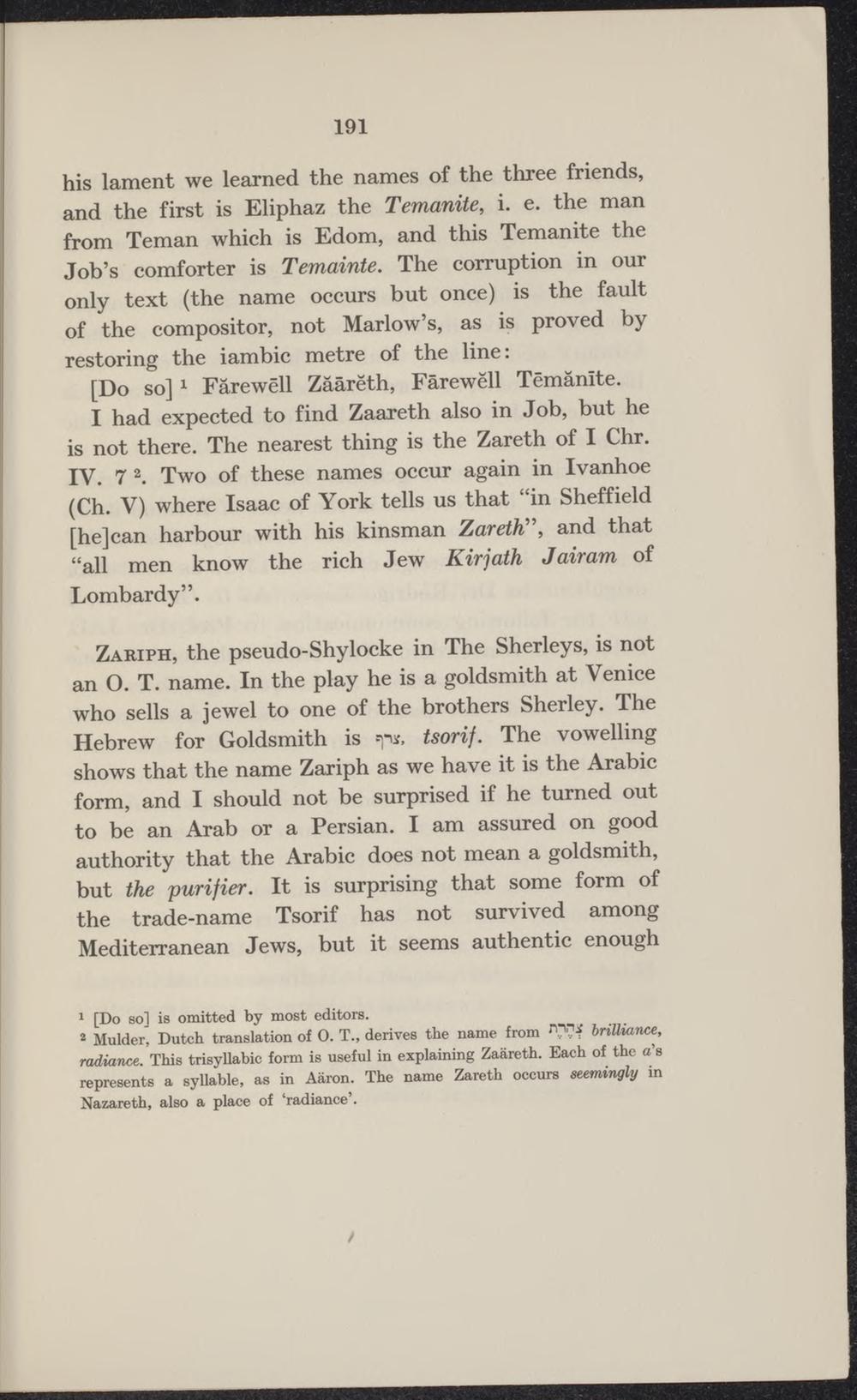 his lament we learned the names of the three friends, and the first is Eliphaz the Temanite, i. e. the man from Teman which is Edom, and this Temanite the Job's comforter is Temainte. The corruption in our only text (the name occurs but once) is the fault of the compositor, not Marlow's, as is proved by restoring the iambic metre of the line:

[Do so]1 Farewell Zaarëth, Farewell Temanite. I had expected to find Zaareth also in Job, but he is not there. The nearest thing is the Zareth of I Chr. IV. 7 2. Two of these names occur again in Ivanhoe (Ch. V) where Isaac of York tells us that "in Sheffield [he]can harbour with his kinsman Zareth", and that "all men know the rich Jew Kirjath Jairam of Lombardy".

Zariph, the pseudo-Shylocke in The Sherleys, is not an O. T. name. In the play he is a goldsmith at Venice who sells a jewel to one of the brothers Sherley. The Hebrew for Goldsmith is ip* tsorif. The vowelling shows that the name Zariph as we have it is the Arabic form, and I should not be surprised if he turned out to be an Arab or a Persian. I am assured on good authority that the Arabic does not mean a goldsmith, but the purifier. It is surprising that some form of the trade-name Tsorif has not survived among Mediterranean Jews, but it seems authentic enough

1 [Do so] is omitted by most editors.

» Mulder, Dutch translation of 0. T., derives the name from briUiance, radiance. This trisyllabic form is useful in explaining Zaareth. Each of the a's represents a syllable, as in Aaron. The name Zareth occurs seermngly m Nazareth, also a place of 'radiance'.