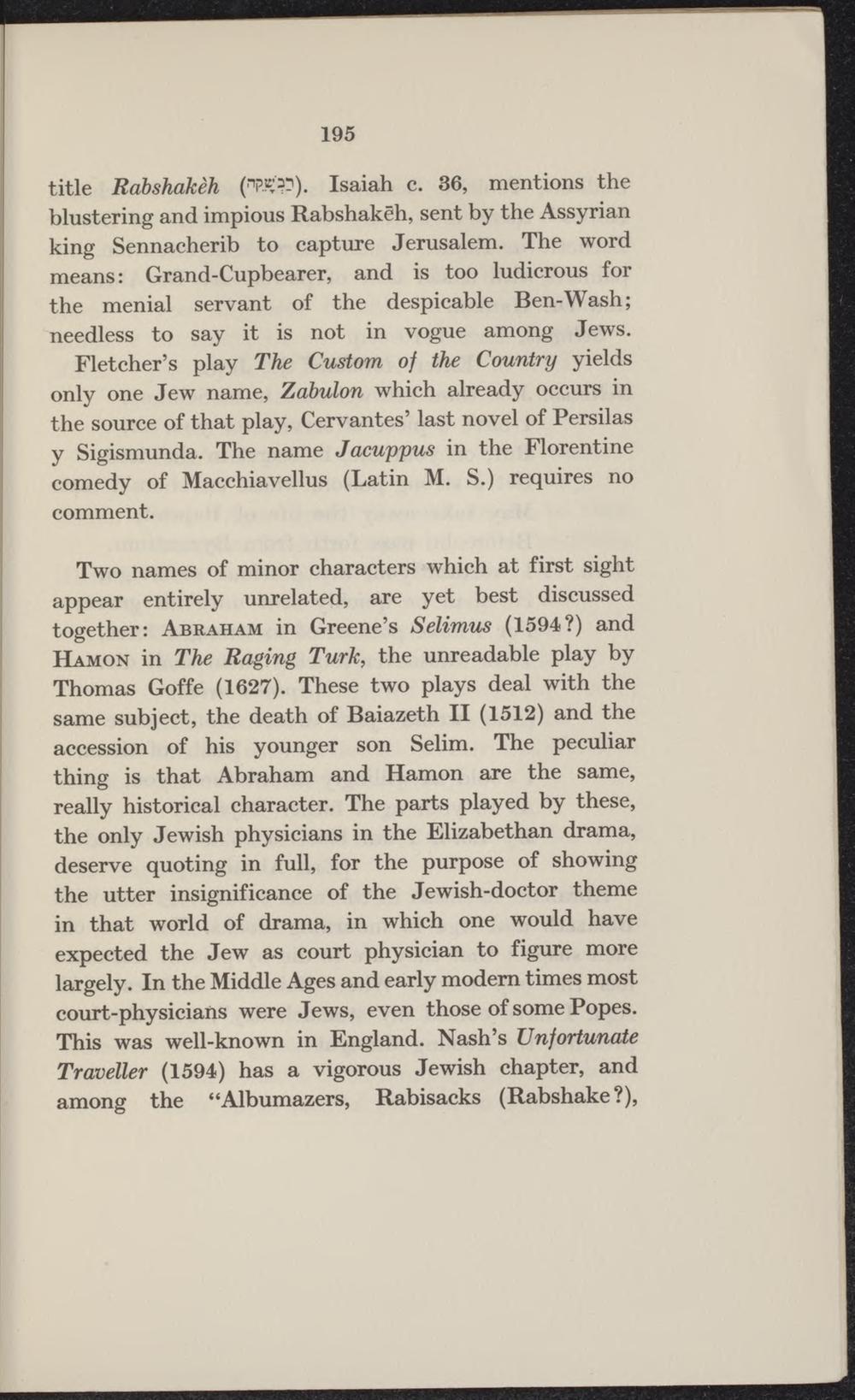 title Rabshakèh 0$SP), Isaiah c. 36, mentions the blustering and impious Rabshakëh, sent by the Assyrian king Sennacherib to capture Jerusalem. The word means: Grand-Cupbearer, and is too ludicrous for the menial servant of the despicable Ben-Wash; needless to say it is not in vogue among Jews.

Fletcher's play The Custom of the Country yields only one Jew name, Zabulon which already occurs in the source of that play, Cervantes' last novel of Persilas y Sigismunda. The name Jacuppus in the Florentine comedy of Macchiavellus (Latin M. S.) requires no comment.

Two names of minor characters which at first sight appear entirely unrelated, are yet best discussed together: Abraham in Greene's Selimus (1594?) and Hamon in The Raging Turk, the unreadable play by Thomas Goffe (1627). These two plays deal with the same subject, the death of Baiazeth II (1512) and the accession of his younger son Selim. The peculiar thing is that Abraham and Hamon are the same, really historical character. The parts played by these, the only Jewish physicians in the Elizabethan drama, deserve quoting in full, for the purpose of showing the utter insignificance of the Jewish-doctor theme in that world of drama, in which one would have expected the Jew as court physician to figure more largely. In the Middle Ages and early modern times most court-physicians were Jews, even those of some Popes. This was well-known in England. Nash's Unfortunate Traveller (1594) has a vigorous Jewish chapter, and among the "Albumazers, Rabisacks (Rabshake?),