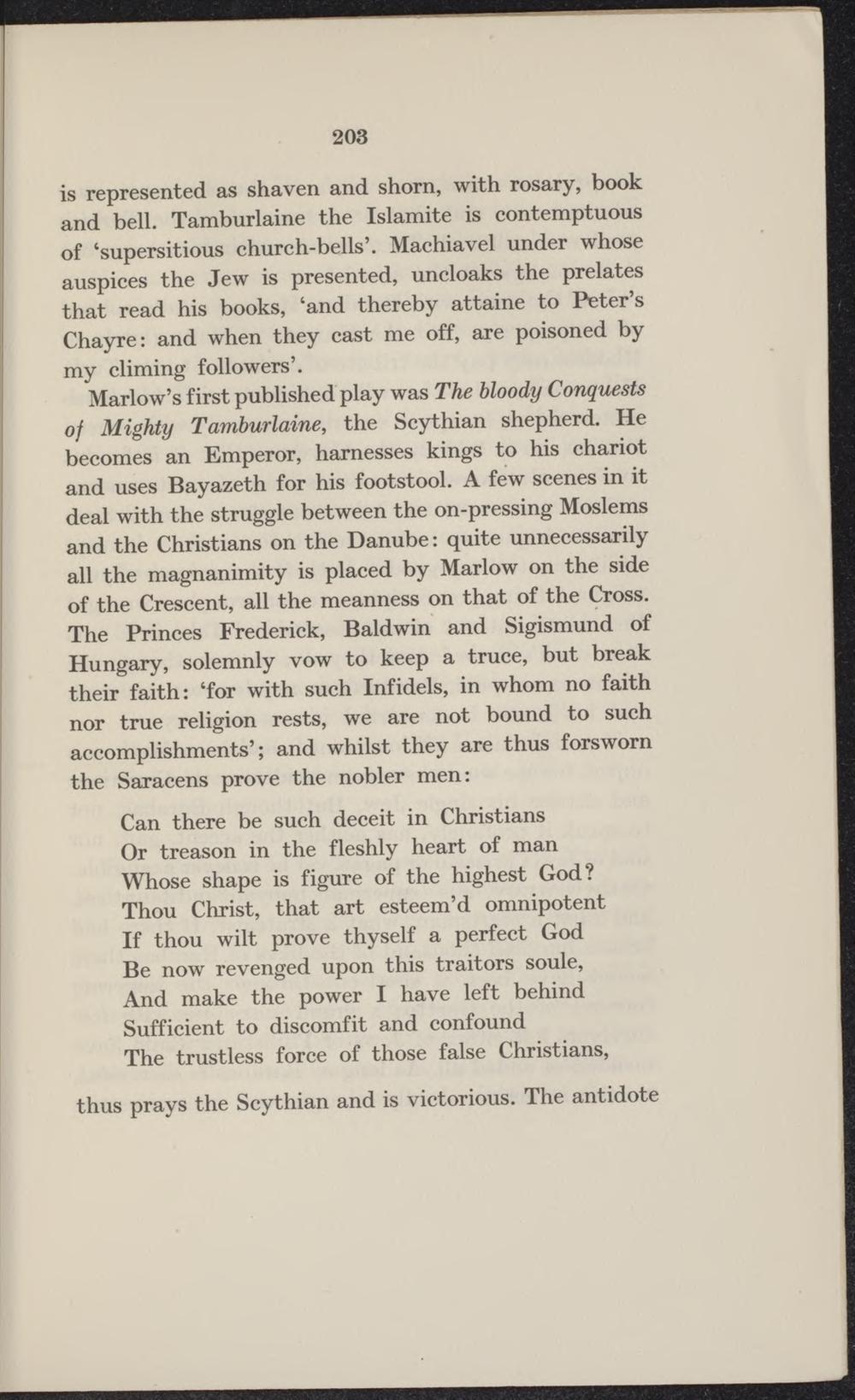 is represented as shaven and shorn, with rosary, book and bell. Tamburlaine the Islamite is contemptuous of 'supersitious church-bells'. Machiavel under whose auspices the Jew is presented, uncloaks the prelates that read his books, 'and thereby attaine to Peter's Chayre: and when they cast me off, are poisoned by my climing followers'.

Marlow's first published play was The hloody Conquests of Mighty Tamburlaine, the Scythian shepherd. He becomes an Emperor, harnesses kings to his chariot and uses Bayazeth for his footstool. A few scènes in it deal with the struggle between the on-pressing Moslems and the Christians on the Danube: quite unnecessarily all the magnanimity is placed by Marlow on the side of the Crescent, all the meanness on that of the Cross. The Princes Frederick, Baldwin and Sigismund of Hungary, solemnly vow to keep a truce, but break their faith: 'for with such Infidels, in whom no faith nor true religion rests, we are not bound to such accomplishments'; and whilst they are thus forsworn the Saracens prove the nobler men:

Can there be such deceit in Christians Or treason in the fleshly heart of man Whose shape is figure of the highest God? Thou Christ, that art esteem'd omnipotent If thou wilt prove thyself a perfect God Be now revenged upon this traitors soule, And make the power I have left behind Sufficiënt to discomfit and confound The trustless force of those false Christians,

thus prays the Scythian and is victorious. The antidote