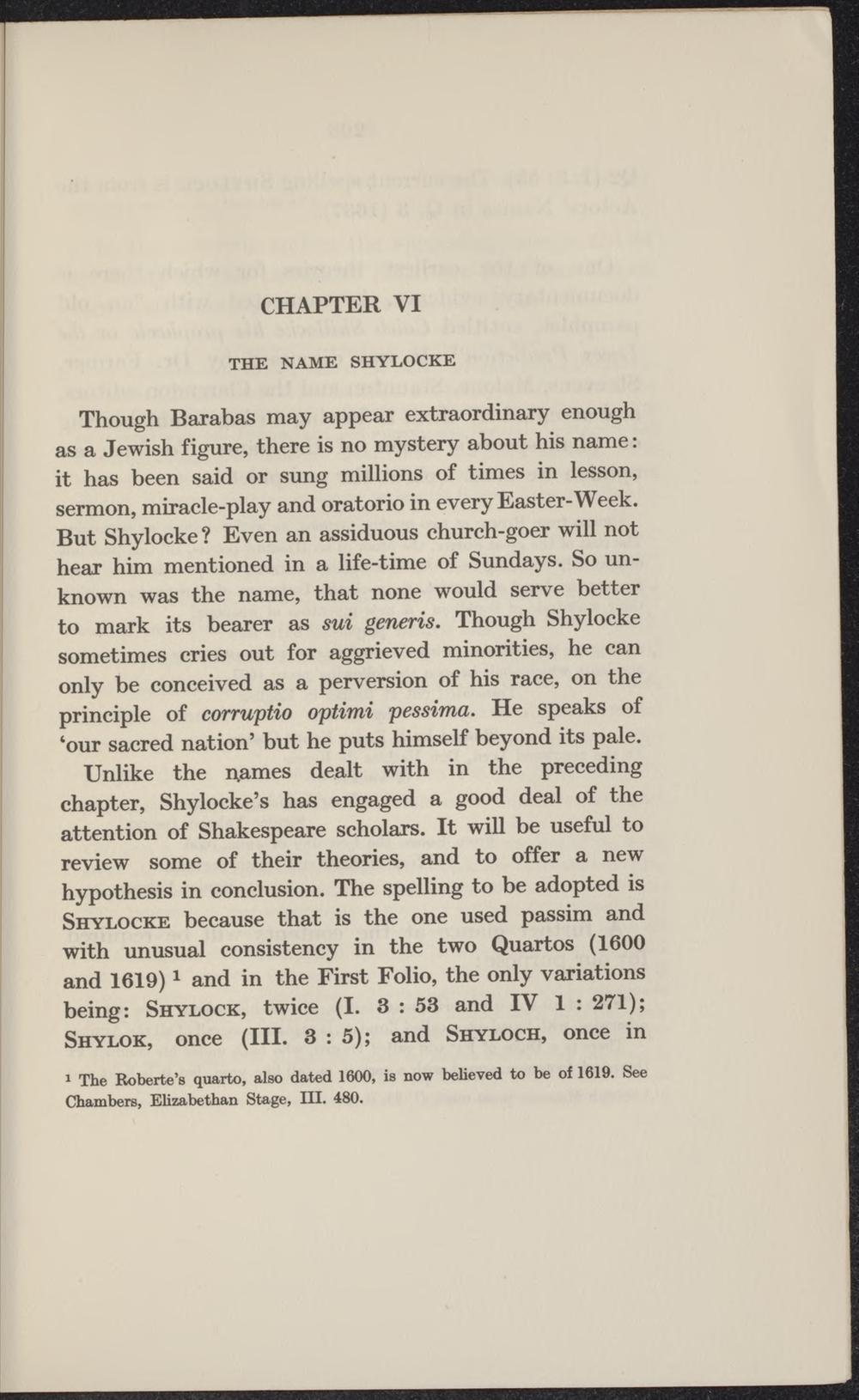 Though Barabas may appear extraordinary enough as a Jewish figure, there is no mystery about his name: it has been said or sung millions of times in lesson, sermon, miracle-play and oratorio in every Easter-Week. But Shylocke? Even an assiduous church-goer will not hear him mentioned in a life-time of Sundays. So unknown was the name, that none would serve better to mark its bearer as sui gmeris. Though Shylocke sometimes cries out for aggrieved minorities, he can only be conceived as a perversion of his race, on the principle of corruptie- optimi pessima. He speaks of 'our sacred nation' but he puts himself beyond its pale.

Unlike the names dealt with in the preceding chapter, Shylocke's has engaged a good deal of the attention of Shakespeare scholars. It will be useful to review some of their theories, and to offer a new hypothesis in conclusion. The spelling to be adopted is Shylocke because that is the one used passim and with unusual consistency in the two Quartos (1600 and 1619)1 and in the First Folio, the only variations being: Shylock, twice (I. 8 : 53 and IV 1 : 271); Shylok, once (III. 8:5); and Shyloch, once in