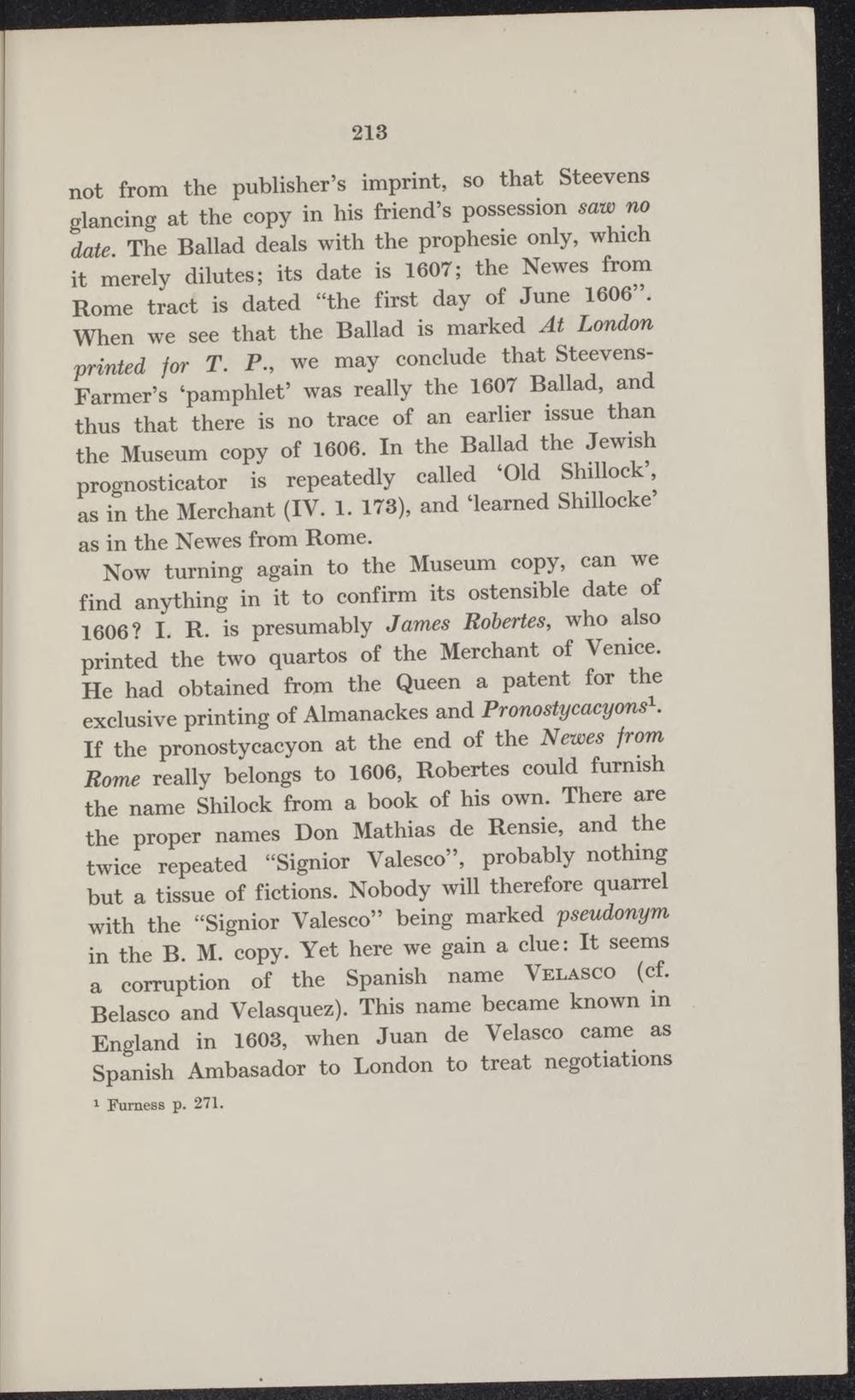 not from the publisher's imprint, so that Steevens glancing at the copy in his friend's possession tam no date The Ballad deals with the prophesie only, which it merely dilutes; its date is 1607; the Newes from Rome tract is dated "the first day of June 1606 . When we see that the Ballad is marked At London printed lor T. P., we may conclude that SteevensFarmer's 'pamphlet' was really the 1607 Ballad, and thus that there is no tracé of an earlier issue than the Museum copy of 1606. In the Ballad the Jewish prognosticator is repeatedly called 'Old Shillock, as in the Merchant (IV. t. 173), and 'learned Shillocke as in the Newes from Rome.

Now turning again to the Museum copy, can we find anything in it to confirm its ostensible date of 1606? I. R. is presumably Jamet Robertes, who also printed the two quartos of the Merchant of Venice. He had obtained from the Queen a patent for the exclusive printing of Almanackes and Pronottycacyont1. If the pronostycacyon at the end of the Newes from Rome really belongs to 1606, Robertes could furnish the name Shilock from a book of his own. There are the proper names Don Mathias de Rensie, and the twice repeated "Signior Valesco", probably nothing but a tissue of fictions. Nobody will therefore quarrel with the "Signior Valesco" being marked pseudonym in the B. M. copy. Yet here we gain a clue: It seems a corruption of the Spanish name Velasco (cf. Belasco and Velasquez). This name became known m England in 1603, when Juan de Velasco came as Spanish Ambasador to London to treat negotiations