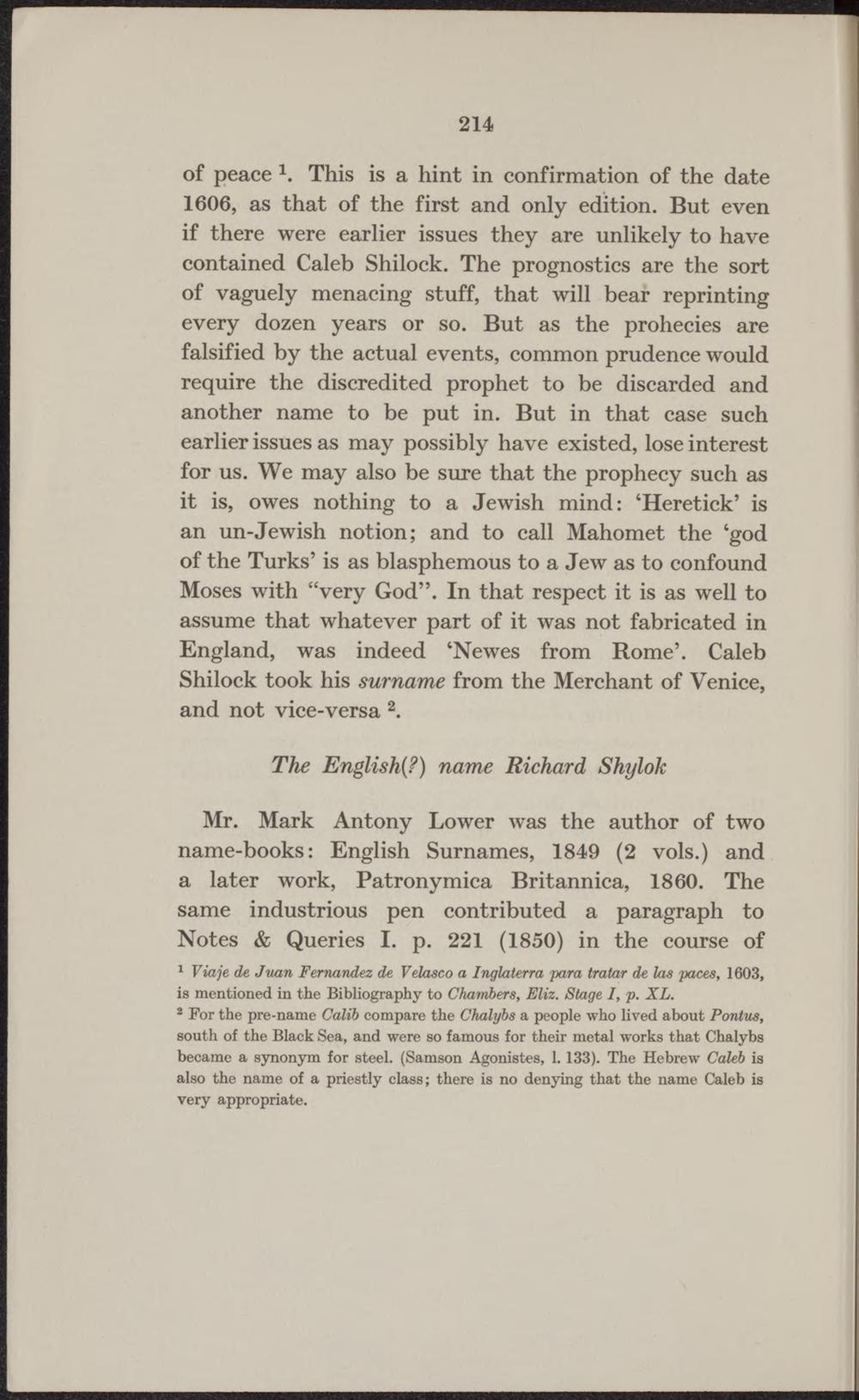 of peace x. This is a hint in confirmation of the date 1606, as that of the first and only edition. But even if there were earlier issues they are unlikely to have contained Caleb Shilock. The prognostics are the sort of vaguely menacing stuff, that will beaf reprinting every dozen years or so. But as the prohecies are falsified by the actual events, common prudence would require the discredited prophet to be discarded and another name to be put in. But in that case such earlier issues as may possibly have existed, lose interest for us. We may also be sure that the prophecy such as it is, owes nothing to a Jewish mind: 'Heretick' is an un-Jewish notion; and to call Mahomet the 'god of the Turks' is as blasphemous to a Jew as to confound Moses with "very God". In that respect it is as well to assume that whatever part of it was not fabricated in England, was indeed 'Newes from Rome'. Caleb Shilock took his surname from the Merchant of Venice, and not vice-versa 2.

Mr. Mark Antony Lower was the author of two name-books: English Surnames, 1849 (2 vols.) and a later work, Patronymica Britannica, 1860. The same industrious pen contributed a paragraph to Notes & Queries I. p. 221 (1850) in the course of

1 Viaje de Juan Fernandez de Velasco a Inglaterra para tratar de las paces, 1603, is mentioned in the Bibliography to Chambers, Eliz. Stage I, p. XL. * For the pre-name Calib eompare the Chalybs a people who lived about Pontus, south of the Black Sea, and were so famous for their metal works that Chalybs became a synonym for steel. (Samson Agonistes, 1.133). The Hebrew Caleb is also the name of a priestly class; there is no denying that the name Caleb is very appropriate.