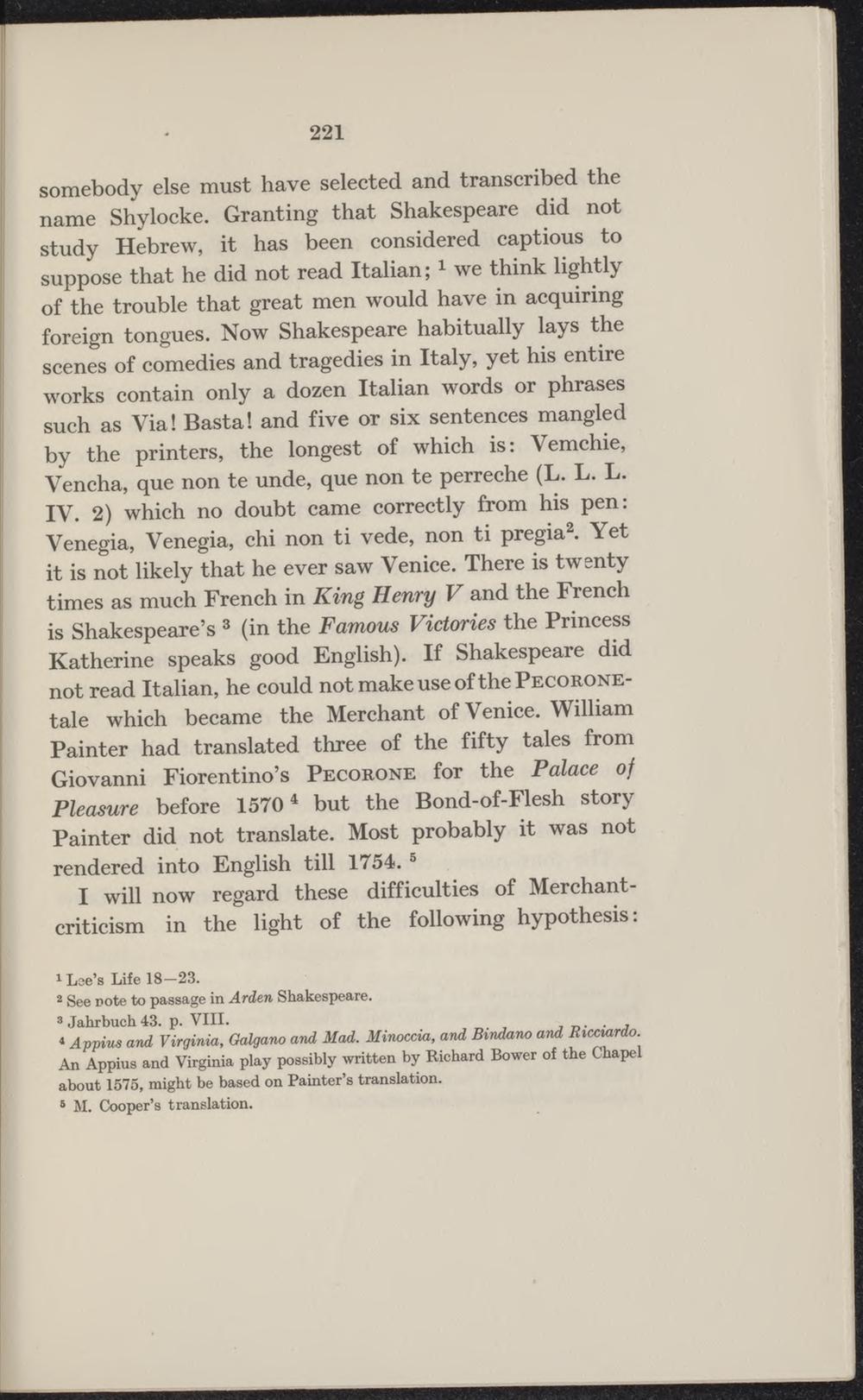 somebody else must have selected and transcribed the name Shylocke. Granting that Shakespeare did not study Hebrew, it has been considered captious to suppose that he did not read Italian;1 we think lightly of the trouble that great men would have in acquiring foreign tongues. Now Shakespeare habitually lays the scènes of comedies and tragedies in Italy, yet his entire works contain only a dozen Italian words or phrases such as Via! Basta! and five or six sentences mangled by the printers, the longest of which is: Vemchie, Vencha, que non te unde, que non te perreche (L. L. L. IV. 2) which no doubt came correctly from his pen: Venegia, Venegia, chi non ti vede, non ti pregia2. Yet it is not likely that he ever saw Venice. There is twenty times as much French in King Henry V and the French is Shakespeare's 3 (in the Famous Victories the Princess Katherine speaks good English). If Shakespeare did not read Italian, he could not make use of thePECORONEtale which became the Merchant of Venice. William Painter had translated three of the fifty tales from Giovanni Fiorentino's Pecorone for the Palace of Pleasure before 15704 but the Bond-of-Flesh story Painter did not translate. Most probably it was not rendered into English till 1754.8

I will now regard these difficulties of Merchantcriticism in the light of the following hypothesis: