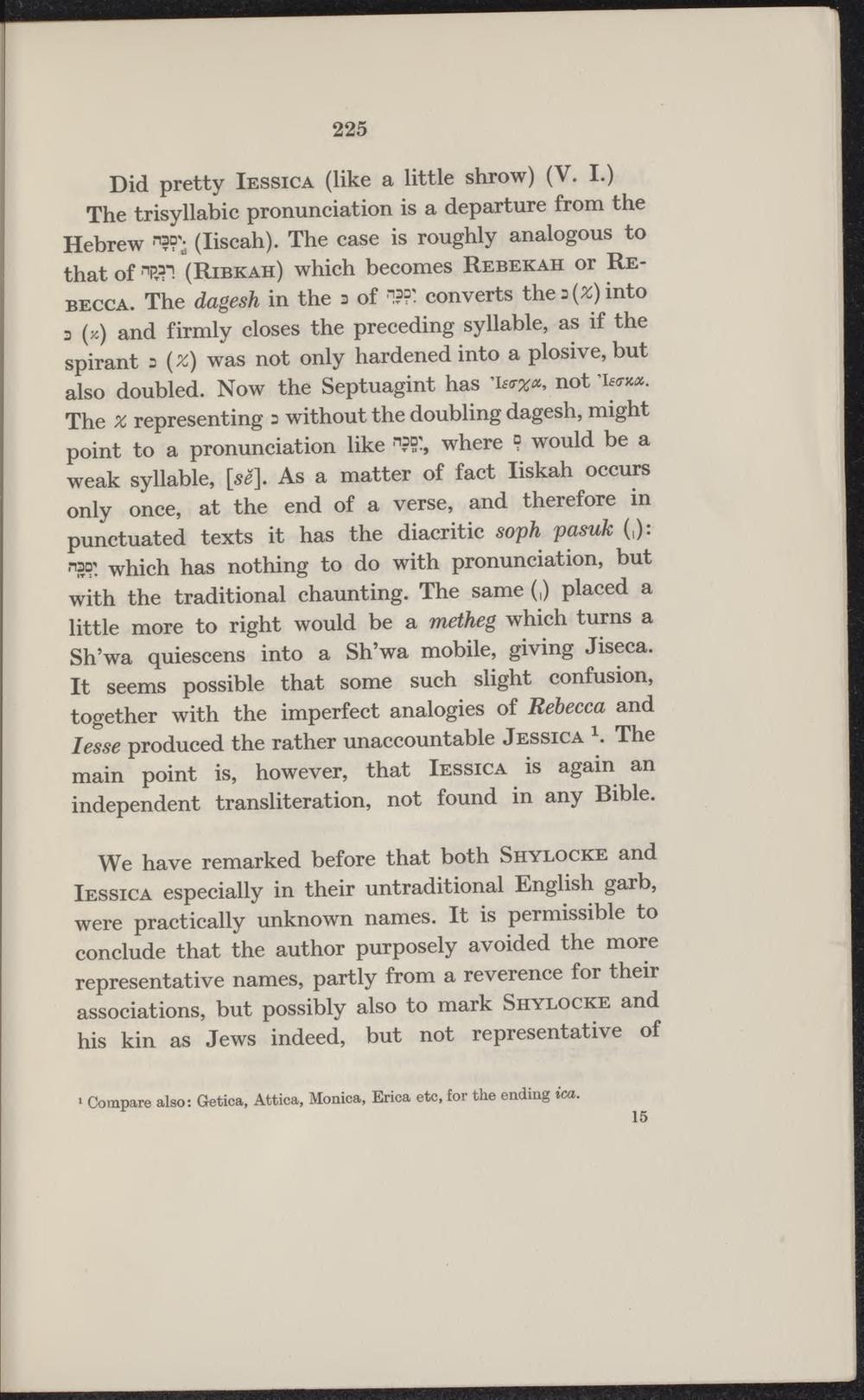 Did pretty Iessica (like a little shrow) (V. I.) The trisyllabic pronunciation is a departure from the Hebrew TOï (Iiscah). The case is roughly analogous to that of "ET. (Ribkah) which becomes Rebekah or Rebecca. The dagesh in the * of W5 converts the = (*) into a (k) and firmly closes the preceding syllable, as if the spirant a (%) was not only hardenedinto a plosive,but also doubled. Now the Septuagint has Tar**. nofiew* The X representing a without the doubling dagesh, might point to a pronunciation like W* where 9 would be a weak syllable, [së]. As a matter of fact Iiskah occurs only once, at the end of a verse, and therefore in punetuated texts it has the diacritic soph pasuk (,): m which has nothing to do with pronunciation, but with the traditional chaunting. The same (,) placed a little more to right would be a metheg which turns a Sh'wa quiescens into a Sh'wa mobile, giving Jiseca. It seems possible that some such slight confusion, together with the imperfect analogies of Bebecca and lesse produced the rather unaccountable Jessica k The main point is, however, that Iessica is again an independent transliteration, not found in any Bible.

We have remarked before that both Shylocke and Iessica especially in their untraditional English garb, were practically unknown names. It is permissible to conclude that the author purposely avoided the more representative names, partly trom a révérence for their associations, but possibly also to mark Shylocke and his kin as Jews indeed, but not representative of