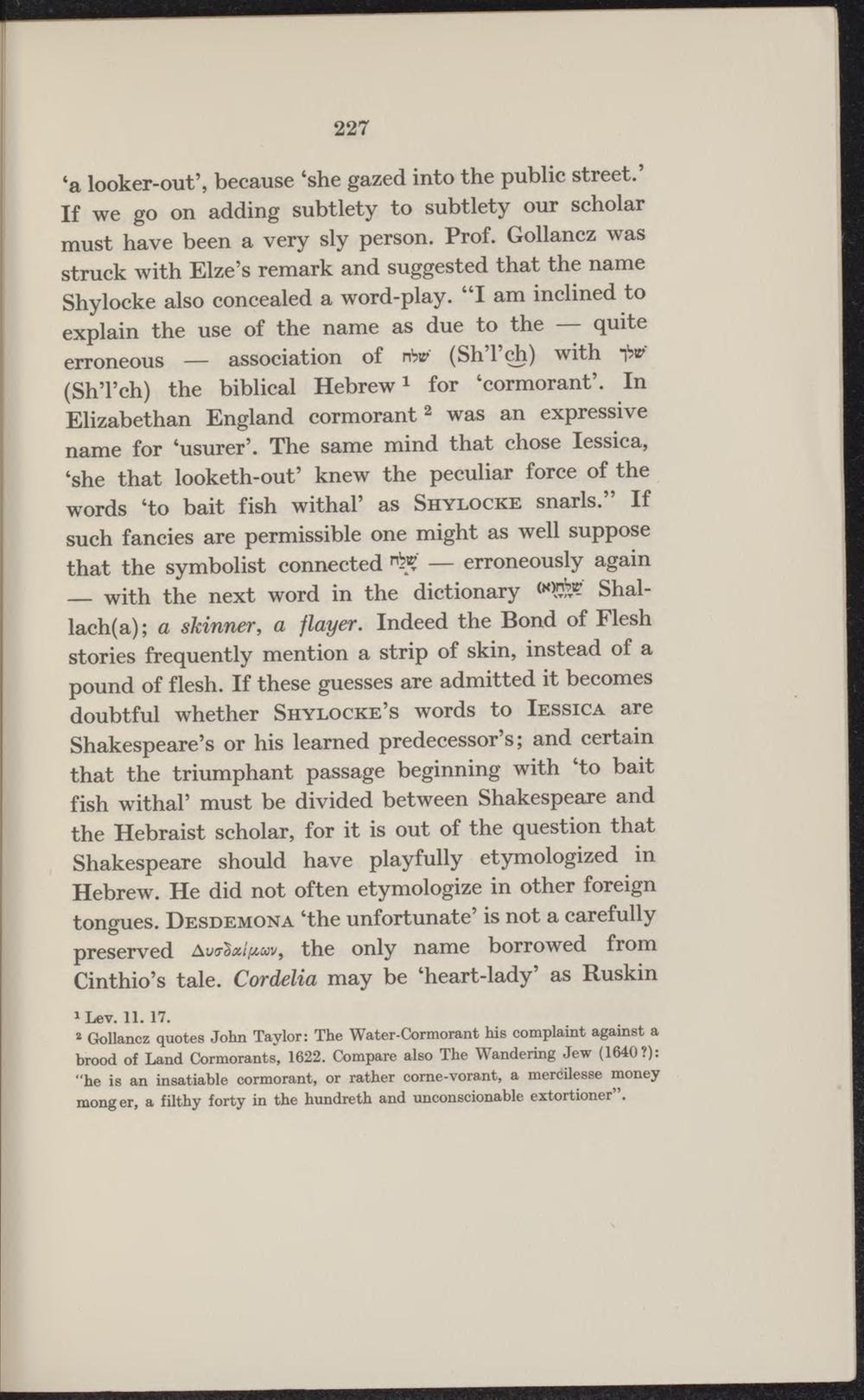 *a looker-out', because 'she gazed into the public street.' If we go on adding subtlety to subtlety our scholar must have been a very sly person. Prof. Gollancz was struck with Elze's remark and suggested that the name Shylocke also concealed a word-play. "I am inclined to explain the use of the name as due to the — quite erroneous — association of tW (ShTch) with 1* (ShTch) the biblical Hebrew1 for 'cormorant'. In Elizabethan England cormorant2 was an expressive name for 'usurer'. The same mind that chose Iessica, 'she that looketh-out' knew the peculiar force of the words 'to bait fish withal' as Shylocke snarls." If such fancies are permissible one might as well suppose that the symbolist connected — erroneously again — with the next word in the dictionary Shallach(a); a skinner, a flayer. Indeed the Bond of Flesh stories frequently mention a strip of skin, instead of a pound of flesh. If these guesses are admitted it becomes doubtful whether Shylocke's words to Iessica are Shakespeare's or his learned predecessor's; and certain that the triumphant passage beginning with 'to bait fish withal' must be divided between Shakespeare and the Hebraist scholar, for it is out of the question that Shakespeare should have playfully etymologized in Hebrew. He did not often etymologize in other foreign tongues. Desdemona 'the unfortunate' is not a carefully preserved Avo-UI/tav, the only name borrowed from Cinthio's tale. Cordelia may be 'heart-lady' as Ruskin

* Gollancz quotes John Taylor: The Water-Cormorant his complaint against a brood of Land Cormorants, 1622. Compare also The Wandering Jew (1640?): "he is an insatiable cormorant, or rather corne-vorant, a merdilesse money monger, a filthy forty in the hundreth and unconscionable extortioner".