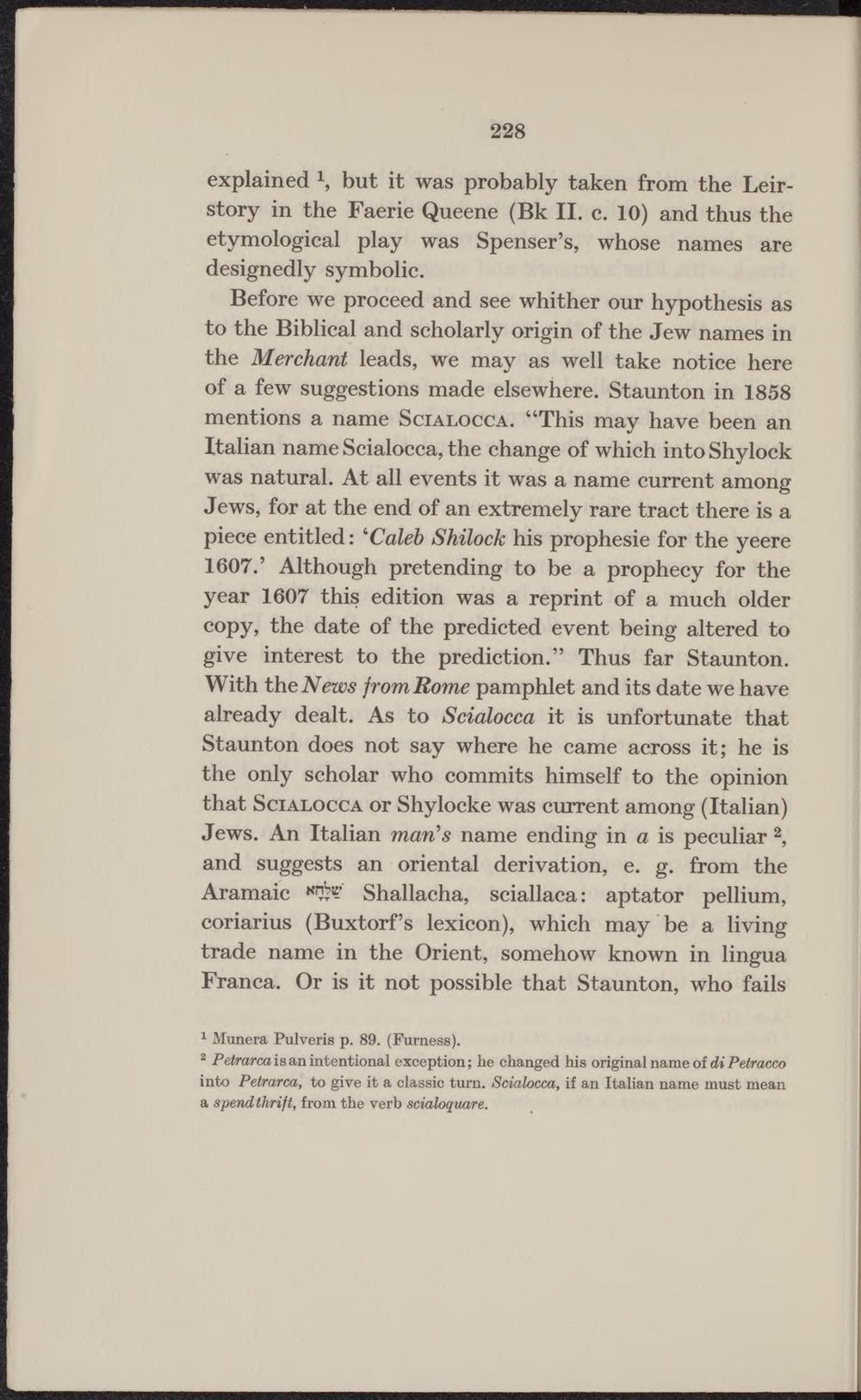 explained % but it was probably taken from the Leirstory in the Faerie Queene (Bk II. c. 10) and thus the etymological play was Spenser's, whose names are designedly symbolic.

Before we proceed and see whither our hypothesis as to the Biblical and scholarly origin of the Jew names in the Merchant leads, we may as well take notice here of a few suggestions made elsewhere. Staunton in 1858 mentions a name Scialocca. "This may have been an Italian name Scialocca, the change of which into Shylock was natural. At all events it was a name current among Jews, for at the end of an extremely rare tract there is a piece entitled: 'Caleb Shilock his prophesie for the yeere 1607.' Although pretending to be a prophecy for the year 1607 this edition was a reprint of a much older copy, the date of the predicted event being altered to give interest to the prediction." Thus far Staunton. With the News from Rome pamphlet and its date we have already dealt. As to Scialocca it is unfortunate that Staunton does not say where he came across it; he is the only scholar who commits himself to the opinion that Scialocca or Shylocke was current among (Italian) Jews. An Italian man's name ending in a is peculiar 2, and suggests an oriental derivation, e. g. from the Aramaic Shallacha, sciallaca: aptator pellium,

coriarius (Buxtorf's lexicon), which may be a living trade name in the Oriënt, somehow known in lingua Franca. Or is it not possible that Staunton, who fails

s Petmrcaisanintentional exception; he changed his original name of di Petracco into Petrarca, to give it a classic turn. Scialocca, if an Italian name must mean a spendthrift, from the verb scialoquare.