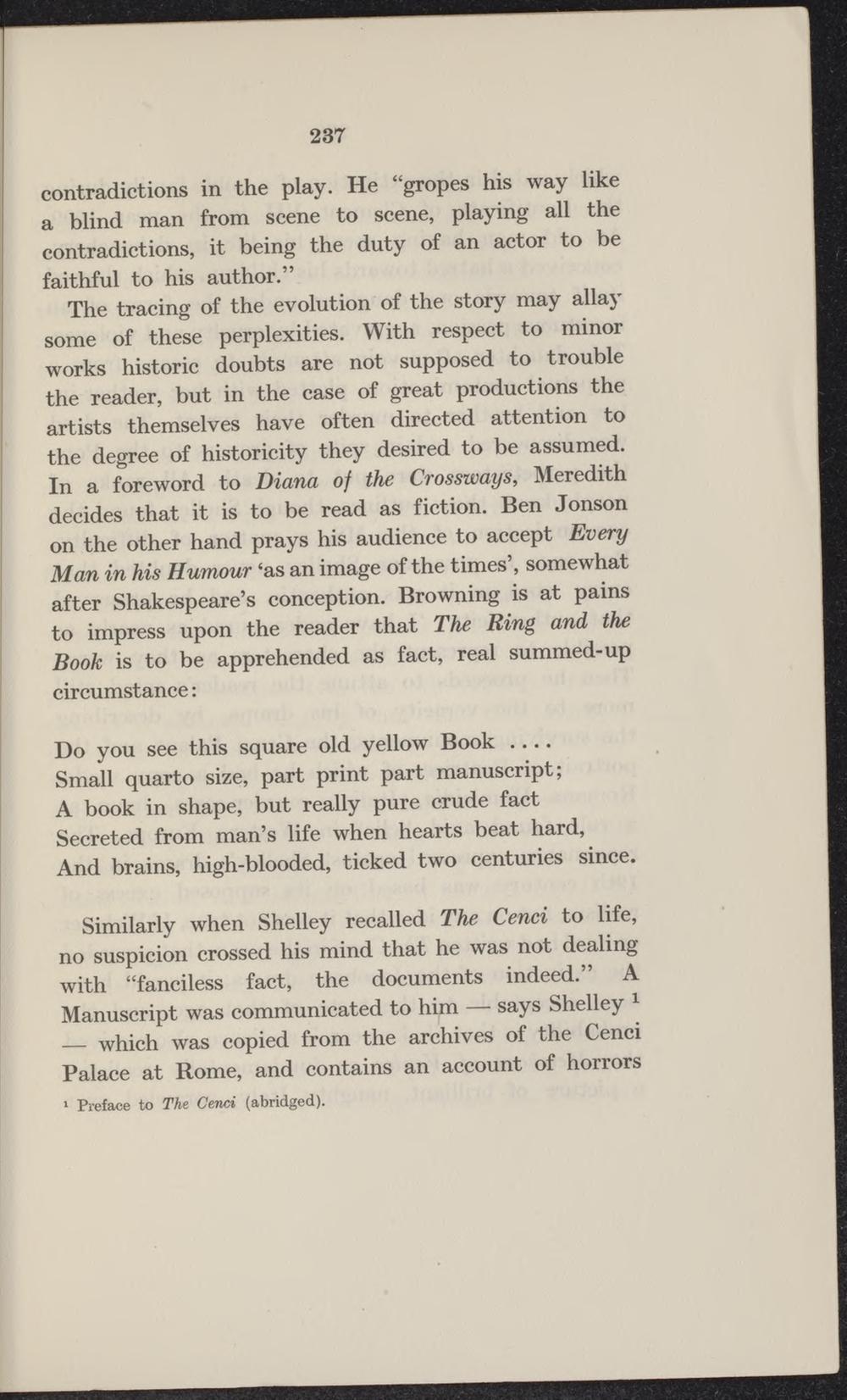 contradictions in the play. He "gropes his way like a blind man from scène to scène, playing all the contradictions, it being the duty of an actor to be faithful to his author."

The tracing of the evolution of the story may allay some of these perplexities. With respect to minor works historie doubts are not supposed to trouble the reader, but in the case of great productions the artists themselves have often directed attention to the degree of historicity they desired to be assumed. In a foreword to Diana of the Crossways, Meredith decides that it is to be read as fiction. Ben Jonson on the other hand prays his audience to accept Every Man in his Humour 'as an image of the times', somewhat after Shakespeare's conception. Browning is at pains to impress upon the reader that The Ring and the Book is to be apprehended as fact, real summed-up circumstance:

Similarly when Shelley recalled The Cenci to life, no suspicion crossed his mind that he was not dealing with "fanciless fact, the documents indeed." A Manuscript was communicated to him — says Shelley * — which was copied from the archives of the Cenci Palace at Rome, and contains an account of horrors

1 Preface to The Cenci (abridged).