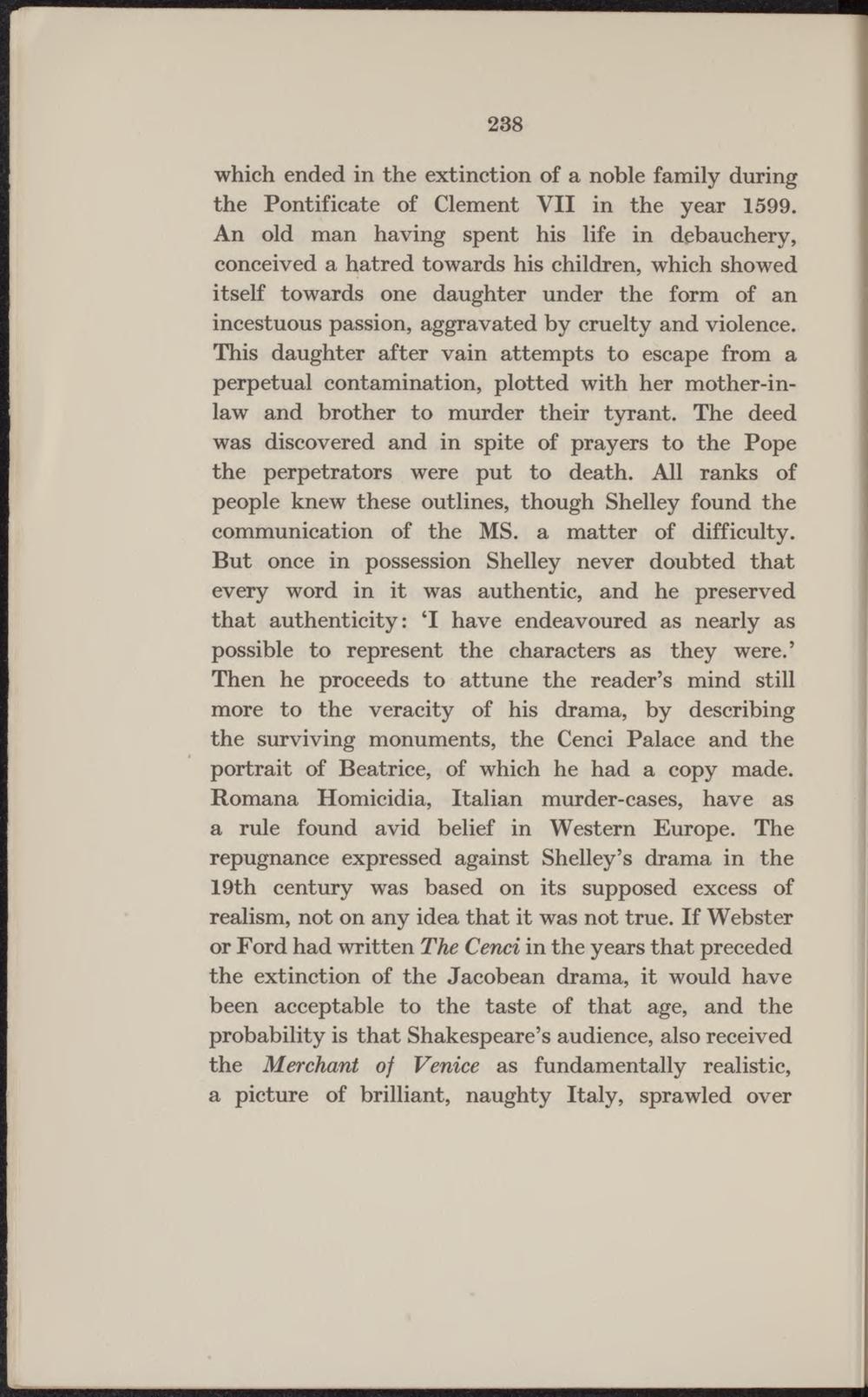 which ended in the extinction of a noble family during the Pontificate of Clement VII in the year 1599. An old man having spent his life in debauchery, conceived a hatred towards his children, which showed itself towards one daughter under the form of an incestuous passion, aggravated by cruelty and violence. This daughter after vain attempts to escape from a perpetual contamination, plotted with her mother-inlaw and brother to murder their tyrant. The deed was discovered and in spite of prayers to the Pope the perpetrators were put to death. All ranks of people knew these outlines, though Shelley found the communication of the MS. a matter of difficulty. But once in possession Shelley never doubted that every word in it was authentic, and he preserved that authenticity: 'I have endeavoured as nearly as possible to represent the characters as they were.' Then he proceeds to attune the reader's mind still more to the veracity of his drama, by describing the surviving monuments, the Cenci Palace and the portrait of Beatrice, of which he had a copy made. Romana Homicidia, Italian murder-cases, have as a rule found avid belief in Western Europe. The repugnance expressed against Shelley's drama in the 19th century was based on its supposed excess of realism, not on any idea that it was not true. If Webster or Ford had written The Cenci in the years that preceded the extinction of the Jacobean drama, it would have been acceptable to the taste of that age, and the probabüity is that Shakespeare's audience, also received the Merchant of Venice as fundamentally realistic, a picture of brilliant, naughty Italy, sprawled over