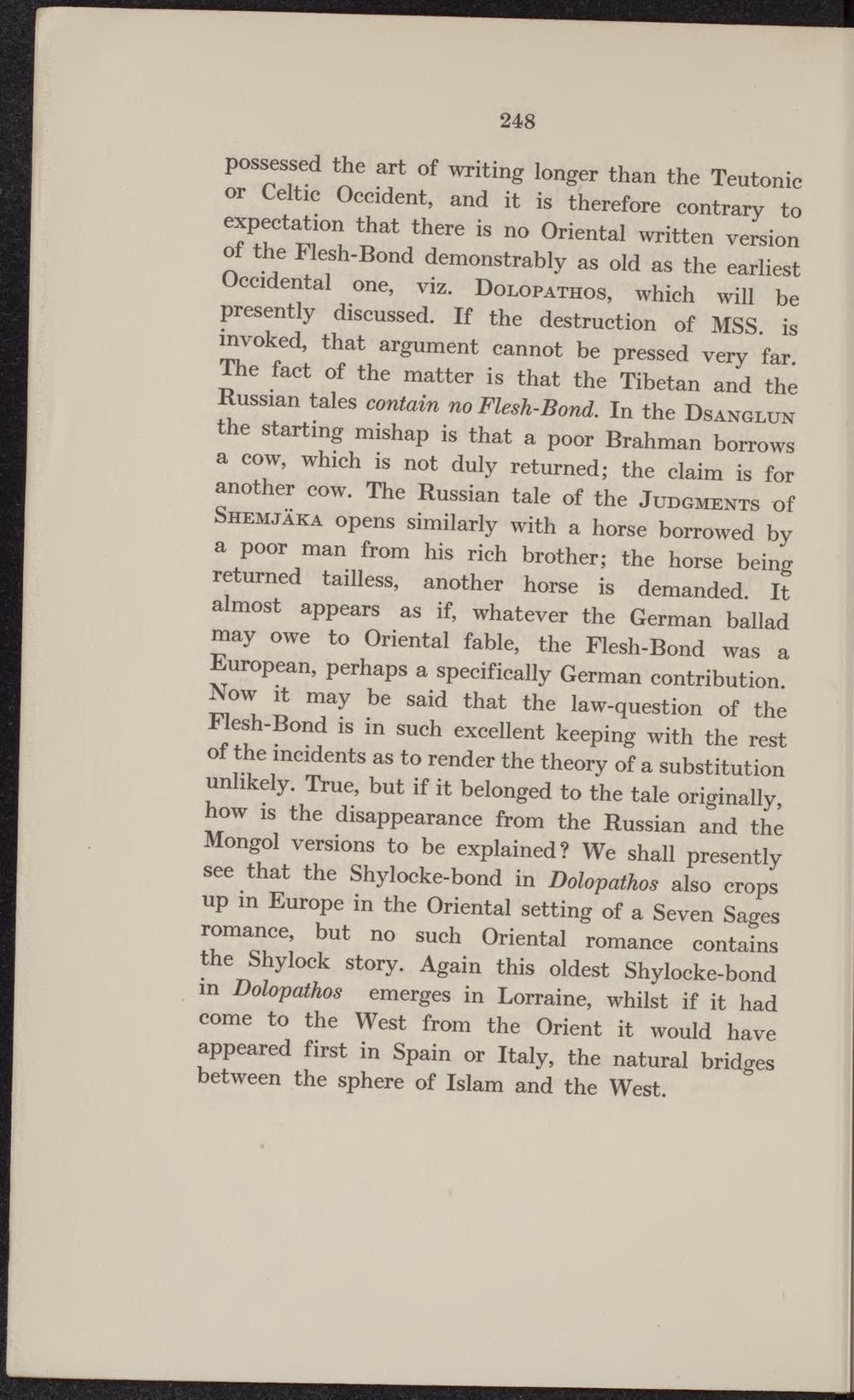 possessed the art of writing longer than the Teutonic or Celtic Occident, and it is therefore contrary to expectation that there is no Oriental written version of the Flesh-Bond demonstrably as old as the earliest Occidental one, viz. Dolopathos, which will be presently discussed. If the destruction of MSS is mvoked, that argument cannot be pressed very far The fact of the matter is that the Tibetan and the Kussian tales contain no Flesh-Bond. In the Dsanglun the starting mishap is that a poor Brahman borrows a cow, which is not duly returned; the claim is for another cow. The Russian tale of the Judgments of oHEMJAKA opens similarly with a horse borrowed by a poor man from his rich brother; the horse being returned tailless, another horse is demanded It almost appears as if, whatever the German ballad may owe to Oriental fable, the Flesh-Bond was a European, perhaps a specifically German contribution Now it may be said that the law-question of the Fjesh-Bond is in such excellent keeping with the rest of the mcidents as to render the theory of a substitution unhkely. True, but if it belonged to the tale originally how is the disappearance from the Russian and thê Mongol versions to be explained? We shall presently see that the Shylocke-bond in Dolopathos also crops up m Europe in the Oriental setting of a Seven Sages romance but no such Oriental romance contains the Shylock story. Again this oldest Shylocke-bond m Dolopathos emerges in Lorraine, whilst if it had come to the West from the Oriënt it would have appeared first in Spain or Italy, the natural bridges between the sphere of Islam and the West