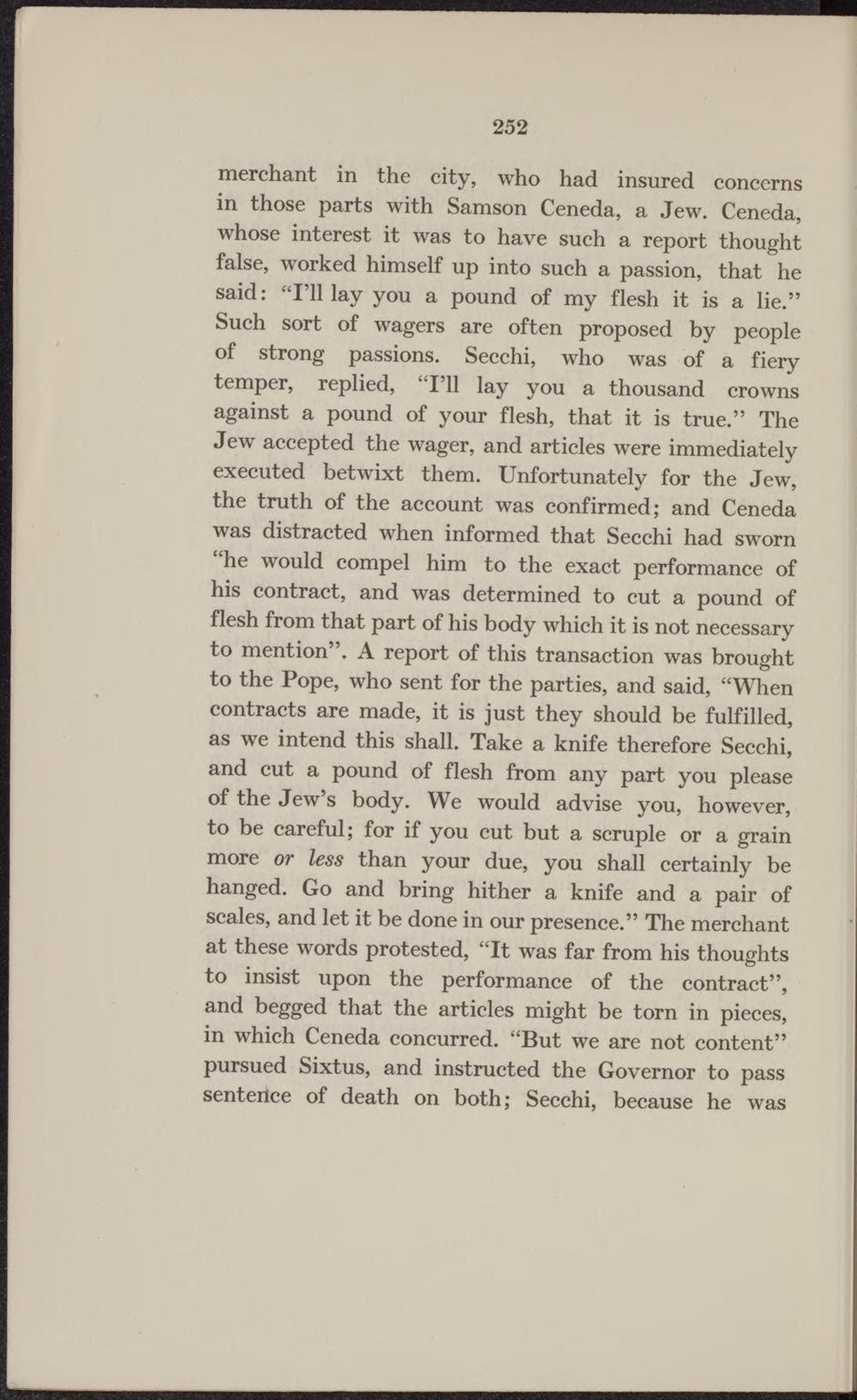 merchant in the city, who had insured concerns in those parts with Samson Ceneda, a Jew. Ceneda, whose interest it was to have such a report thought false, worked himself up into such a passion, that he said: "I'll lay you a pound of my flesh it is a lie." Such sort of wagers are often proposed by people of strong passions. Secchi, who was of a fiery temper, replied, "I'll lay you a thousand crowns against a pound of your flesh, that it is true." The Jew accepted the wager, and articles were immediately executed betwixt them. Unfortunately for the Jew, the truth of the account was confirmed; and Ceneda was distracted when informed that Secchi had sworn "he would compel him to the exact performance of his contract, and was determined to cut a pound of flesh from that part of his body which it is not necessary to mention". A report of this transaction was brought to the Pope, who sent for the parties, and said, "When contracts are made, it is just they should be fulfilled, as we intend this shall. Take a knife therefore Secchi, and cut a pound of flesh from any part you please oftheJew's body. We would advise you, however, to be careful; for if you cut but a scruple or a grain more or less than your due, you shall certainly be hanged. Go and bring hither a knife and a pair of scales, and let it be done in our presence." The merchant at these words protested, "It was far from his thoughts to insist upon the performance of the contract", and begged that the articles might be torn in pieces, in which Ceneda concurred. "But we are not content" pursued Sixtus, and instructed the Governor to pass sentertce of death on both; Secchi, because he was