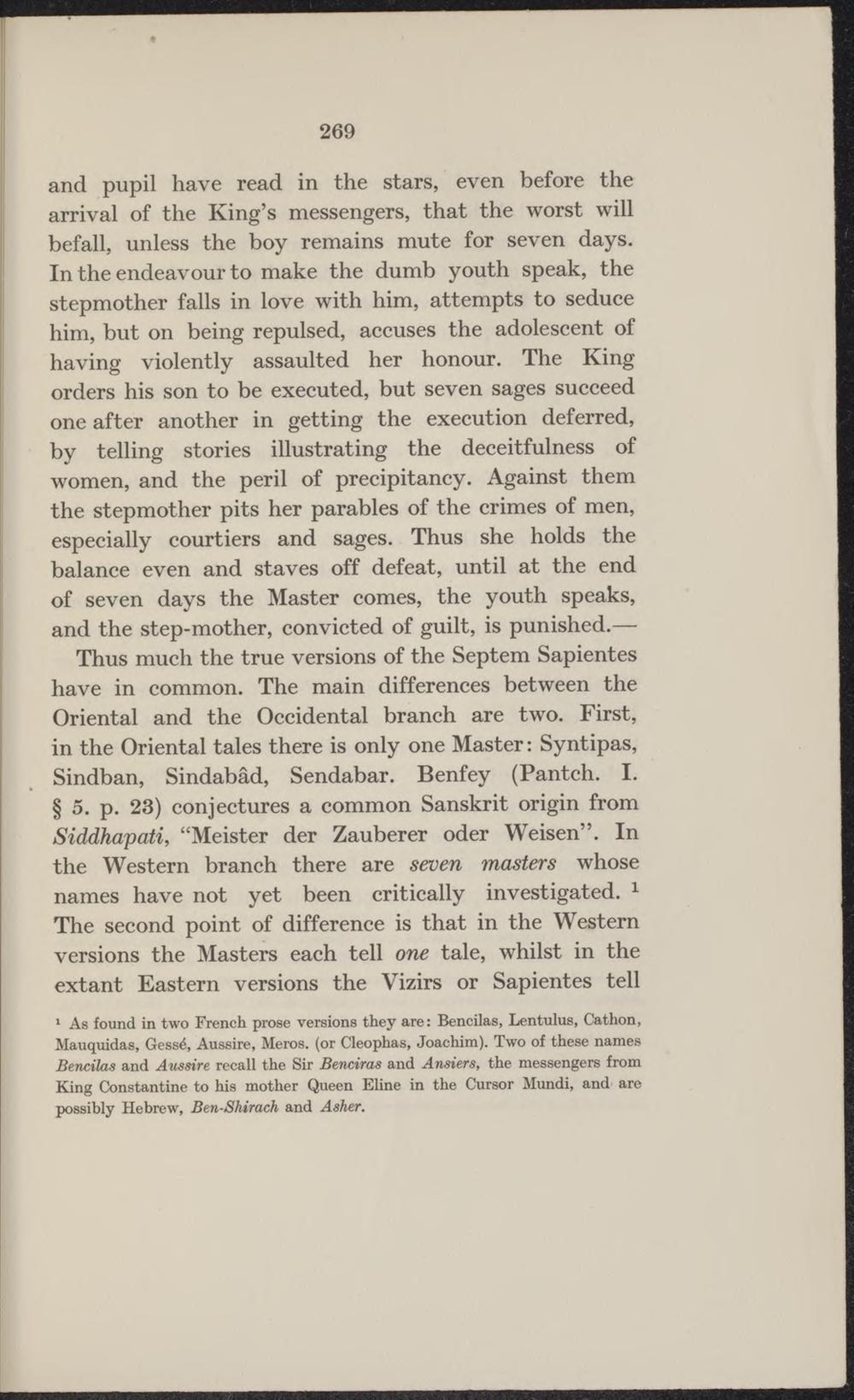 and pupil have read in the stars, even before the arrival of the King's messengers, that the worst will befall, unless the boy remains mute for seven days. In the endeavour to make the dumb youth speak, the stepmother falls in love with him, attempts to seduce him, but on being repulsed, accuses the adolescent of having violently assaulted her honour. The King orders his son to be executed, but seven sages succeed one after another in getting the execution deferred, by telling stories illustrating the deceitfulness of women, and the peril of precipitancy. Against them the stepmother pits her parables of the crimes of men, especially courtiers and sages. Thus she holds the balance even and staves off defeat, until at the end of seven days the Master comes, the youth speaks, and the step-mother, convicted of guilt, is punished.— Thus much the true versions of the Septem Sapientes have in common. The main differences between the Oriental and the Occidental branch are two. First, in the Oriental tales there is only one Master: Syntipas, Sindban, Sindabad, Sendabar. Benfey (Pantch. I. § 5. p. 23) conjectures a common Sanskrit origin from Siddhapati, "Meister der Zauberer oder Weisen". In the Western branch there are seven masters whose names have not yet been critically investigated. 1 The second point of difference is that in the Western versions the Masters each teil one tale, whilst in the extant Eastern versions the Vizirs or Sapientes teil

1 As found in two French prose versions they are: Bencilas, Lentulus, Cathon, Mauquidas, Gessé, Aussire, Meros. (or Cleophas, Joachim). Two of these names Bencilas and Aussire recall the Sir Benciras and Ansiers, the messengers from King Constantine to his mother Queen Eline in the Cursor Mundi, and are possibly Hebrew, Ben-Shirach and Asher.