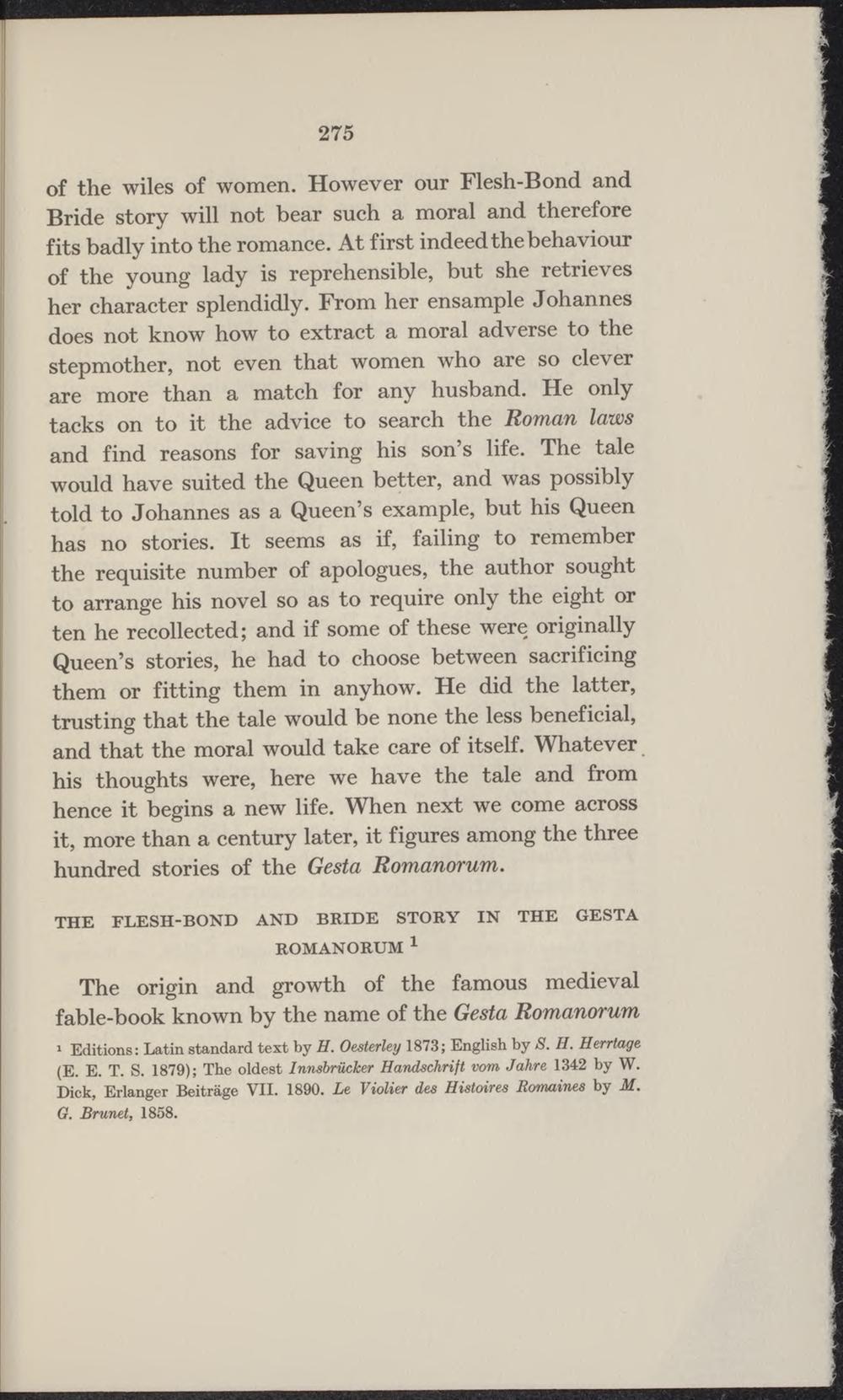 of the wiles of women. However our Flesh-Bond and Bride story will not bear such a moral and therefore fits badly into the romance. At first indeed the behaviour of the young lady is reprehensible, but she retrieves her character splendidly. From her ensample Johannes does not know how to extract a moral adverse to the stepmother, not even that women who are so clever are more than a match for any husband. He only tacks on to it the advice to search the Roman laws and find reasons for saving his son's life. The tale would have suited the Queen better, and was possibly told to Johannes as a Queen's example, but his Queen has no stories. It seems as if, failing to remember the requisite number of apologues, the author sought to arrange his novel so as to require only the eight or ten he recollected; and if some of these were originally Queen's stories, he had to choose between sacrificing them or fitting them in anyhow. He did the latter, trusting that the tale would be none the less benef icial, and that the moral would take care of itself. Whatever his thoughts were, here we have the tale and from hence it begins a new life. When next we come across it, more than a century later, it figures among the three hundred stories of the Gesta Romanorum.

THE FLESH-BOND AND BRIDE STORY IN THE GESTA ROMANORUM 1